Written by Matt F. at 9:45 AM
My Dollar Tree store had 2015 WWE Topps Heritage $1 packs the other day and so I picked up two. They give you just three cards per pack but it's a nice option if you want to check out a newish product for not a lot of money. 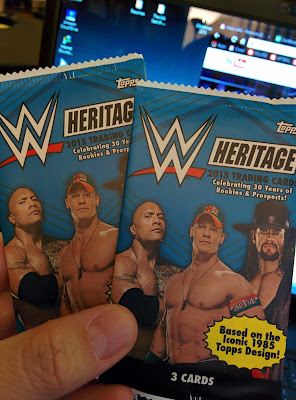 As the front of the pack says, these cards are done in the style of the 1985 Topps design and as I'm staring down the late Bam Bam Bigelow, I'm realizing that I may have to play the "are they still with us?" game with each card. Best known for his unfortunate head tattoos, Bigelow died in 2007 from a drug overdose. 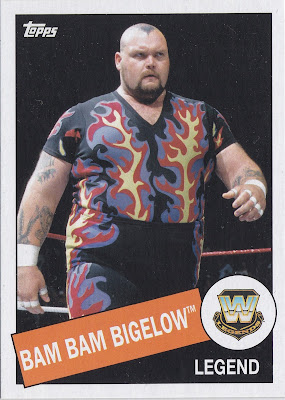 The backs are neon green and I mean so neon green that it makes it difficult to read the biography information at times. 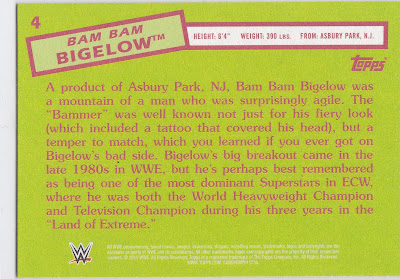 The Bushwhackers were one of my favorite tag teams when I was a kid as their gimmick was at about the perfect speed for an eight year old. Amazingly I'm happy to say both Bushwhackers are still with us as they looked in rough shape in the 1980's and they were inducted into the WWE Hall of Fame in 2015. 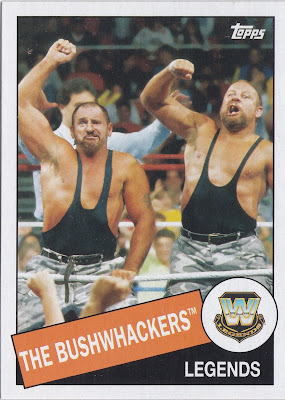 The end of the first pack one gives us Davey Boy Smith a.k.a. The British Bulldog. Another one of my favorites, I remember his famous match against Brett Hart in the old Wembley Stadium. Unfortunately, Smith died in 2002 from a heart attack attributed to steroid use. 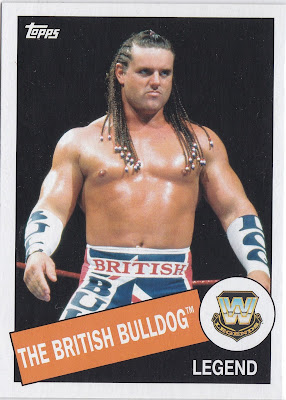 Pack two starts out with two Divas who aren't really Divas anymore. Since the Diva Title has been remade the Women's Title at Wrestlemanis, these cards are a little out of date already. Brie Bella is of course my favorite of the three women and and with Nikki hurt long term, I am glad to see Brie getting some of the spotlight and winning her match at Wrestlemania 32. 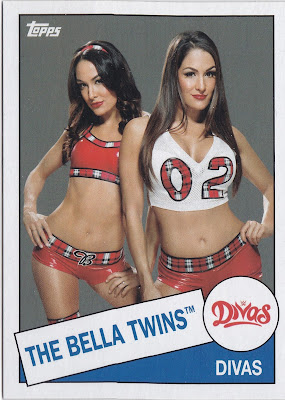 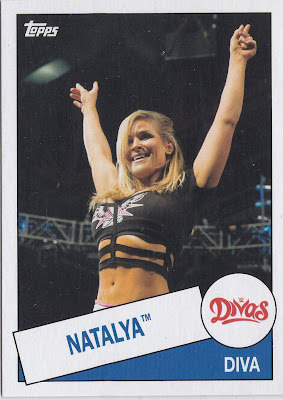 Lastly, we have the Rhythm and Blues tag team from the late 1980's, made up of the Honky Tonk Man and Greg "The Hammer" Valentine. They were managed by Jimmy Hart and fought the Hart Foundation in Wrestlemania V. Both wrestlers are still with us and making trips around the wrestling convention circuits. 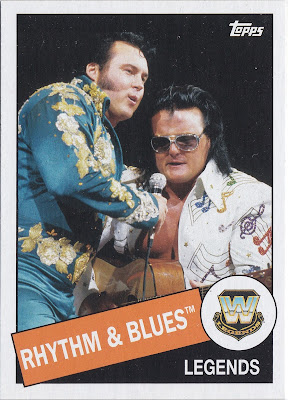