Written by Rebel Coyote at 7:59 PM 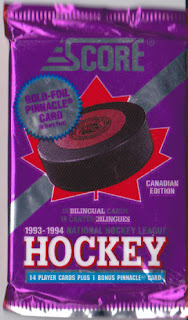 Hockey playoffs in full force. Let's open packs. This is Canadian version of Score hockey featuring english and french translation on back of the card. Pack contains 14 cards and 1 bonus Pinnacle card. 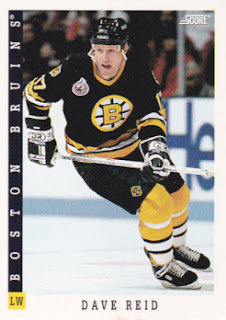 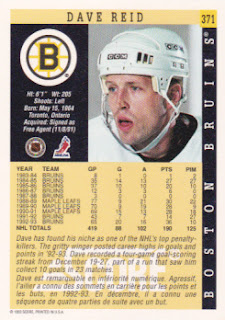 371 - Dave Reid - one of books I read is Hockey Card Stories and he's one of players featured in it. When he played for Toronto he load himself boxes of hockey cards from card shop that the owner banned him. Once ran card shop, but closed it when he went to Boston which is team he's playing for in this card. 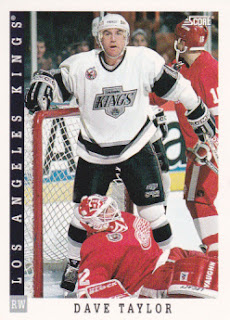 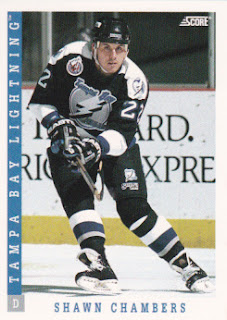 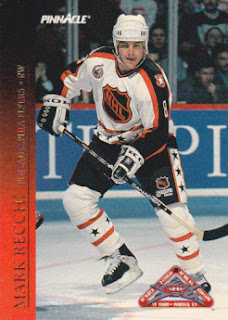 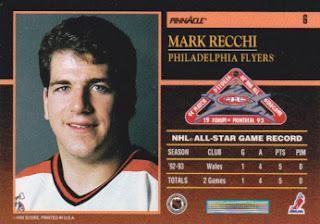 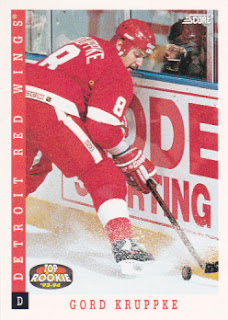 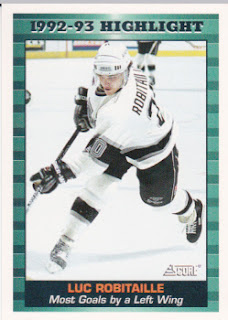 451 - Luc Robitaille - he shoots into the record books 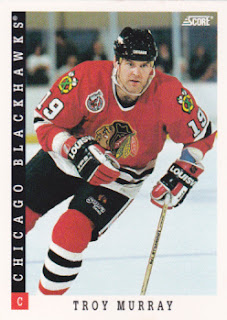 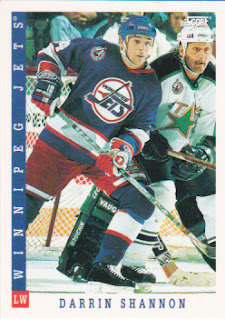 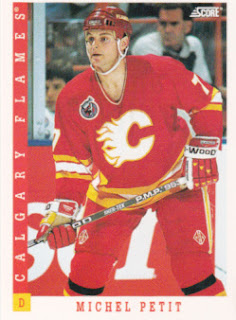 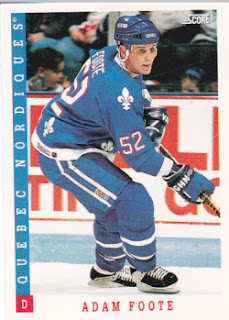 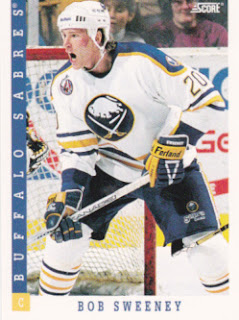 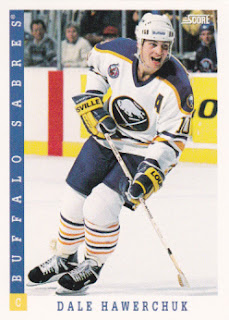 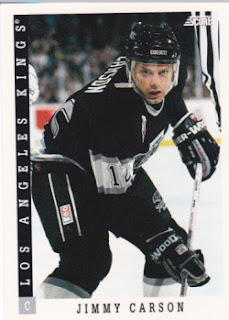 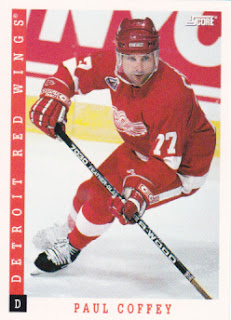 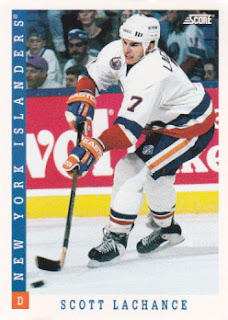 Not a bad pack