Written by Matt F. at 11:35 AM
Back around Christmas time, I received my Secret Santa package from fellow blogger Waxtopia and amongst some vintage Green Bay Packers was a box of 2015 Topps Heritage Football. These cards were available only at Target and ran about $25 for a pack that guaranteed you an autograph. 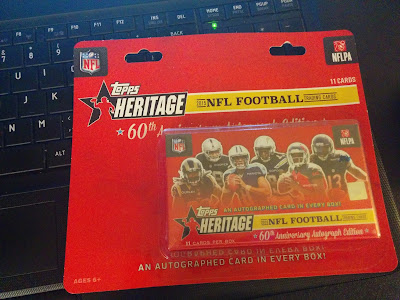 The cards were done in the style of the 1956 Topps design and much of the checklist was made up of rookies along with a few stars and retired players. Each pack came with nine base cards, one foil card, and one autograph. Here are my cards which were all rookie cards with my foil card was New York Jets quarterback Bryce Petty. 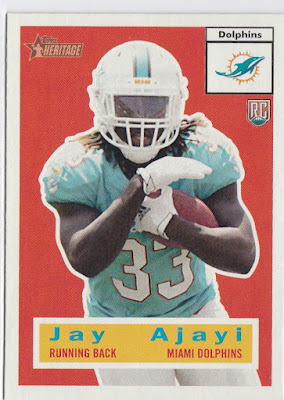 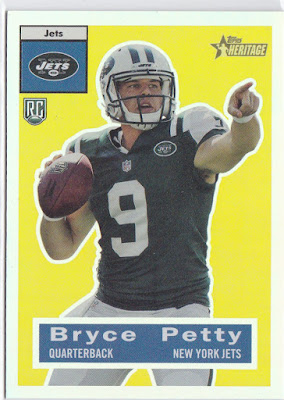 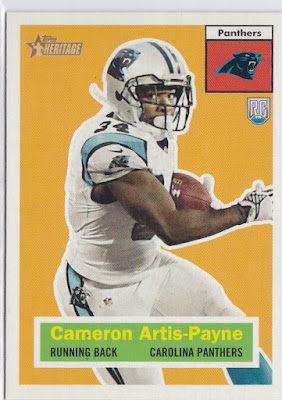 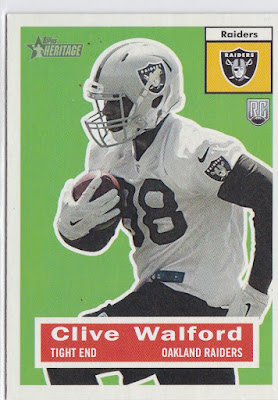 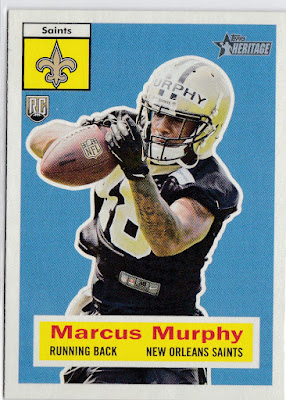 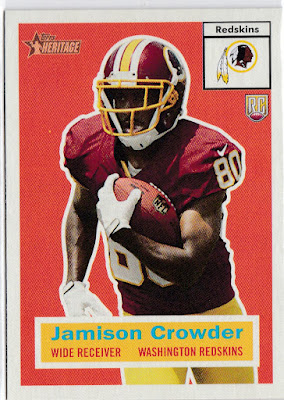 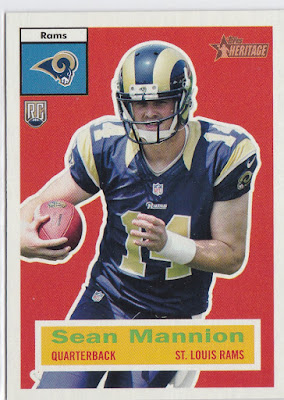 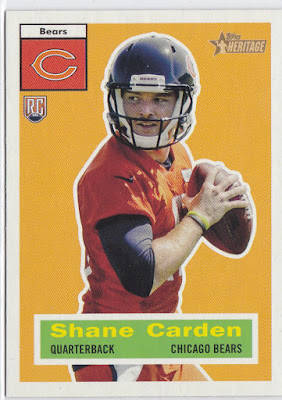 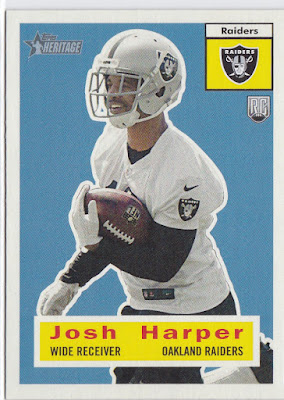 Wow, I pulled a Marcus Mariota RC! That must be worth something, right? Checking eBay, it's worth a couple dollars with the foil version getting about $10. 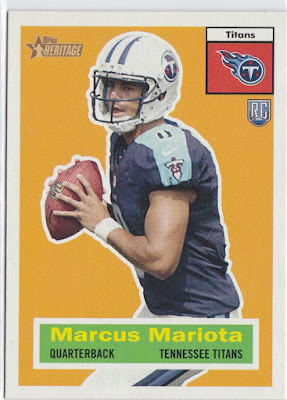 And so here is my autograph. I have to admit, when I saw the Rams logo I thought Todd Gurley for sure! But instead it is Malcolm Brown who appeared in one game in 2015 and had 17 yards rushing. It feels like the only way he is going to get on the field next year would be through injury I'm sad to say. 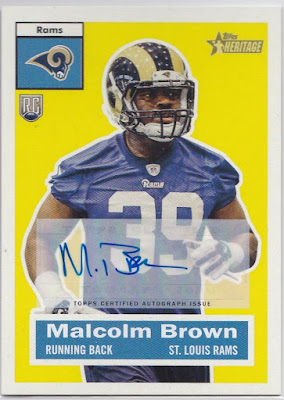 Thanks Waxtopia! I would never have purchased a box of this without your gift and it was a fun, quick rip.