Written by dayf at 9:34 PM
Back in the early '80s Topps dumped a lot of their unsold product in Mystery Fun Packs, which were the repack blasters of their day. Usually the original packs were dumped in those things but sometimes Topps took excess inventory and rewrapped them in generic wrappers like this one: 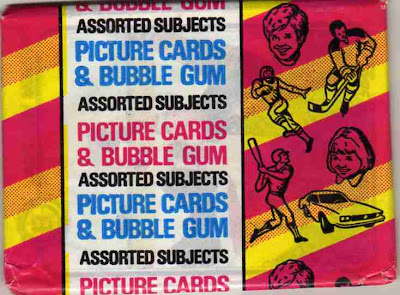 I found this in a rather bizarre dollar box at the Freedom Cardboard card show last weekend. I had seen these online before but I had never encountered one in the wild. Seeing as it was only a buck I thought it would be a neat rip. If you want to see it done live, check out Stale Gum's video recap of the show (it's toward the middle - don't know the exact time). As you see in the video there were also Mystery Donruss packs in there too but I didn't get one of them. Here's the damage: 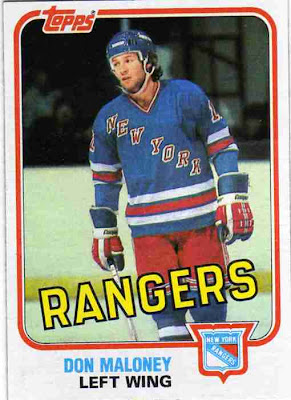 Ah, a random hockey pack! In 1981, Topps' gimmick for its basketball and hockey sets were to have regional cards (east, central, west) with additional cards from teams from that region. So if you were a Boston Bruins fan living in LA, you were screwed unless you found a Mystery grab bag. Topps repacked some East cards in this one including Don here. I don't know who he is, but he scored 29 goals in 61 games in 80-81 which ain't too shabby. 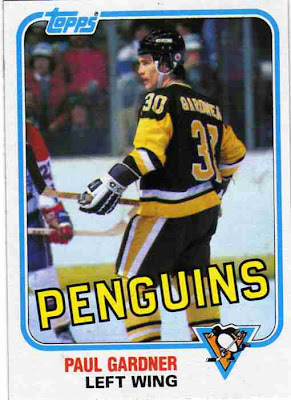 How are players with 34 goals in a season getting relegated to the high numbers? Topps, I do not understand your hockey ways... 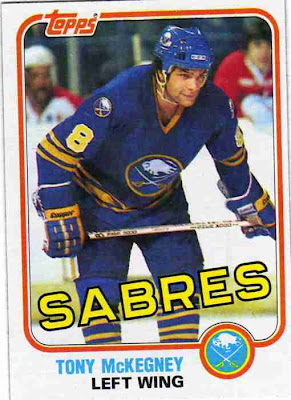 This dude had 37 goals! Were hockey scores in 1981 regularly 9-7 and 10-6? I swear I've heard of this dude, but my hockey knowledge has atrophied ever since the lockout. 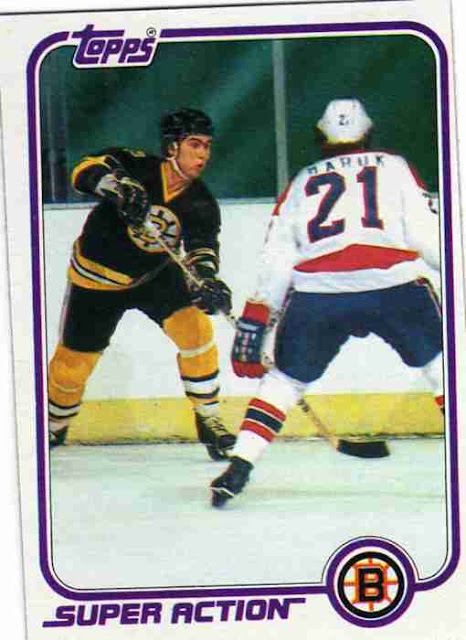 THIS GUY I RECOGNIZE. It's diamond cut and has a gum stain on the back and it's a second year in action card but it's still Ray. There was something that at one point may have been gum but that ship had long since sailed.

So there's yer pack. Ya think I should have gone with the Donruss?

Wow... can't be too disappointed when you pull a second year Bourque. Nice pack!

It's still hockey though...