Written by kevincrumbs at 7:23 PM
Long time reader, first time poster here. I picked up this pack of what looks to be a World Cup/international football edition of Topps Match Attax when I was in England back in the spring of 2010. Let's take a look at the wrapper first: 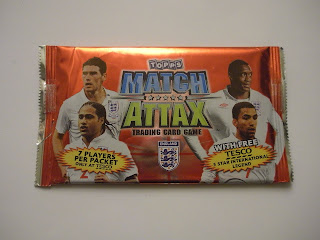 A bunch of England players on the wrapper, including Emile Heskey, Glen Johnson, Aaron Lennon and some other guy (Jamie Carragher?). You can also tell I bought these at Tesco since their darn logo appears twice. 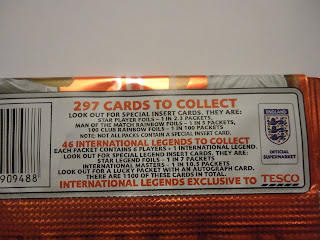 Some details about the set, including insert odds.

Now let's take a look at the contents of the pack: 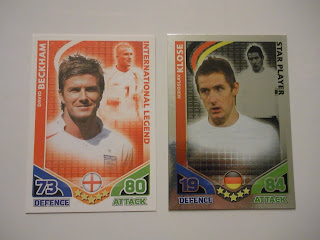 David Beckham International Legend (Tesco exclusive, one per pack) and Miroslav Klose Star Player foil (1:2.3). Becks should probably stop trying to make the England squad, especially since Capello pretty much said that his England career was over. 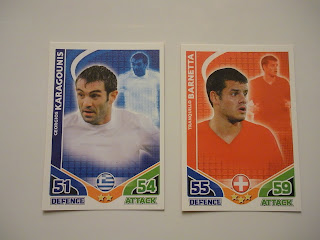 Georgios Karagounis and Tranquillo Barnetta. Tranquillo is an odd name, but he's a good footballer. 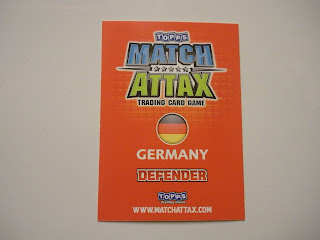 Serdar Tasci. As you can see, the card backs are extremely boring. As for Tasci, he's yet another one of Germany's seemingly endless supply of talented young players. 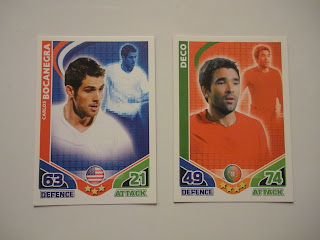 awesome! I'm about half way through that Tesco set myself...

It's about damn time you posted something!

I do think it's kind of annoying that every game/card set has to have the same generic back, but I guess there's probably a reason why you shouldn't be able to identify a card when it's face down.