I think I may have finally found a basketball set to collect. If I embark on this journey, it will be my first NBA set that I've put together since the 1990-91 Hoops complete series (1+2). I've decided this is Panini's de facto base set, since it seems like they didn't bother to put a "regular" set out. The design is a loose tribute to 1984 Donruss baseball. I picked up this hobby pack for $3.25 last weekend, which in hindsight might have been a bit too much to spend. 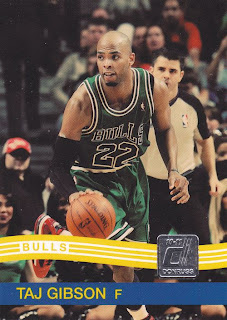 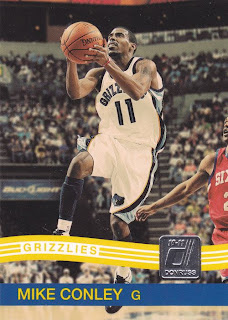 95 - Mike Conley (Greg Oden was supposed to be the sure thing while Conley was the risky pick. It's not like Conley is setting the league on fire, but... yeesh.) 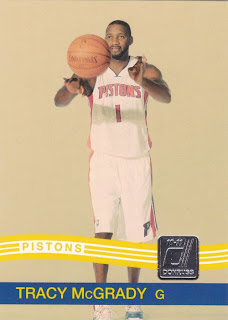 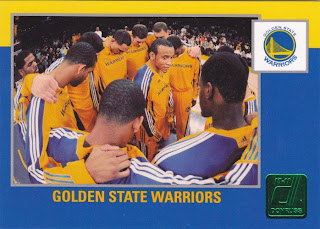 144 - C.J. Miles (This guy single-handedly destroyed the Blazers in an early season game by drilling about 33 three-pointers. I do appreciate that this set seems to mostly use photos from the current season, as evidenced by the new/old Jazz jerseys.) 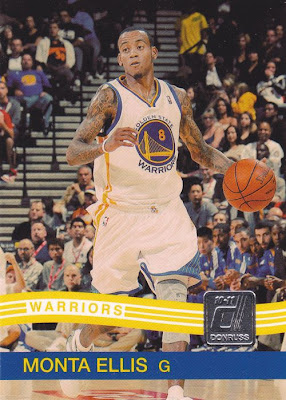 190 - Monta Ellis (Same thing here. This is the 2010-11 Warriors jersey. The downside is that almost all of the photos are single player close-up shots like this.) 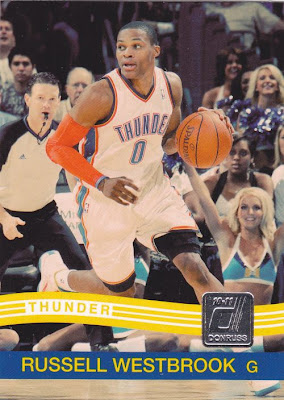 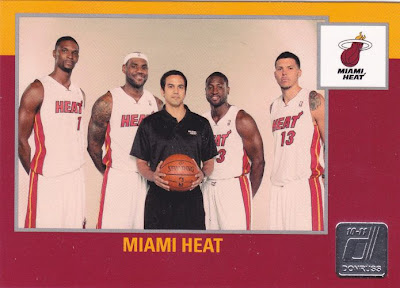 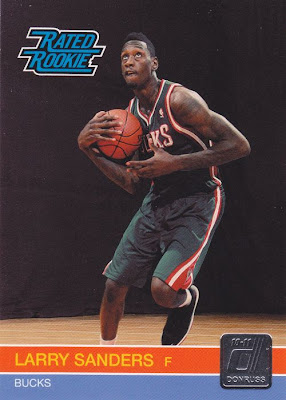 242 - Larry Sanders Rated Rookie (They didn't quite nail the Rated Rookie logo, but the spirit is there. Hey, this doesn't look at all like Garry Shandling.) 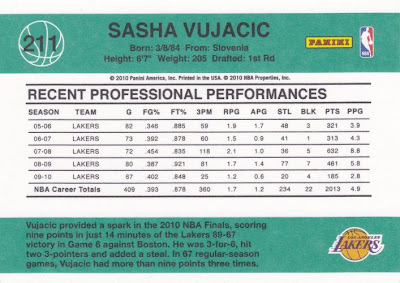 We liked this set too- check the back of that green foil one. Should be numbered.

After our contest is done, we'll send you a few off your wantlist! -Andy

If MLB/MLBPA ever adds a second license, I hope it goes to Panini and not Utter Dreck.

I'm waiting for the basketball sticker books to come out later this month. That'll be my first set quest since 95-96.
--Jon

I'm like you. This is my first set since 90-91 hoops. It's getting my daughter into basketball card collecting! We're collecting it together!