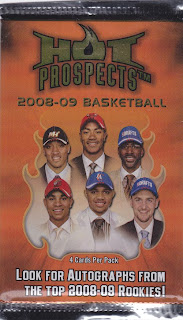 I ended up going a little NBA crazy at a recent card show. This pack - not quite deterred by the terrible looking wrapper - ended up costing me just 86 cents (give or take a few pennies.) No top rookies were harmed in the breaking of this pack. 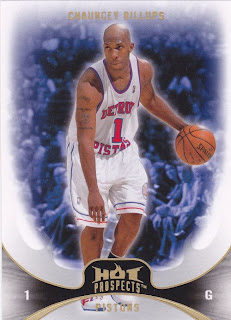 7 - Chauncey Billips (Hot prospect indeed. Chauncey B-B-B-Billups! The Park Hill, CO native returned to the Thuggets Nuggets in the first week of the 2008-09 season, perhaps to try to restore some sanity to that franchise.) 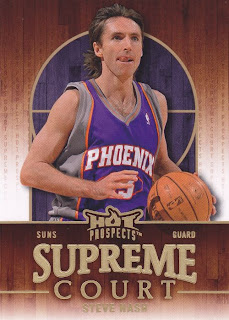 SC-15 - Steve Nash Supreme Court (Supreme Court was the name of an early '90s NBA Hoops insert set that other card companies seemingly use at random whenever they see fit. Steve Nash is old and needs to put his tongue back in his mouth.) 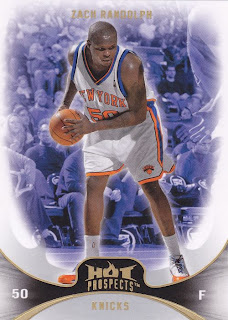 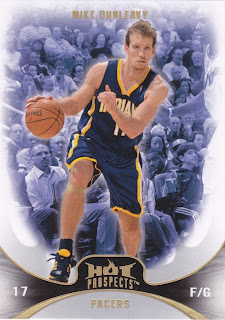