Written by SpastikMooss at 9:26 PM
Pursuit of Red Sox recently sent me a bunch of cards from across the pond. I'm not sure if I'll open all those here, as I may end up regifting them to my brother, but one pack was already opened so I figured I'd post it here in honor or John! Here goes:

Start with the package. Nothing too special here since it's just a base set: 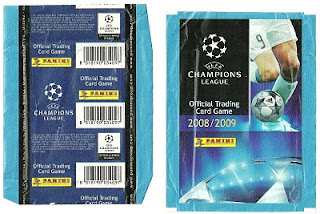 I'm not quite sure what this is: 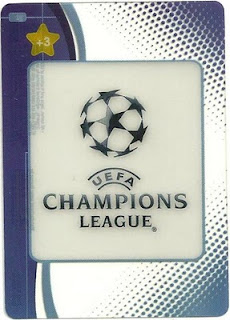 I guess you get +3 added to something if you use it? It's kind of weird because the cards don't show too much behind the card. Too tricky for me I guess! 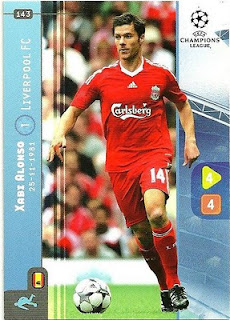 A 4 attack and 4 defense...I wonder if that's good for a game? Maybe there's more info on the back: 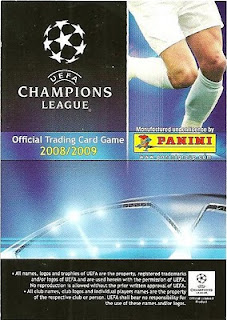 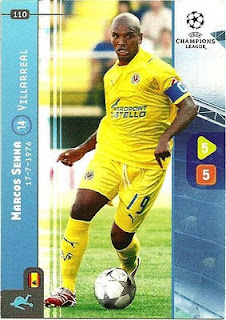 Yellow soccer uniforms look sweet. Also Senna might rule at this game with his 5 5 combo. Unless it's on like a 10 scale. Because then...whoops! 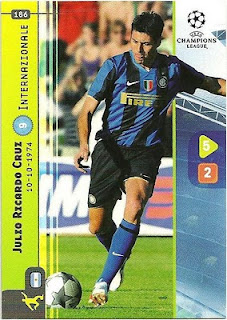 5 2 now. Crappy defense. Ahhh well. Also what is up with the number next to the name? Julio's is 9, coming after a 1 and a 14. Is this a scale? It's not their number, because the first card was a 1 and the uniform says 14. I wonder what it could mean? 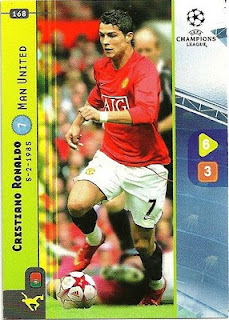 I know him, so I'm guessing he's a good card. 6 3 still doesn't seem awesome, but 6 is the highest we've seen for a number. Let's see if this last guy beats him out. 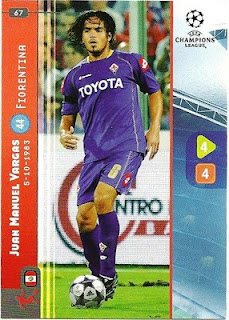 With the offense defense, he does not beat Ronaldo. With the random number on the left hand side, which is 44 here, he DESTROYS the competition. And his jersey number is 6. Craziness.


Final card is an insert thingy: 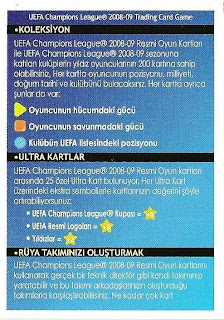 It tells you all the rules, but all the words are in another language, so I can't read them. Nice of them to put the English trademark at the top though. Niiiice Panini.

this was an awesome post... as i'm scrolling, i'm trying to figure out the game... and then you get the explanation, in some crazy nordic language! awesome!

The blue number is the UEFA club ranking of the players team. It is written in Turkish I believe.