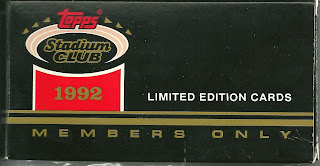 I recently grabbed a 3-lot of these Members Only "packs" in an effort to finish off the very picked-over sets won in a giant lot of stuff. I'm doing everything Stadium Club baseball now so this was supposed to be a simple baby step goal. Turns out it's a pain in the "member" as it were. At any rate, take a look at what was in this particular box/pack/thing. 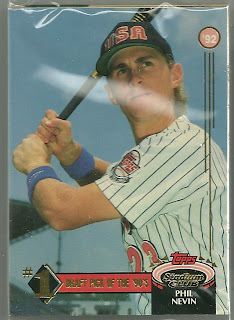 Showing right on top of the contained clear plastic pack inside the box is one of the reasons I grabbed this lot. Well, not exactly since I already had Mr. Nevin there, but the point is that each set came with 1 of 3 Draft Pick cards (the others are Chipper Jones and the famous Brien Taylor) and Nevin is the only one I had. Bummer. 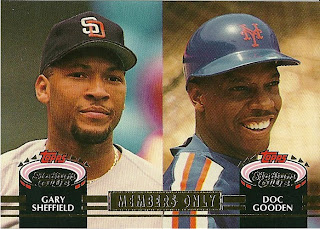 Guess which one of these guys I like better? 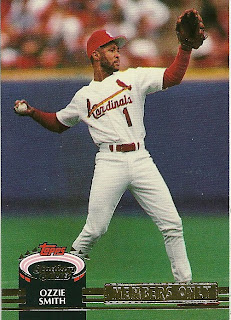 Awesome! Ozzie doing what he does best: defending! 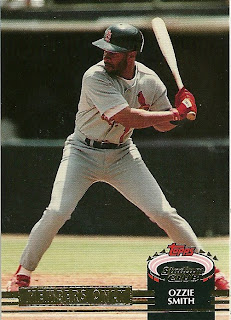 Sweet! Ozzie doing what he does second best: standing at the plate. 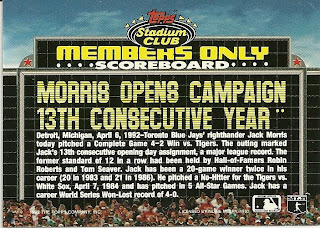 Here's what the back of these bad boys looks like. Each player in this set is in the set for reaching some milestone or breaking some record. Jack Morris was the Opening Day starter for his team of the 13th consecutive year. Dude won 21 games in 1992. 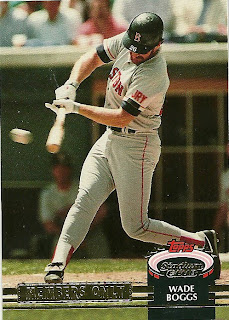 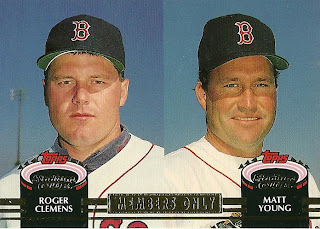 Guess which one of these guys still has his self-respect? 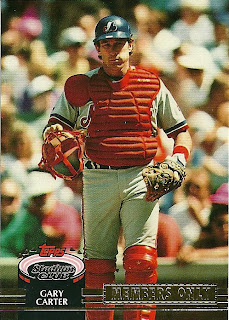 Not good news about Gary recently. Brain cancer is not the death sentence it once was, but it's a tough disease to battle. They quite literally don't get much more tough than Gary Carter, so I've got good feelings going his way for his fight. He's one of the good guys and a fellow collector, so I'm thrilled to pull his cards and root for him any day. 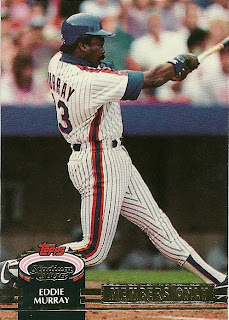 Talk about tough. A Night Owl badass for a reason. and inducted to the Hall of Fame the same year as Gary Carter. 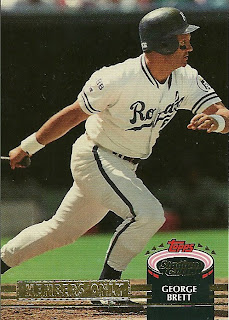 If this dude doesn't get into Night Owl's badass club, it will be a shame. Of course, things like this (NSFW link there) don't exactly make you sound cool. 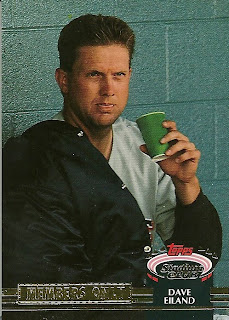 I can't think of a more disappointing way to end this post. We've got a group of top notch players at the top of their game looking great in high quality photos and we end with Dave Eiland drinking a Gatorade in the dugout. I'll let you guys guess why he's in this set. The winner gets a cup of Gatorade next time I see you!

I opened three of these, so feel free to check our blog for the full results. I promise I pulled 0 more Dave Eiland cards.

Andy - Any chance you will trade off the Red Sox? I don't own a single Members Only Red Sox card yet.

I'm guessing the Eiland card is for hitting a homer in his first ML at bat.