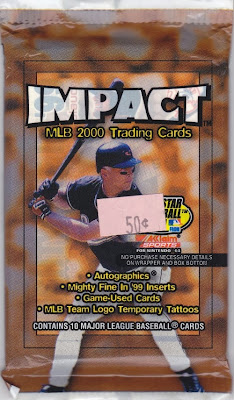 Every company at some point has taken their turn at putting out a product to "bring back the kids" to the hobby, so to speak. This was Fleer/Skybox's effort, apparently, as they offered up an affordable product with few frills. 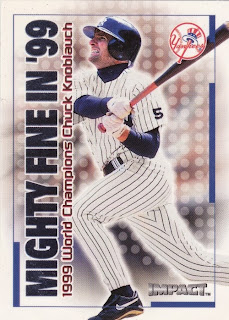 12 of 40 MF - Chuck Knoblauch Mighty Fine in '99 - This is an every pack insert that I probably don't need to explain. All I can think of when I see Knoblauch's name is lame Chris Berman puns. 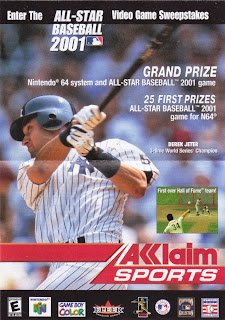 - Acclaim Sports ad - This folds in half and advertises a game I never would have played in 2000. I was loyal to the Triple Play series and, later, the 2K games because of NBA2K. Of course, now I wouldn't mind giving it a spin. 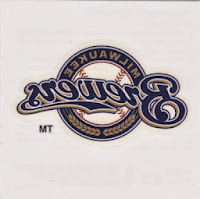 - Milwaukee Brewers Temporary Tattoo - Now we're talkin'! I love stuff like this in packs, though I could've certainly asked for a better team. These are apparently a 1:4 pull. 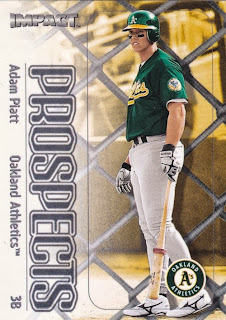 181 - Adam Piatt Prospects - Piatt failed to live up to a promising rookie season and ended up in the Mitchell Report. Somehow. 194 - Jason Schmidt - This is the standard base card look. It isn't the worst thing I've ever seen, but is definitely pretty dated looking. 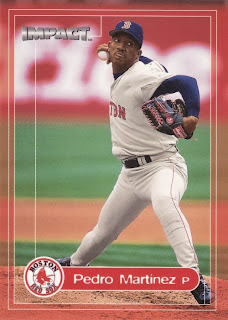 81 - Pedro Martinez - Great pitcher. Not too sure about his broadcast analysis skills yet. 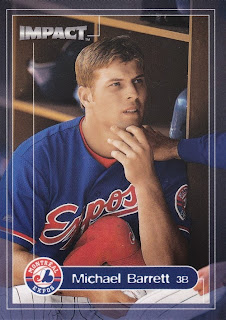 122 - Michael Barrett - I didn't know that Barrett mostly played 3B for his first couple of seasons before becoming a full time catcher. 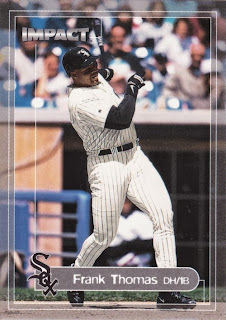 31 - Frank Thomas - Simply one of the best offensive players of his era. 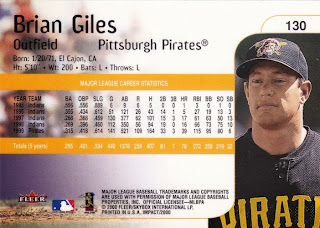 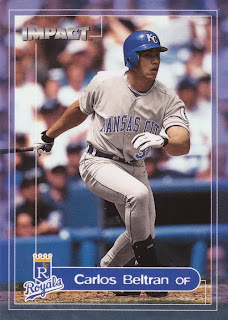 103 - Carlos Beltran - I hate to admit that I had no idea who Beltran was until the Astros picked him up for a playoff run some nine years ago. 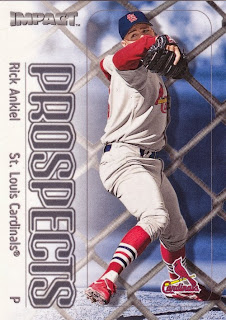 84 - Rick Ankiel Prospects - I can't believe that it's been 13 years since the Ankiel playoff meltdown. 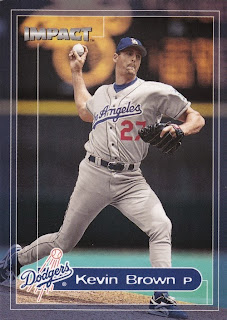 184 - Kevin Brown - He won a World Series, pitched a no-hitter, and made 6 All-Star teams. And no one talks about him. No one even collects Kevin Brown. Is his name too boring?

Email ThisBlogThis!Share to TwitterShare to FacebookShare to Pinterest
Labels: 2000 Impact