Written by Rebel Coyote at 9:25 PM 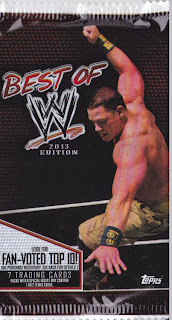 Topps with another WWE product. It's called Best of WWE 2013 Edition. Decide to be make this different featuring cards of top 10 "moments" of this fed voted on WWE.com and stuff that happened on shows from 2012 and 2013. 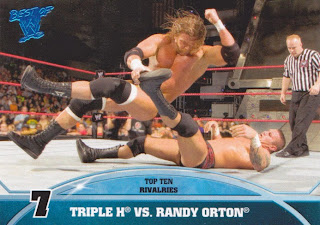 Top Ten Rivalries - Triple H vs Randy Orton - no. 7. I remember this feud in 2009 because Randy Orton booked like a psycho attacking every McMahon including Stephanie who finally revealed to be Triple H wife in real life. After a great build (who didn't enjoy Orton RKOing Stephanie or kissing her in front of Triple H who was handcuffed to the ropes?) they proceed to have a boring main event at Wrestlemania 25.

For those who don't keep up both are now friends (don't ask, its wrestling where friendships are broken and remade) because Triple H thinks Randy Orton is best for the business. 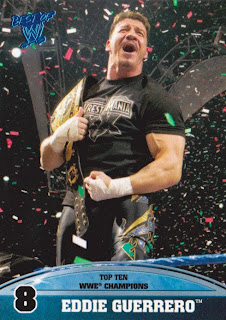 Top Ten WWE Champions (Modern Era 2002-2013) - Eddie Guerrero - No. 8 on this list. A feel good story after escaping his personal demons. I enjoy his championship run on Smackdown and help made JBL whom he lost the title to. Sadly he passed away in eight years ago. 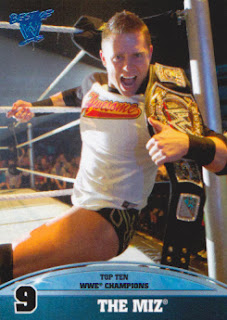 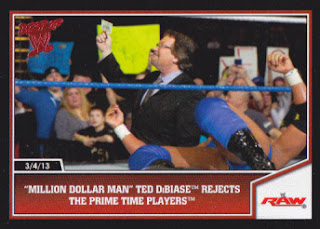 Ted DiBiase Rejects The Prime Time Players - footage from RAW Classic episode where RAW went retro with classic old logo and blue ring, ropes, and apron. DiBiase was on ringside with PTP who end up losing to Team Hell No. After the match DiBiase shoved $100 in mouth of Darren Young. I'm pretty sure Young has more things enter his mouth than bills. Just a nothing moment. 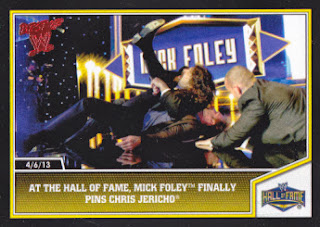 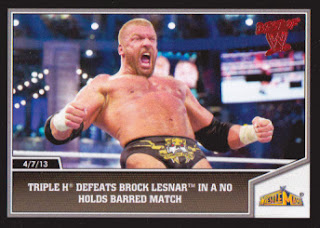 Triple H defeats Brock Lesnar at Wrestlemania 29 - strangely I still haven't seen WM29 to this day. I heard this match was good. This was second of third match they have within 9 month span. 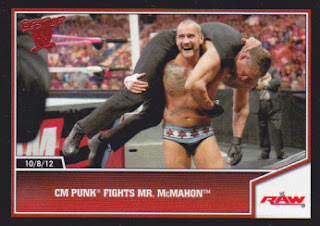 CM Punk vs Vince McMahon - now this moment deserves to on Best of set.Cocky champion who claims to be the best in the world vs owner of WWE. Both had fun match together which was throwback to Attitude Era.

Promising set but missed the execution of it. Maybe they add extra "useless" best of moments to fill out a card set.