Written by Jafronius at 9:17 PM
Greetings!

Hope everyone is doing well.  How nice of the NBA to schedule their Opening Night in-between Games 5 and 6 of the World Series.  Unfortunately, Marv Albert (YES!) didn't tell the Bulls that there's a game to be played.  Bummer.  Opening Night cannot pass without a pack to open, so here's some 2010-11 Panini Rookies and Stars Basketball! 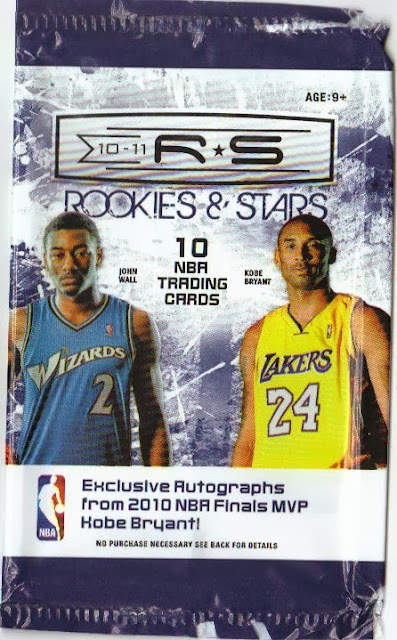 To be honest, I don't know why I picked up a pack of this at Target.  I must have been going through some serious basketball card withdrawals at the time.  I've become reliant on the quick, $2 Topps pack for my cards fix.  For now, I'm stuck with Panini if I want a pack of basketball cards.  Hurry up NBA and spread the wealth a little...otherwise, there'll never be a single card that will have Derrick Rose's complete lifetime stats.

There was 170 cards in the set, with several subsets and the usual lack of a natural background.  Here's what I got: 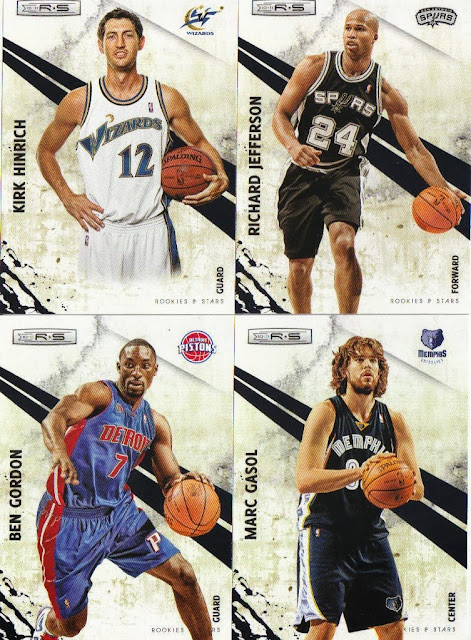 4 cards in, and no rookies or stars.  I guess you can make a case for Gasol, 3 years after this set.  Gordon was beginning his decline, Jefferson was too erratic to be considered to be a star, and Captain Kirk would get hurt if you looked at him funny. 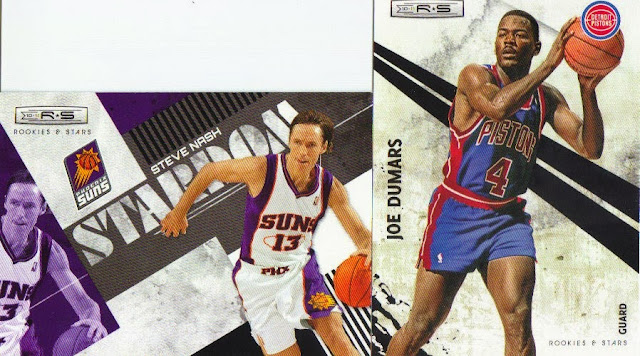 Finally, some stars.  Too bad it comes in the form of an insert and a retired player. 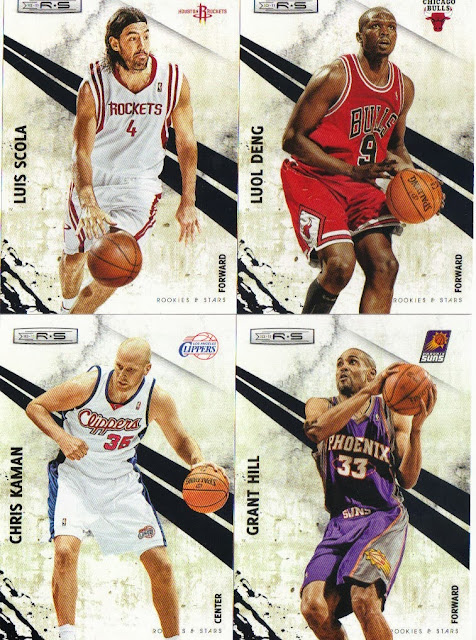 I think Deng can be considered to be a star.  He's all the Bulls had before Derrick came along.  Kaman was supposed to be a star, until he didn't become one.  We close the pack with a former star.  Close enough, I guess.

Here are some card backs.  Hey look, it's recycled images and one line o'stats! 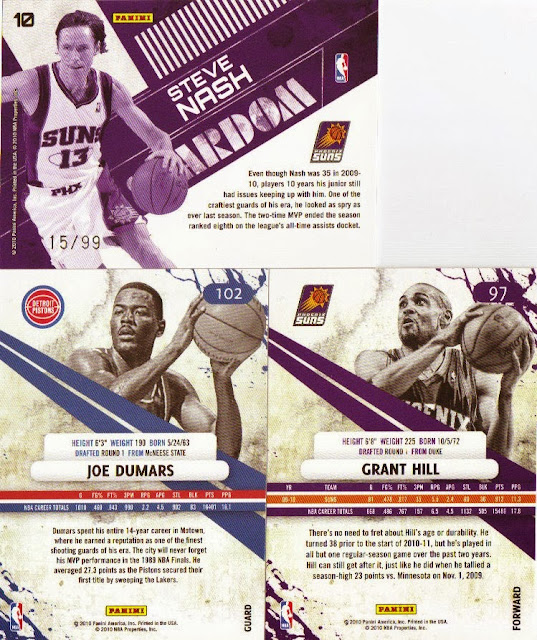 Anyway, that's the pack.  Enjoy the NBA season!  I'm counting down the days until the Paniniopoly ends.  Thanks for reading!