Written by Jafronius at 12:08 AM
Greetings!

Hope everyone is doing well.  Yesterday marked my 2 year anniversary posting for APTBNL.  In keeping with tradition, I must briefly veer away from posting a sports pack and move into the realm of television entertainment.  I found a pack of this at the local Dollar Tree a while back...it's a pack of 1997 Skybox Star Trek: Deep Space Nine Profiles! 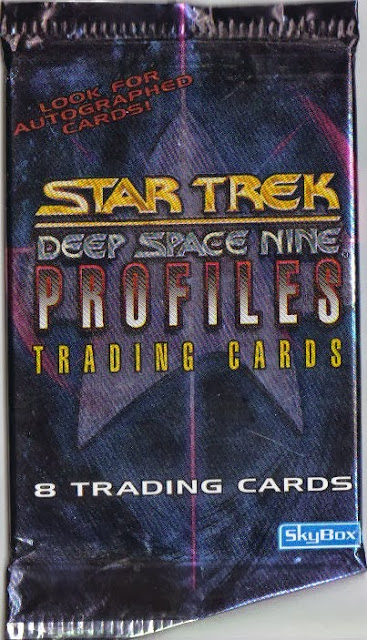 At first I was pretty excited to find this pack there, as this set came out towards the tail end of my TV show card set buying days, and I did not get many packs of this.  I had a glimmer of hope that there'd be more of these packs lying around and I could pick more up.  Unfortunately, when opening the pack, I heard the familiar cracking sound us card collections hate to hear.  You all know what happened next.  Here's the pack: 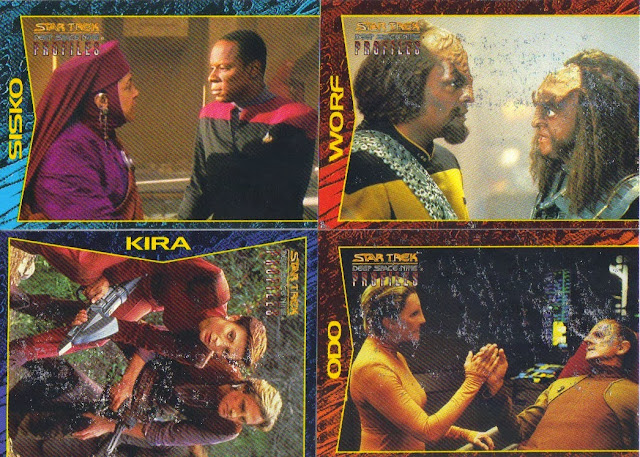 As expected, the Sisko card came out fine, but the rest have that glossy stain on them.  This pack's the victim of being packed in and untouched for what, years?  Ouch, quite depressing.  Here's the rest: 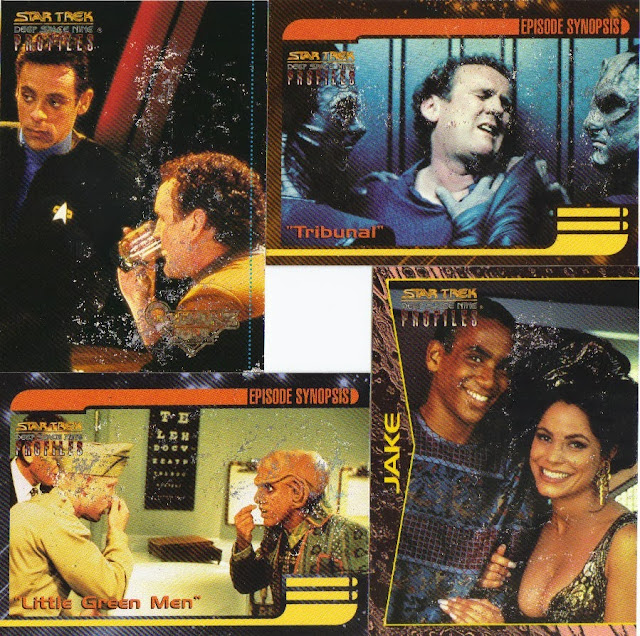 According to the back, this is an 81-card set.  The Quark's Bar cards come 1 in every 3 packs.  As you can tell by some of the card descriptions, this set is meant to give insights into the DS9 characters, given by his or her co-workers, friends, and enemies.  The episode cards are specific to the character, helping to further flesh them out.  For some reason, I enjoy the Jake Sisko showing his mack-daddy skills card.

Here are some of the backs: 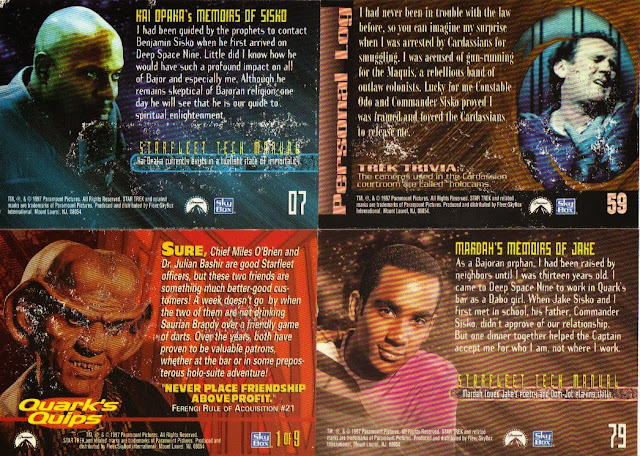 Since the Jake card was the last card in the pack, the back of his card is spared from the damage.

Anyway, that's the pack.  More later.  Here's to the next year of posting on this site.  Thanks for reading these past couple of years!

Ah yes. One of my favorite Star Trek Series! Too bad the cards decided to become gluey.

I've been giving thought to picking up a box of ST:TNG cards, but then I think maybe that is a road I don't want to walk down.