Written by Jafronius at 12:28 AM
Greetings!

Hope everyone is doing well and getting ready for the weekend.  Two years ago today, I followed up my inaugural post with a pack of 2002 Topps Series 1.  Well, imagine my surprise when I realized there was no Series 2 representative on APTBNL.  This injustice must end, so here it is:  2002 Topps Series 2! 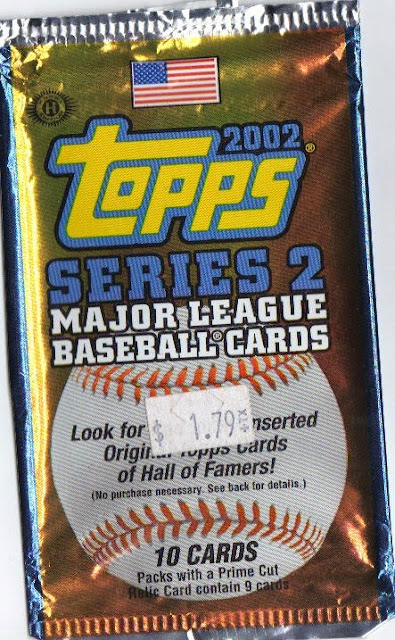 There were 354 cards in the set.  Joe Mauer was the big rookie card.  My over two year old Beckett says Rich Harden and Josh Barfield were big names too, but not so much nowadays.  Get ready for orange borders and ribbon names...here's what I got: 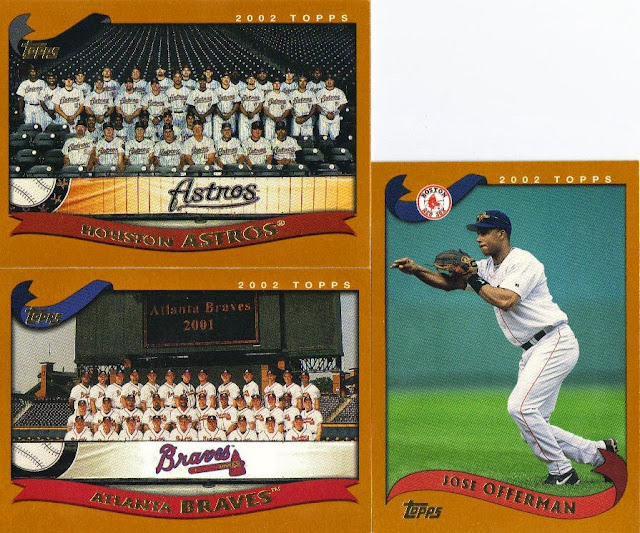 Class pictures of the Astros and Braves start the Hobby pack.  Is it me, or are the seats the Astros sitting in seem to go on forever?

...OK, per baseball-reference.com, he was signed and released by the Expos in February / March 2002
before being signed by the White Sox, his final team; he never played a game for Montreal.  Looks like the
Angels did the same thing to him a year earlier.  I wonder if there's a picture of Jose as an Angel.  Yeah, that
sounds odd.

The Lawton card is one of those serial-numbered cards, but I forgot to note the number before filing the card
away.  If I remember to find out, I'll update the post. 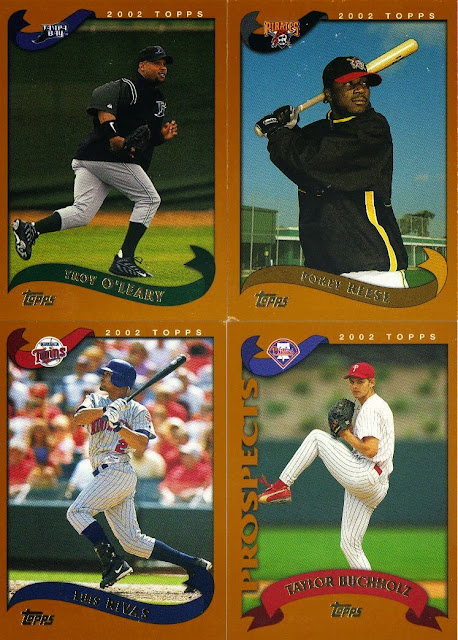 Poor Pokey card...got a dinged corner as well as some scuff marks.  Here are some backs for you: 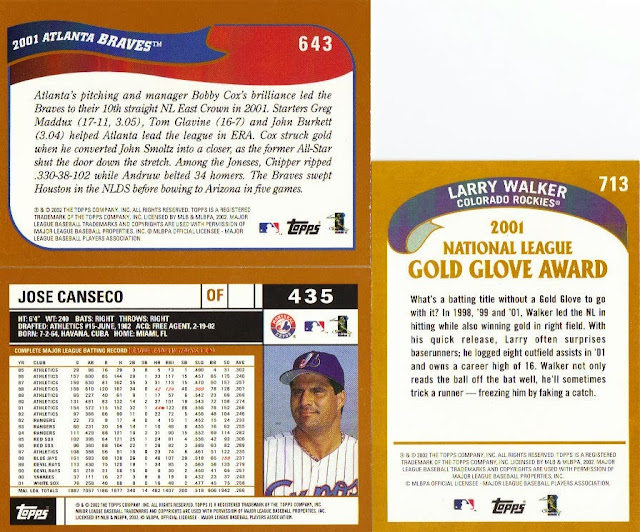 Anyway, that's the pack.  Nothing that screams Hobby pack about this one, oh well.  Have a fun weekend...thanks for reading!

The borders... are so... russsstyyyyy