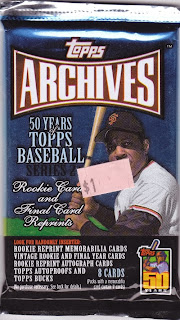 Long ago, Topps Archives was a beautiful thing, rather than the floppy mess of a tribute set that it is today. I think we're still better off with it in its current state than without it, but it's never going to be my favorite set to collect until they somehow find a way to not make it seems like it's a compromise. This set is all about thick reproductions of older Topps cards with a glossy finish for some reason. And there's the gold logo. Not bad! 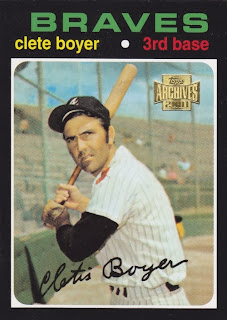 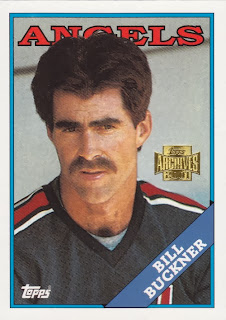 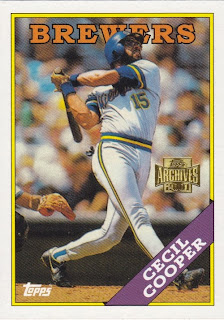 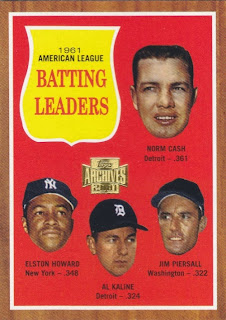 433 - 1961 AL Batting Leaders (1962) - I think I got the card number right. They are seriously hard to read as Topps tried to make them as small as possible as to not intrude on the design of the original card they were remaking. Floating heads = always great. 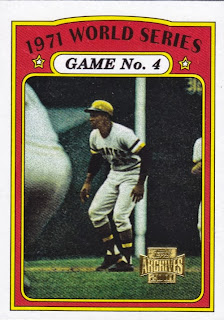 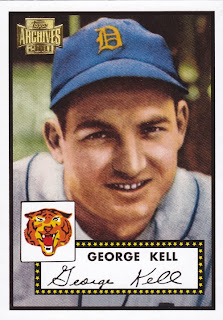 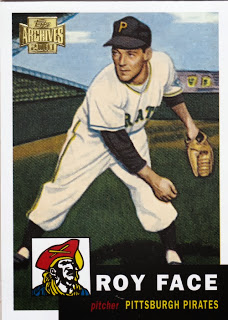 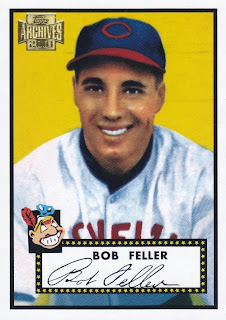 229 - Bob Feller (1952) - Whenever I think of Feller, I think of an article from an old Beckett magazine that I had when I was a kid that was titled "He was a pretty fast Feller".