Written by Rebel Coyote at 8:38 PM 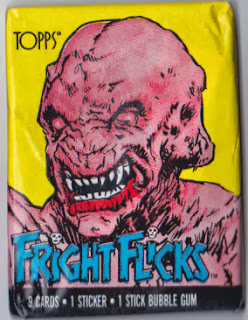 With Halloween coming up in few days how about busting packs? I found pack of these in hole-in-a-wall shop in downtown Austin. Topps produced these in 1988 featuring movie still shots of certain horror movies. 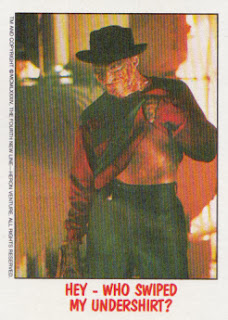 18 - It's Freddy of A Nightmare on Elm Street lifting his shirt. 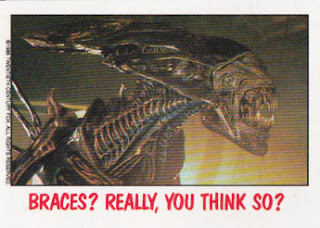 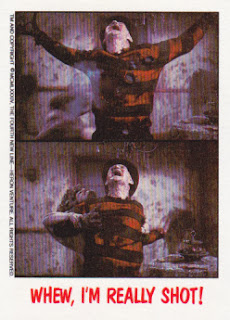 61 - Freddy gets shot (A Nightmare on Elm Street) 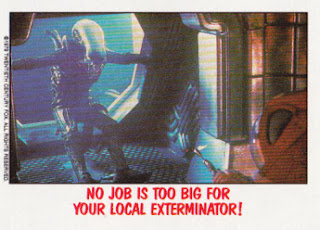 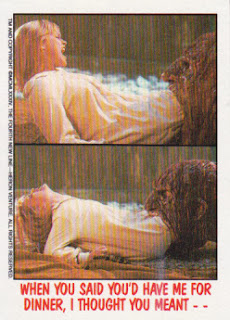 52 - She gets eaten (scene of A Nightmare on Elm Street) 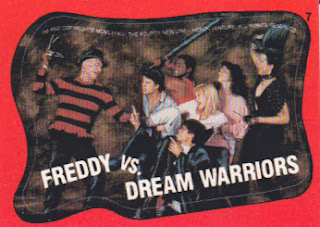 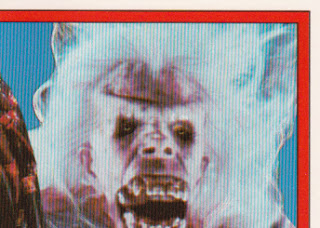 Sticker card of Freddy vs Dream Warriors. Back of the card is a picture puzzle 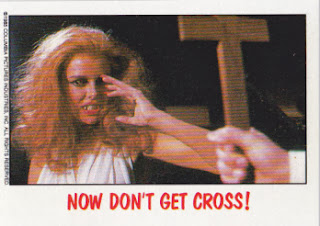 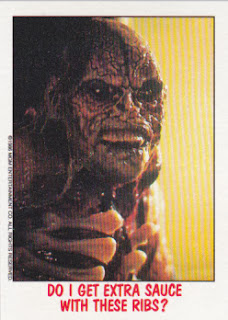 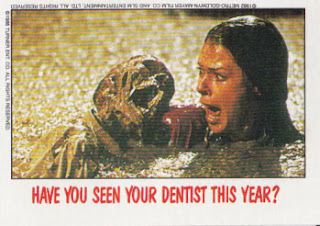 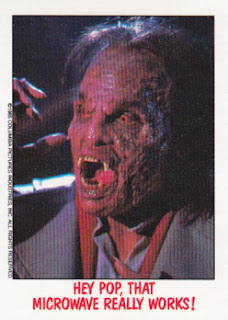 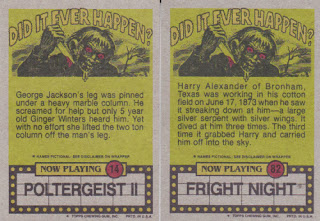 I want a set of these. Very, very cool.