Written by Jafronius at 11:08 PM
Greetings!

Hope everyone's ready for the weekend.  My eldest son turned 7 today.  Man, time sure does go by fast.
Speaking of the passage of time, at this moment 30 years ago, millions of boys across the country were enthralled with the premiere 3-part episode of a series that just happened to have a tie in with a line of new toys produced by Hasbro.  Oh yeah, you want to see it:

That's right, The Transformers premiered with the 3-part "More Than Meets The Eye" on September 17, 1984, meaning part 2 aired 30 years ago today.  Who would have thought that 30 years later the show / toy would be just as popular with today's youth as it was with us?

Hasbro's been doing it's part to celebrate 30 years of Transformers, and here's the closest thing to a pack I could find...it's a 2014 Goldie Transformers Collectible Figure! 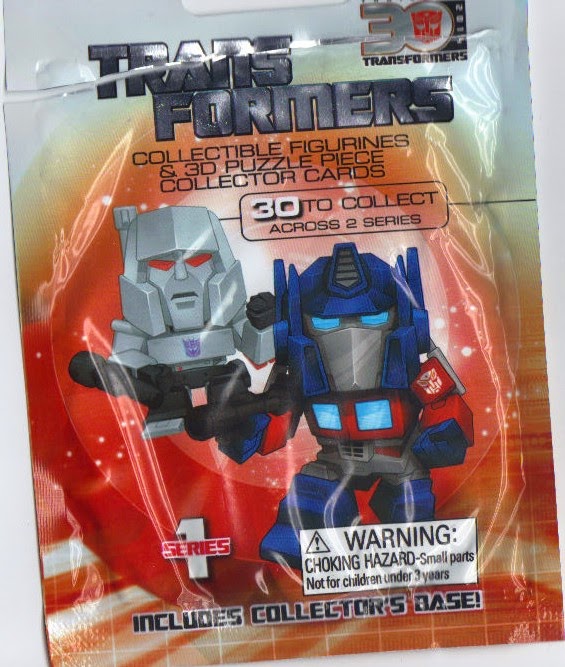 Each pack comes with a figure, a stand, a collector card with a 3D puzzle piece on the back side, and a checklist.  I believe the pack cost 3 bucks.  When we came across these, I had my youngest son choose the pack for me.

Here's what the checklist looks like when opened up, front and back: 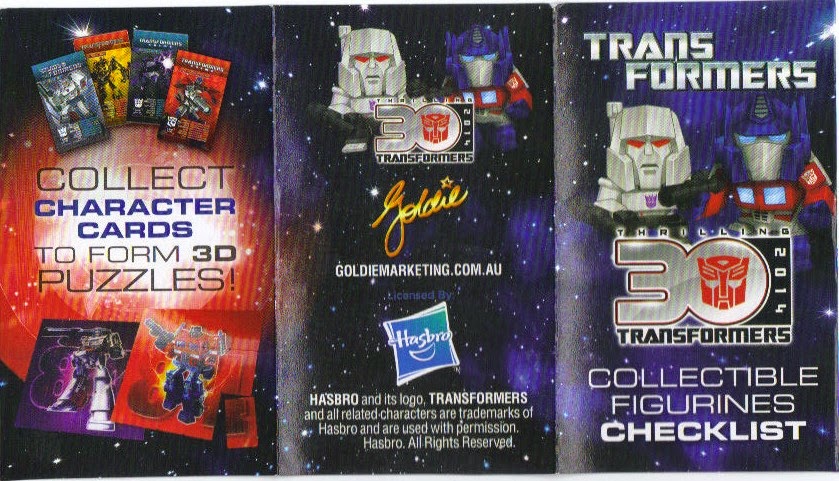 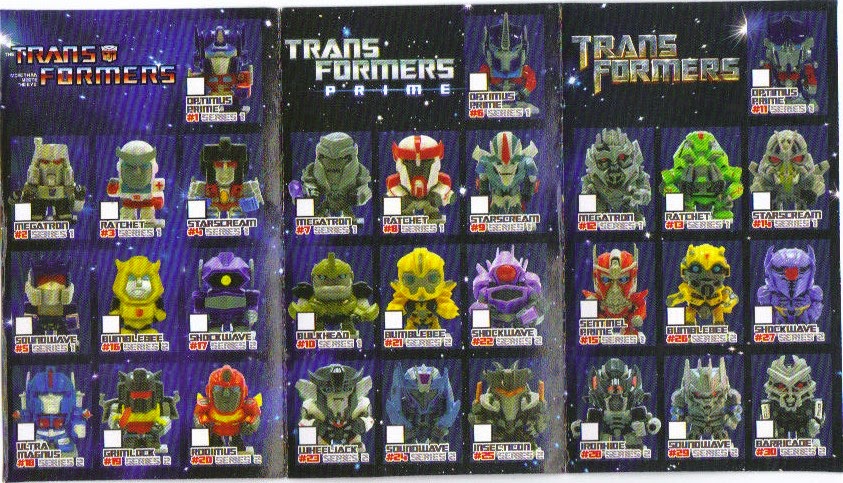 So, there's 30 figures in Series 1, 10 each from Generation 1, Transformers Prime, and the Bay-verse.  The
gravity-feed box showed some of the figures on it; my son asked if he could have the toy if I got the green one, which I believe was Ratchet.  I'd be pulling for any of the Generation 1 figures, of course...who'd I get?

Nice pull, son!  Too bad it wasn't the green one!  Not a bad looking figure; there's no articulation at all, in case any of you were wondering.

Here's the front and back of the collector card: 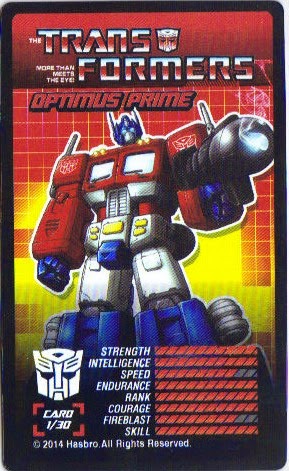 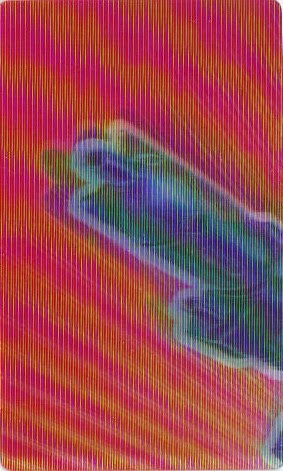 Not a bad looking card.  In terms of size, the card itself falls in-between the Allen & Ginter minis and the 1989 minis in the Topps flagship set.  As you can see from the checklist, the puzzle pieces form either Optimus Prime or Megatron, in their 1984 box art glory.

Anyway, that's the pack.  Not too sure I'll be buying more of them right now, but watch out if they go on clearance.  Happy birthday to my boy, and to the toys of my childhood.