Written by JediJeff at 5:55 PM
The NFL is back. As another season starts, we have offerings from the card companies. Panini has the exclusive players association license for the NFL. How another company can produce NFL cards without any players photos should be interesting, unless the NFL just grants the full licensing agreement to them. But, since 2014 is still an open field for cards, let's check out a Panini release. 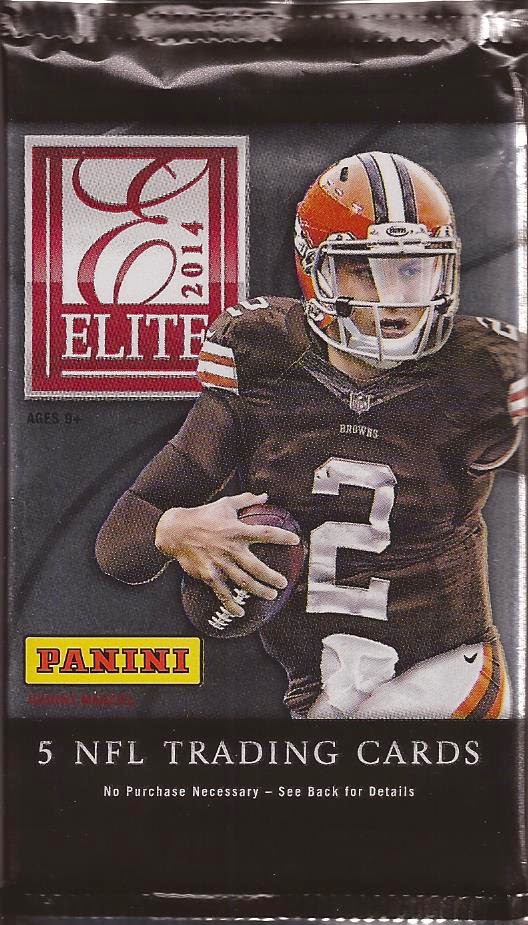 MORE MANZEL PLEASE! Geez - I hated the guy already, and now all we get is this backup QB everywhere we look. Anyway, 5 cards. Let's have at it. 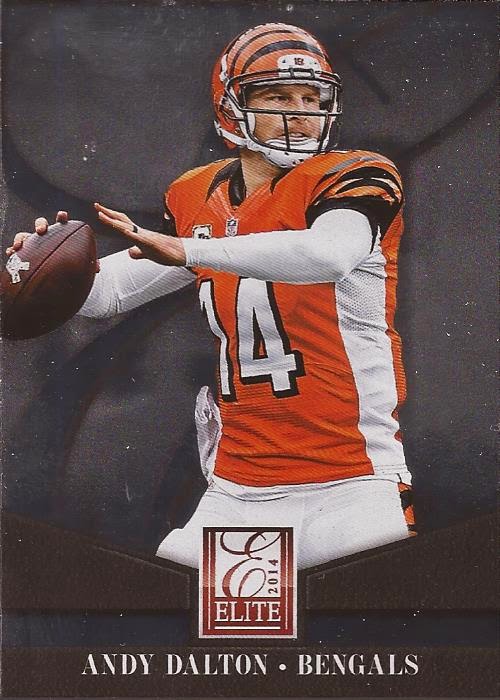 Standard Elite look, which is a silver foil background. They look better in person than the scan shows, but not by much. It's an overused look by Panini. 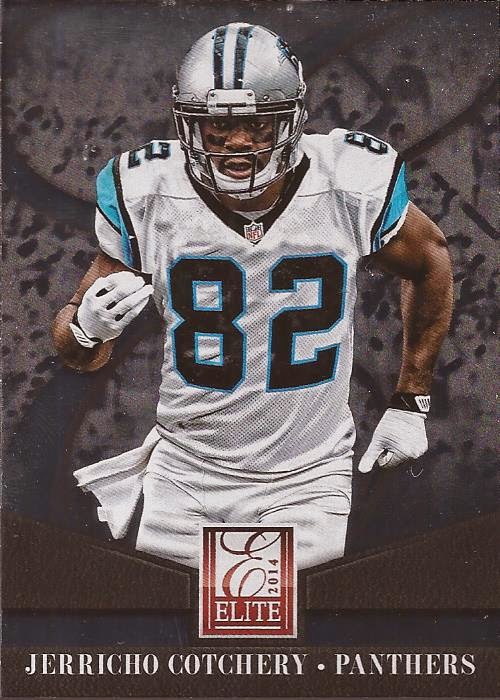 There are a few different backgrounds on each card. That is a heck of a name - Jerricho Cotchery. 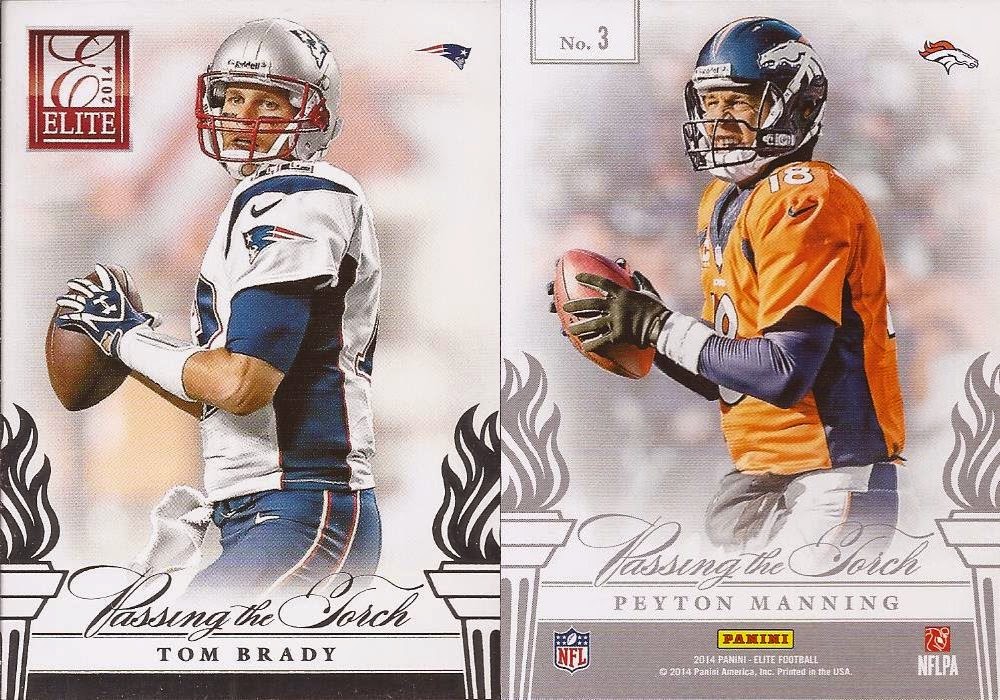 Here is the front and back of an insert card from the pack. Brady in the front of the card, with foil. 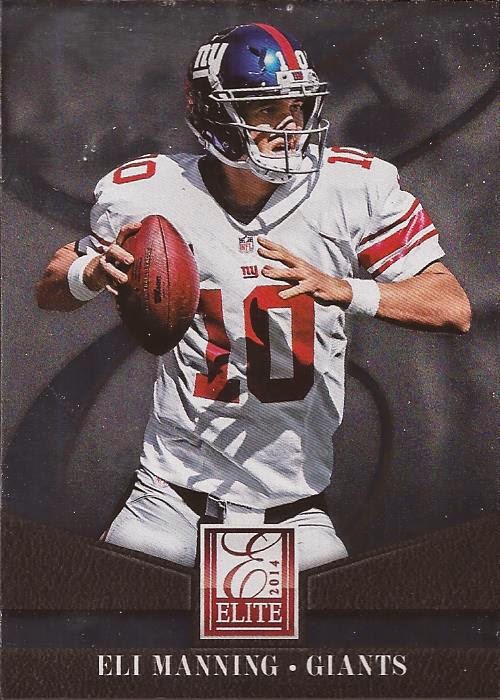 Eli, also known as the Manning with more Super Bowl rings. Though no scientist can explain how he has even one. 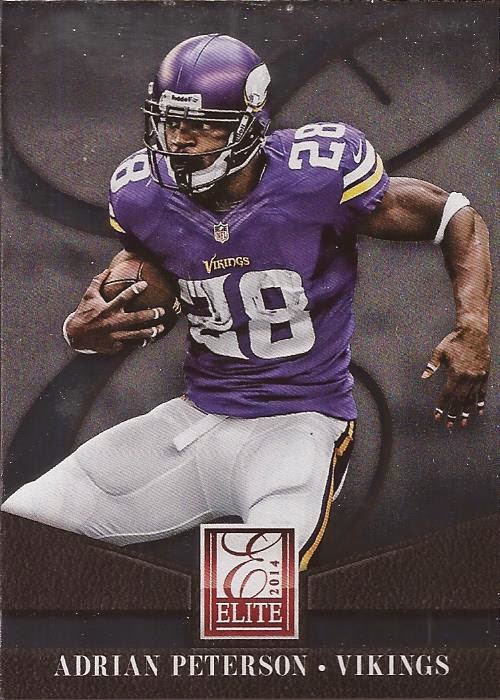 Didn't this guy predict a touchdown on his first run of the 2014 season? And how did he do?

90 yards short. And he was tackled by a WWE wrestler. And the back? 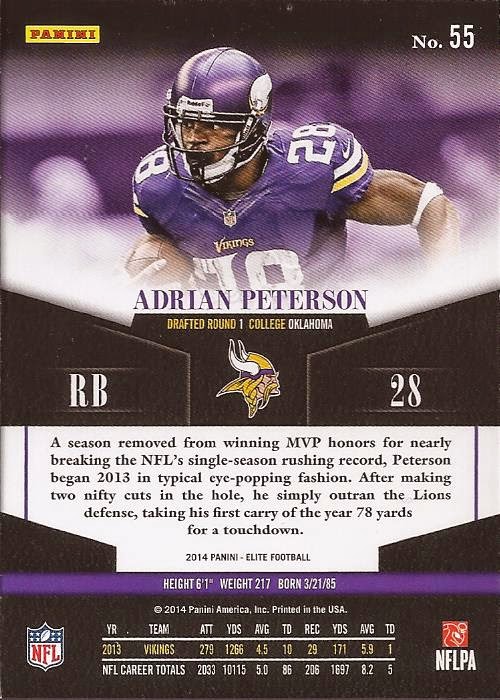 Card design must be the easiest job at Panini. Same basic template for every card back.

James laurentis was never a wrestler, his uncle was Joe Laurinatis who was a wrestler

Every party has a pooper...