Written by JediJeff at 12:49 PM
Back into the scan folder. We have two games left before the post season. I have two different scans from Bowman - Platinum and Chrome. Let's post the Platinum today, and then check out Chrome tomorrow. 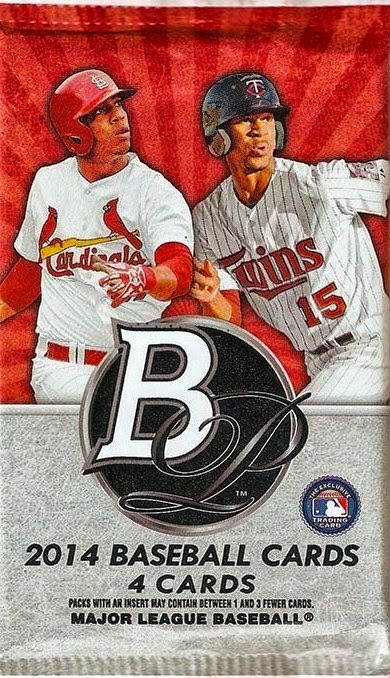 I will be straight up honest - I threw away the wrapper before I scanned it. I stole this image off the net. It's basically the pack, except I ripped a hobby pack, which has 5 cards. Retail only nets you four. But the same two prospects are on both packs. Dig the Magoo helmet on the right. 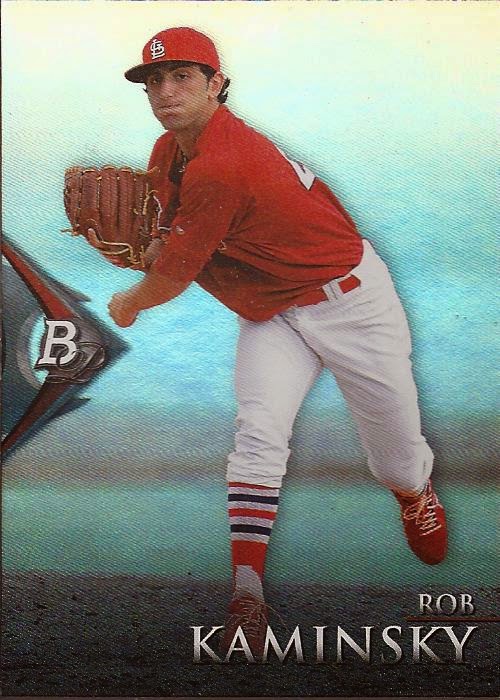 Bowman tends to only slightly change their design year to year. Well, Platinum got a major redesign from the previous year's offerings. The badging moved to the left side. Unbalances the card a bit, but the right justifying of the player name does it's best to offset that. It's nice to have a major change, but I am not sure this works. 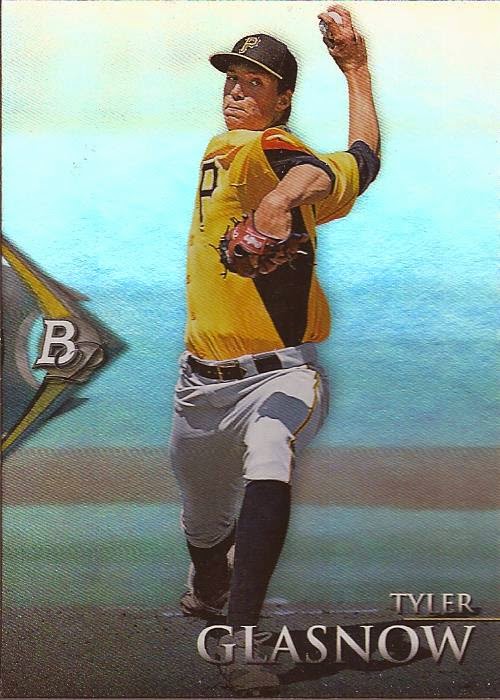 If there is room on the card, the arrowhead is ok. The card design works on Glasnow. 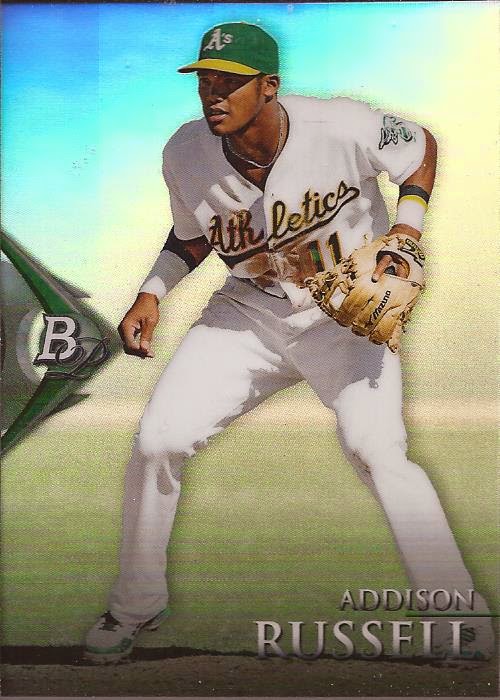 But on Russell, he's getting stabbed. At least the name is easy to read. 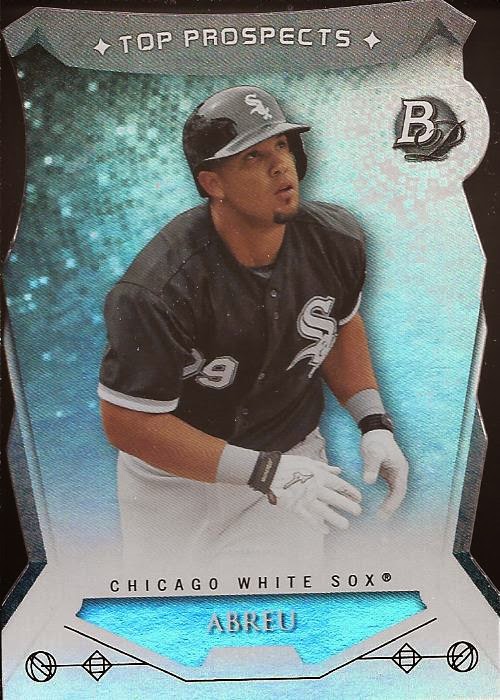 I have had zero luck on getting an Abreu auto, but I was glad to pull his insert. And while we are on the subject - com'on people. For YEARS, no one but I would ever buy the White Sox team slots in breaks. Now, it's the first one sold, blocking me out. You don't care about any other cardboard from the team. I hope you get skunked! Sorry. let me step off the soap box and move on... 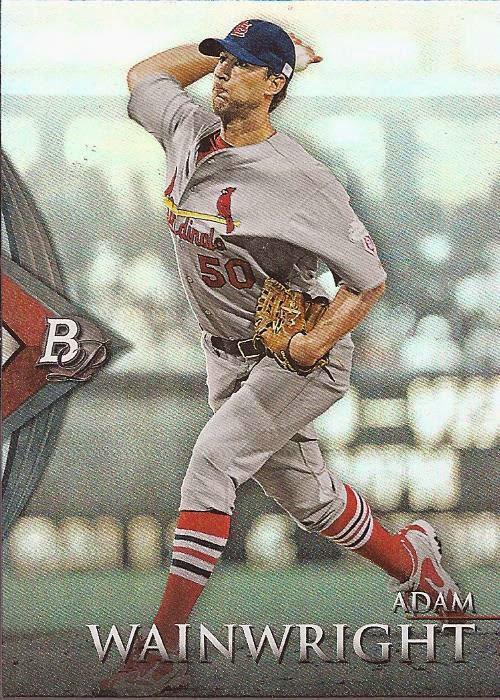 Amazing the back ground different from a MLB photo compared to a MILB photo. Great socks on Wainwright. 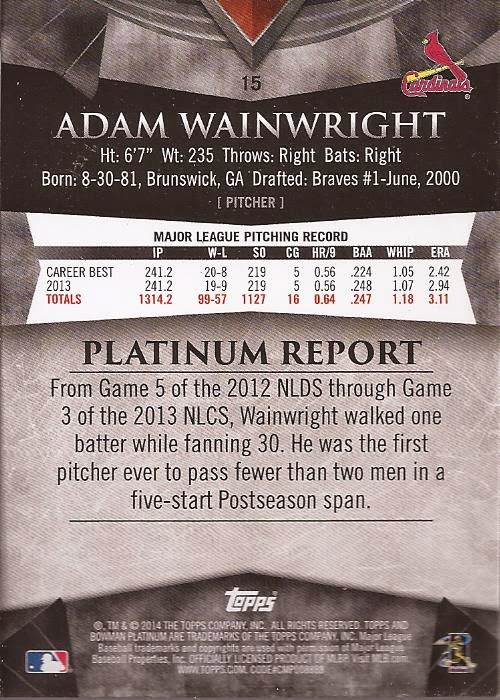 Back of the card, though, is an evolution from previous years.

Two Cardinals in a five card pack? Obviously this never happens to me!

I always seem to get the Cardinals, and Im a Cubs fan...