Written by JediJeff at 5:55 PM
How about another 2014 Panini NFL card release. Yesterday was Elite. Let's look at Prestige today. 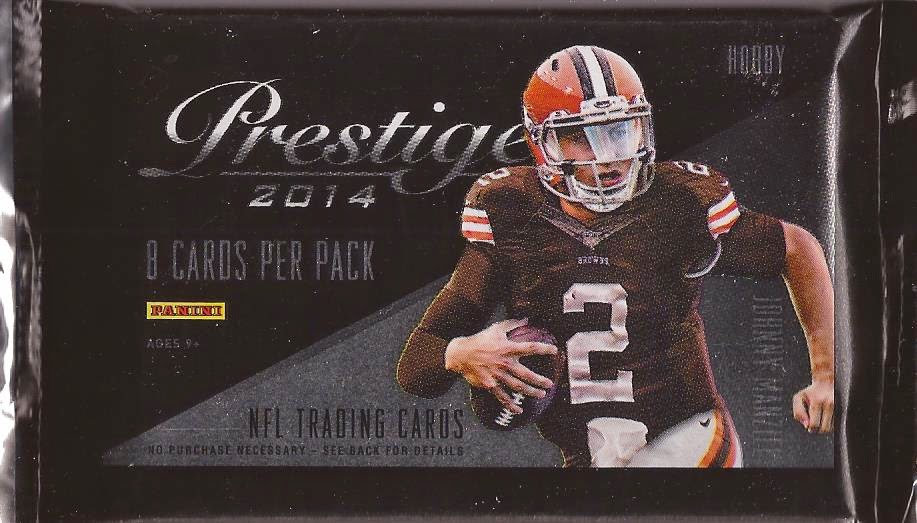 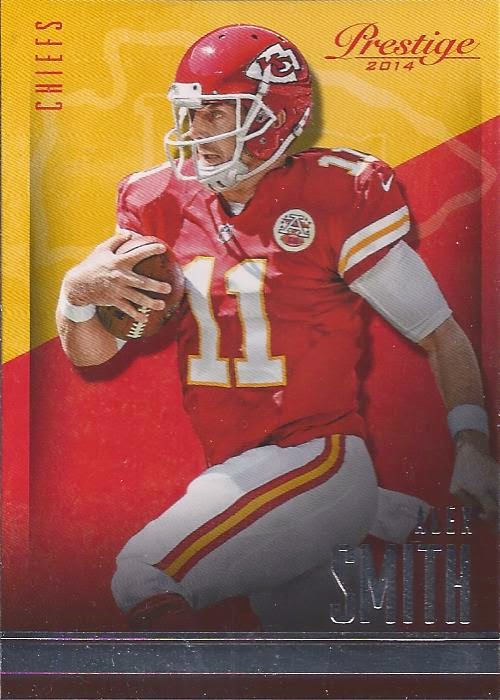 Way better color than yesterday's cards. I like the bright colors and the subtle team logo behind the player. Too much frigging foil as usual and that bar at the bottom seems useless. Understated logo in the upper right and team name upper left. Could have used a bigger font. 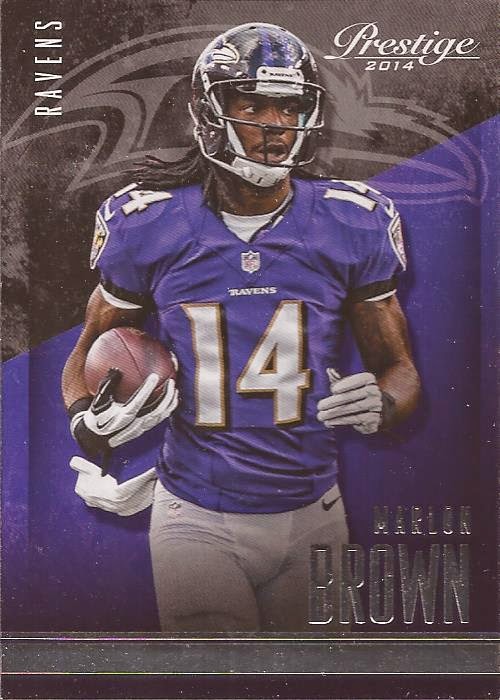 Can you read the name? I certainly can't. How about a white font with foil outlining or something? 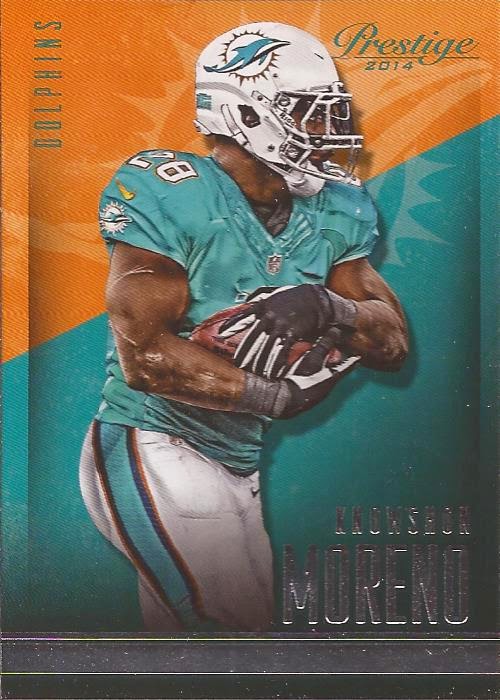 Colors that scream Florida. Big mistake dumping their old logo and ditching most of the orange. Horrible shop job on the helmet. 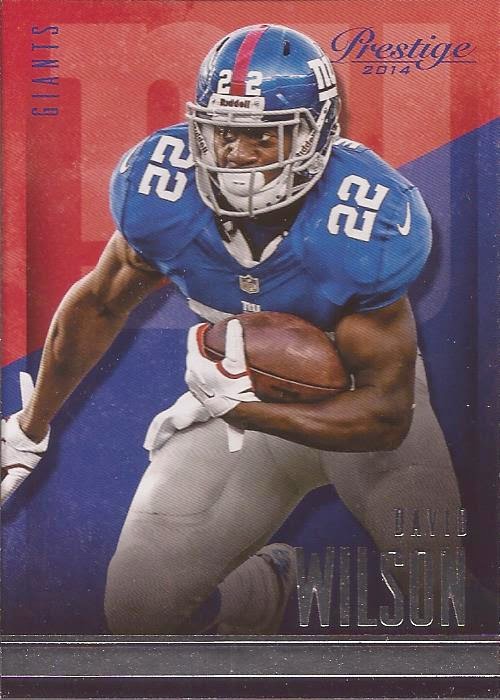 Something nice and old school about team numbers on the front of the helmet. Talking about you too, Pittsburgh. 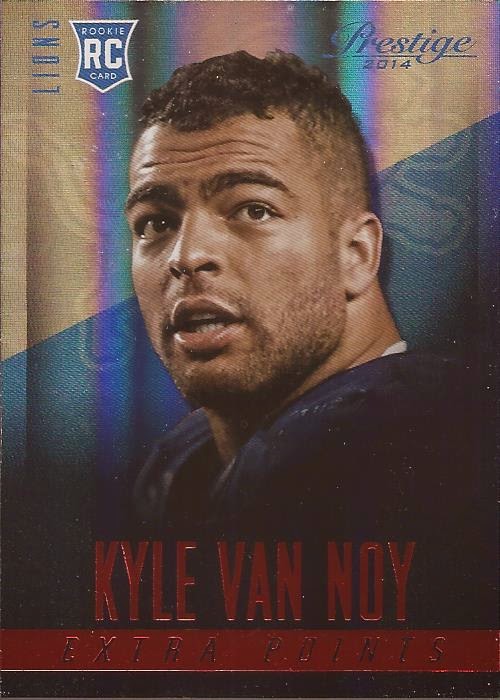 Some rookie insert. It's as foil-y as the scan makes it appear. This is a parallel base with the red foil. 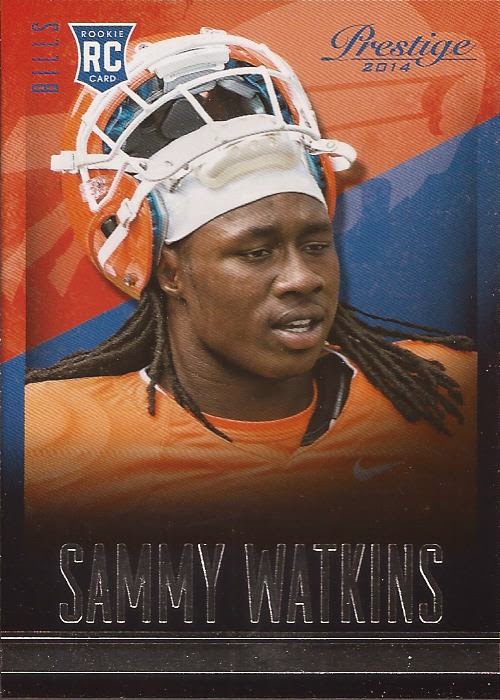 Same rookie insert as above. Silver foil is the regular base card. Nice orange helmet for a Bills player. 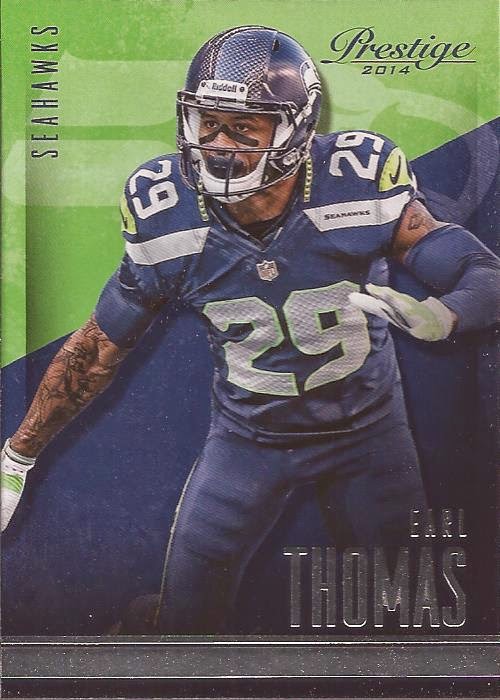 I don't think these uniforms will ever grow on me. Yes - they scream Seattle with the bright green. But they still look like something a college puts out to get kids excited to play there. 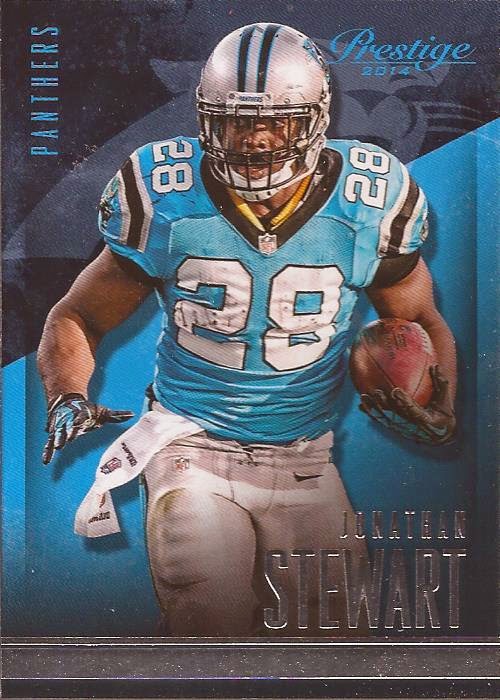 Hey Carolina - ditch the teal. Flipping one card over. 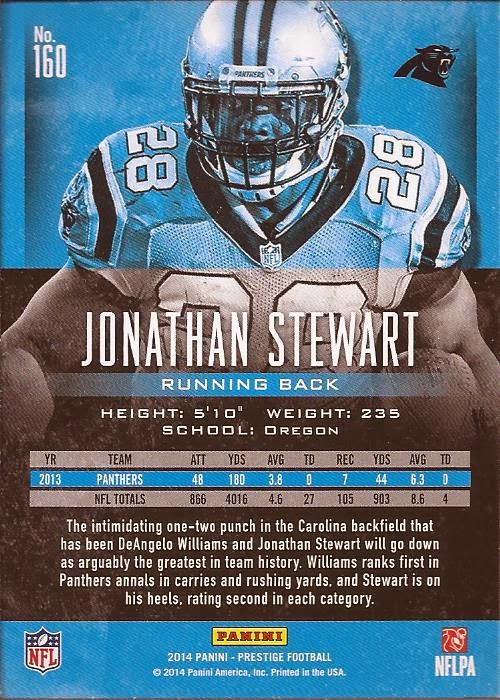 Any chance you could set aside the Jonathan Stewart card for me, if you're not attached to it for some reason?