Written by JediJeff at 1:10 PM
Let's dive back into the scan folder. Here's another pack from my LCS pack wars, because I wouldn't buy anything football unless I was drunk. 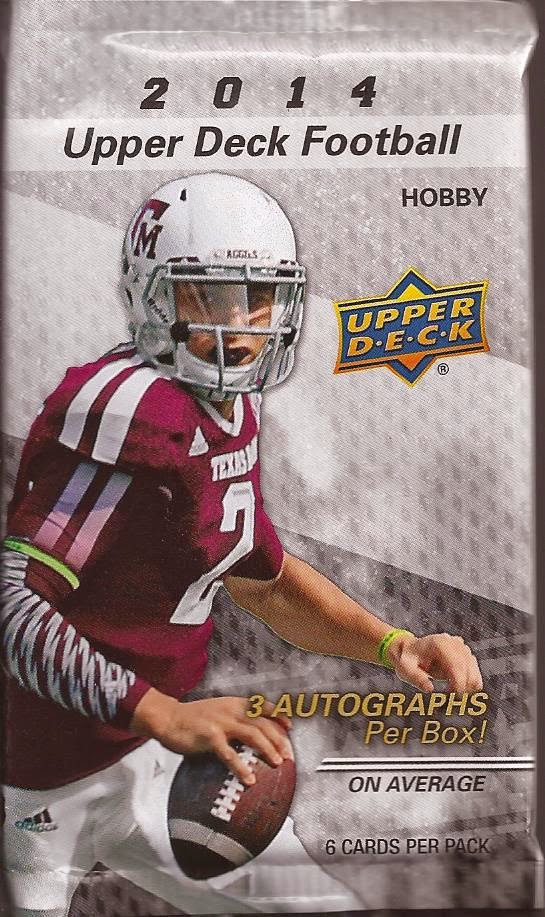 Drink that Manziel Kool-Aid. No manufacturer seems immune to getting on the Johnny Douchbag train. Of course, when you don't have an NFL license, you are stuck in the NCAA section of Getty Images. I do appreciate the lack of silver on the wrapper. The white pops nicely. Six cards. 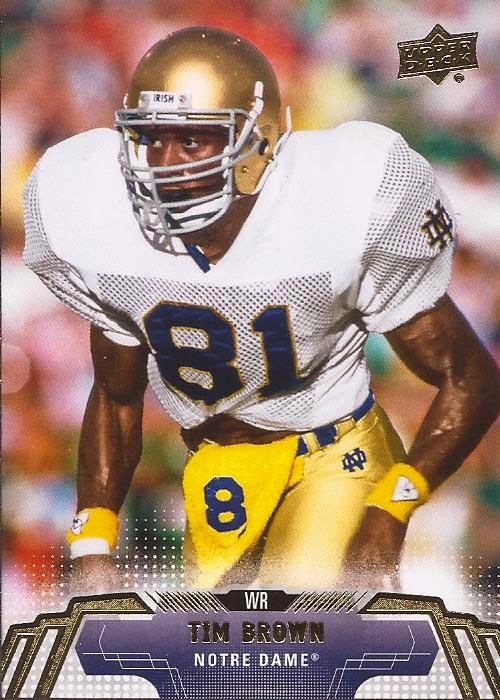 Full bleed photo, except for the badging at the bottom. Gold foil instead of silver. It's not a horrible design, but not far off from other offerings. So nice to see the mesh uniforms back on cardboard. And hardly an appearance of the mark of the beast. Or the other beast. Plus one more beast. 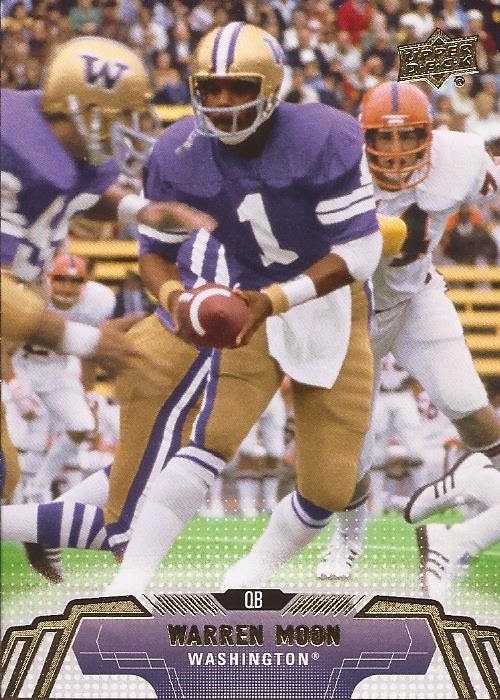 Don't those just screen "uniform"?? Not like the costumes they wear week in and week out. You feel identity. Tradition. Classic Washington look. 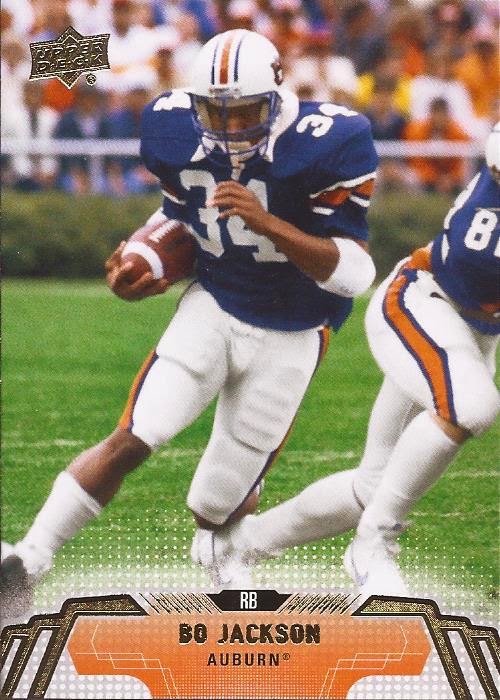 Back in the day, this would have been a hell of a pull. If you get a chance to see the ESPN 30 for 30 on Bo Jackson, catch it. Good watch. It is streaming on Netflix. 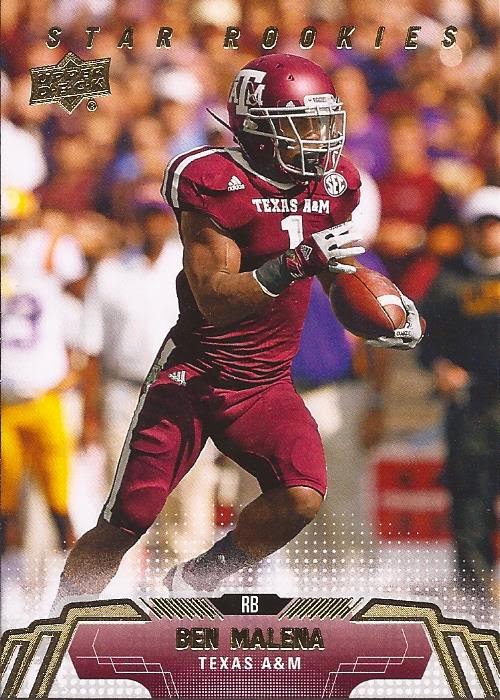 Hey - it's a rookie! Wait, pretty much ALL college athletes are rookies, right? First appearance of a beast mark. Five times, in fact, in one image (jersey, pants, socks, gloves and pants striping). 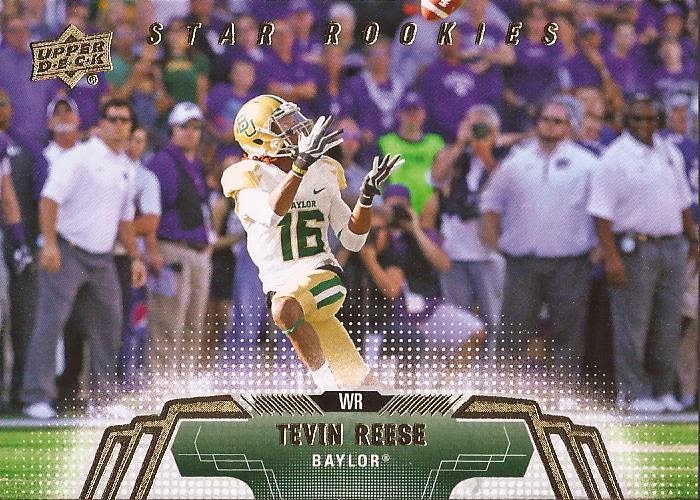 Yay - more rookies. Decent action photo, though. Great use of the horizontal layout. 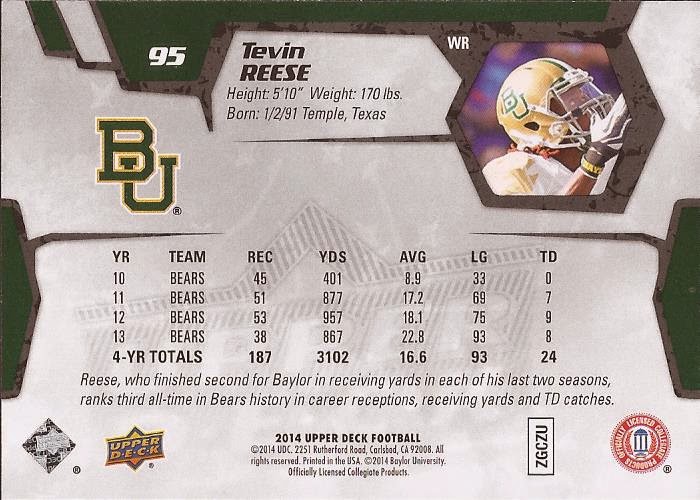 Recycled image for the back. Couldn't they have found a posed shot of the guy's face from some media guide? Complete college stats on the back. 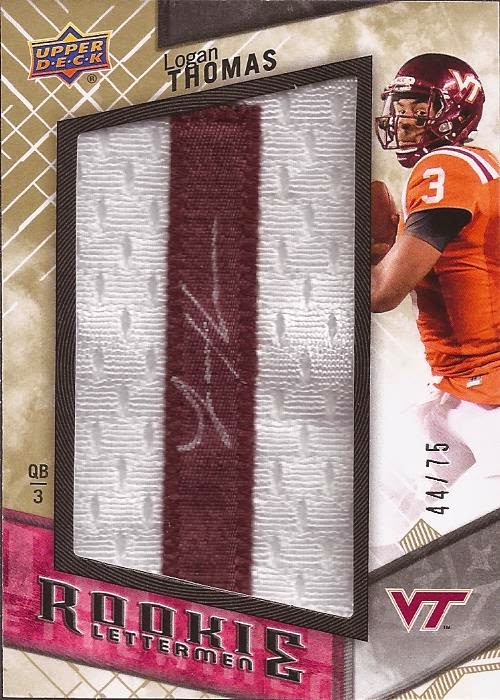 Yup. I was lucky enough to have one of the 3 hits from the box, and a decent one at that. Numbered to 75, I am pretty sure it's a manufactured patch. VT doesn't spell out their school name on their uniforms, and along with "team", there is no "I" in Thomas. Still, a nice pull.

Is it possible that patch isn't a letter but instead the stripe on the sleeve?