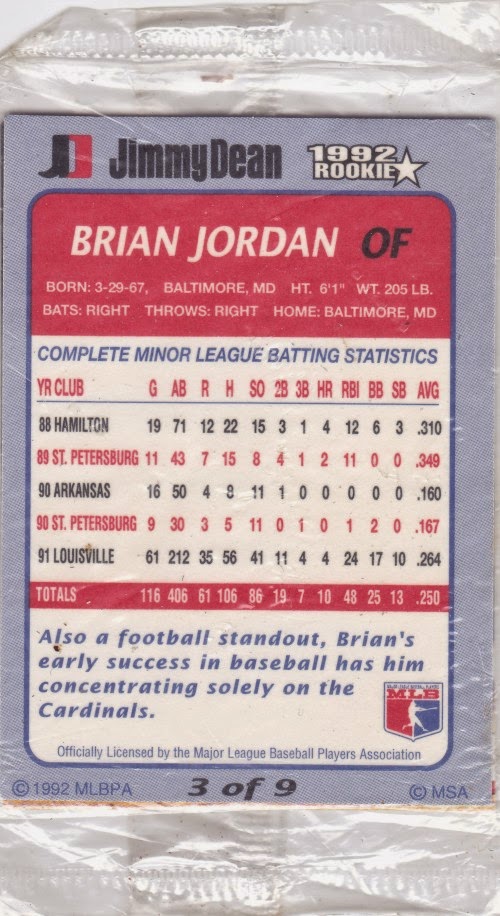 While I prefer my early '90s food issues to smell a little more like Raisin Bran. I'm not opposed to opening a 22 year pack of cards that was once packaged with Jimmy Dean's sausages or some other meat-related product. This was in a box of junk that a friend of mine decided he didn't need and was one of the few non-late '80s Topps things that I dug through. I'm familiar with Jimmy Dean cards from other years, but this threw me for a loop when I opened the pack. 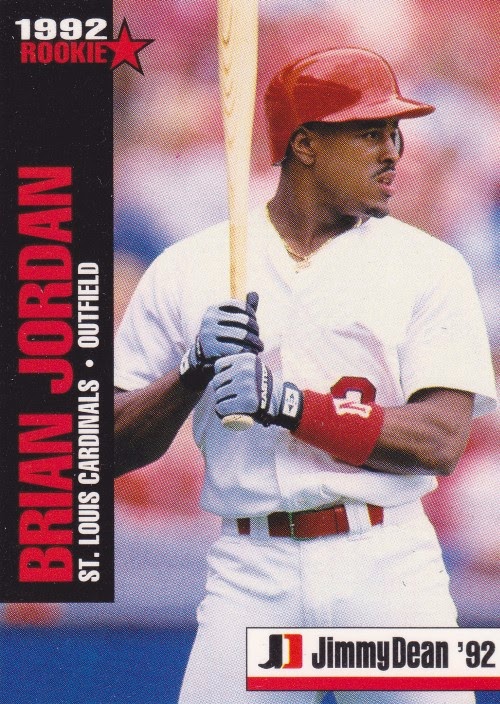 3 of 9 - Brian Jordan - As you could tell by the transparent wrapper, this is a nine card set. As you can tell by the front of the card, it's only licensed by the player's union and not MLB. At one point, this seemed like a really quaint idea, something that would never be repeated in today's glitzy glamorous times. Alas, cropped out logos are back and more prevalent than ever. Once reduced to some pretty sorry looking low budget promotional items, we now get to look at it whenever Panini cranks out a new set. (Is it every week? It seems like it's every week.) Still, I am shocked that I've never seen this card or any of the others like it in my life, so this will go immediately in one of my Cardinals binders. 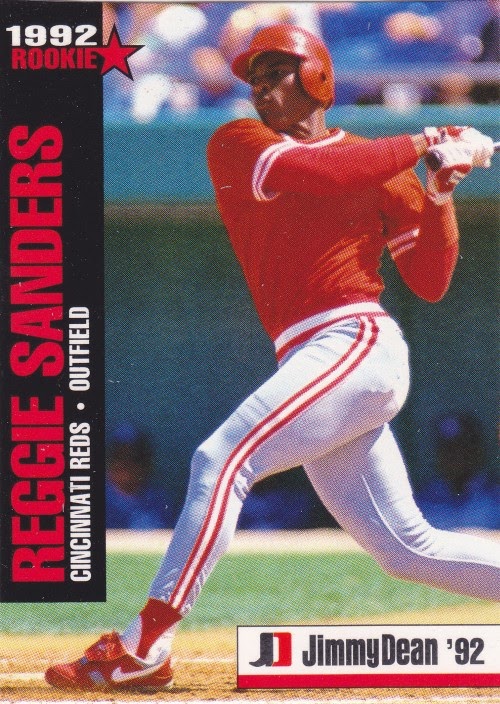 5 of 9 - Reggie Sanders - Sanders was a key cog in the machine of two of the greatest Cardinals teams in the modern era (2004 and 2005), though he has no rings to show for it. Sanders had a very respectable career when you look at the numbers, with a career OPS of .830 and 305 HRs. 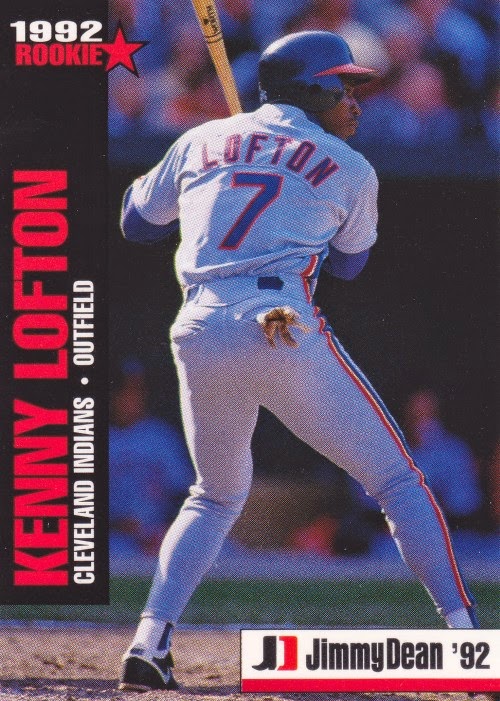 8 of 9 - Lofton played for Cleveland at least 11 separate times and they once made a commercial joking about it. Also, he was fast.