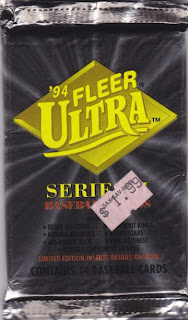 I'm not even sure anymore where I bought this pack, but I certainly didn't buy it at any place called SAX/SAV-MOR or pay $1.99 for it. Also, the price tag is actually red but it scanned white for some reason. I wonder if there's some setting I should tweak. 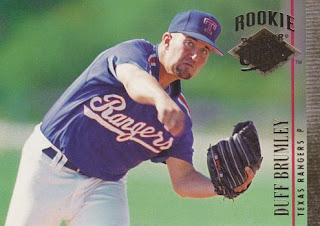 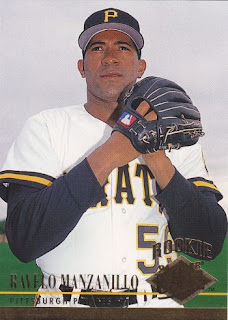 556 - Ravelo Manzanillo (The odd thing about this card is that I discovered that this is actually the second Manzanillo card I've scanned.) 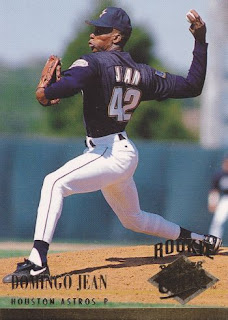 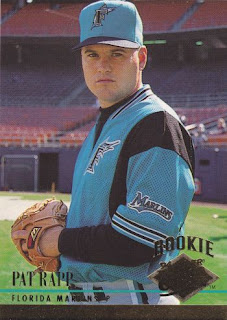 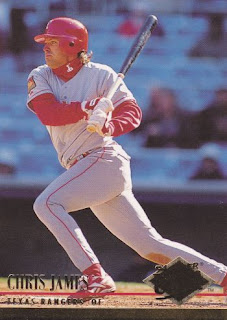 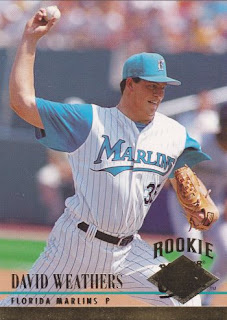 498 - David Weathers (Do the Marlins ever break out the teal anymore?) 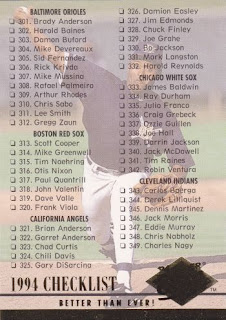 597 - Jaime Navarro Checklist (I had to look this one up to figure out who the player was.) 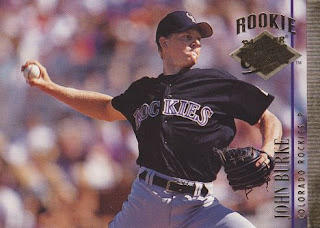 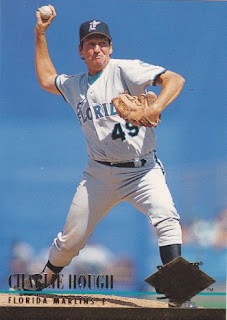 494 - Charlie Hough (This is officially the Marlins Pack.) 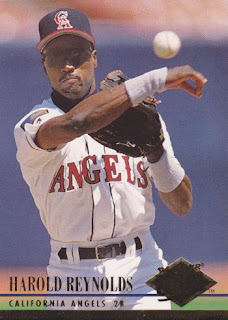 332 - Harold Reynolds (It's Mr. MLB Network again, only this time in an Angels uniform.) 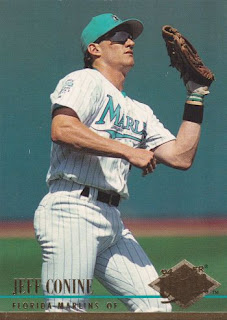 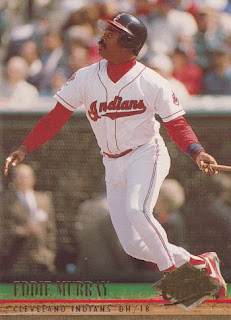 347 - Eddie Murray (Great player, but weird to see him playing for Cleveland.) 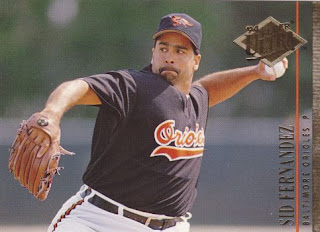 305 - Sid Fernandez (I would have assumed that Sid was always a Met.) 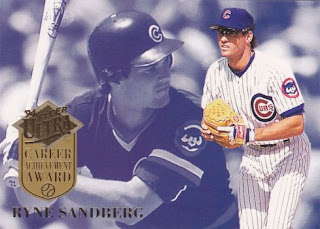 4 of 5 - Ryne Sandberg Career Achievement Award (The king of the Small Bears in the '80s and '90s. These inserts are some of the more difficult ones to get in this set. I do like the idea of getting a guaranteed insert in a pack.)

Hey Matt!
I just want to let you know about the Checklist card - it's actually a guy called 'Jose Mercedes'. I was shocked to see that Fleer actually put Navarro on a CL card, so I checked my collection - and it's the same photo as is on Mercedes' common card! That card is #376, but I'd doubt any images of it are on the web...
Have a good one!