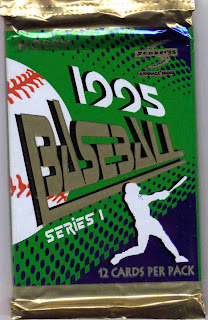 It's a Saturday morning, my wife is still asleep, and I got the itch to open some packs. Several weeks ago I bought a bunch of random packs so I pulled one out of the bag to open. This is the 1995 Score Baseball set. There are 605 cards in the set. 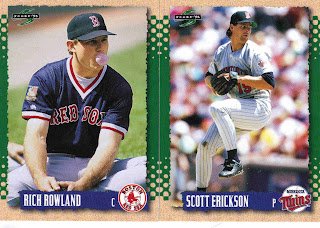 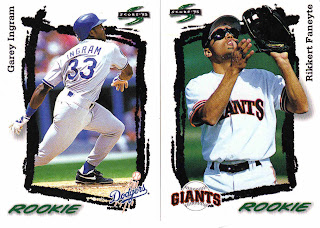 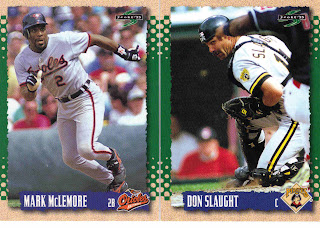 #162 Mark McLemore, #73 Don Slaught -- they both have great in-action expressions on their faces. 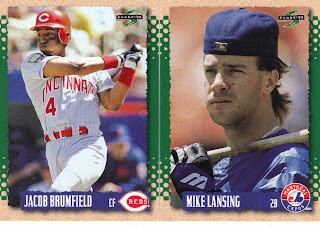 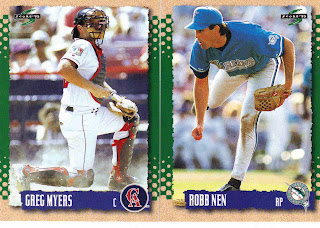 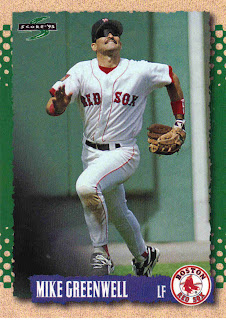 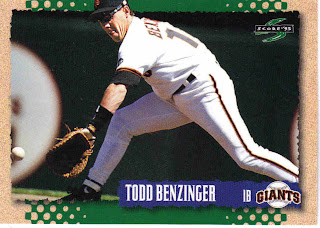 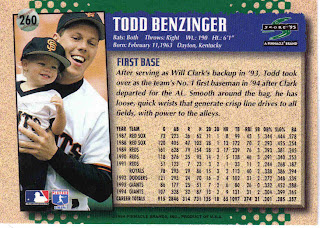 Here is an example of the card backs. Pretty nice backs with stats and a short write-up. The little one is in high school now. I wonder if he plays ball. This set was produced during my collecting hiatus. It was nice to see what the cards look like. They're pretty nice.

More proof that you can do full size set without posed studio shots.

Never a fan of the green and cream borders.

Who was your gold rush parallel?