Written by Matt F. at 11:53 PM
I've been buying a couple packs of '08 Goudey that are 50% off at my local box store every chance I get and I've been pulling short prints and inserts at an above average rate I would say. One of today's packs is a prime example. The retail version advertised eight cards and here are my six regular base: 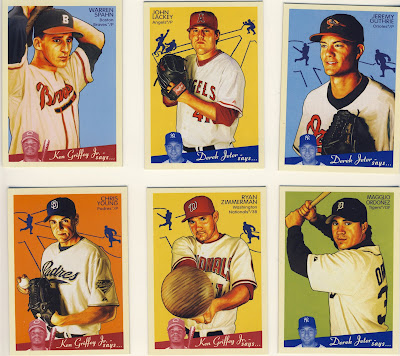 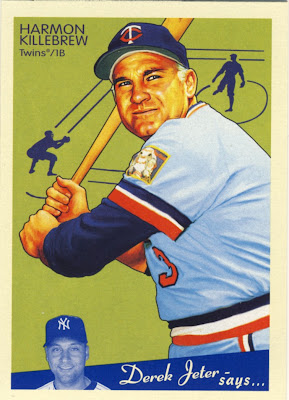 And the fun doesn't stop there...Card Eight and Nine [yes, Nine! I got an extra surprise in this pack] were not one, but two Sport Royalty insert cards. 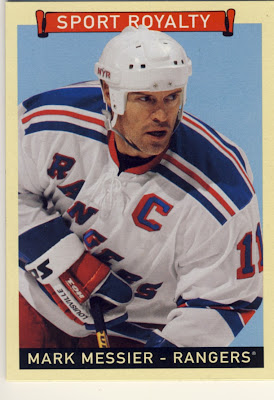 Nine cards in an eight-card pack and three short printed cards. This is about as good as you can get without pulling an auto or relic.

Not bad. Reminds me of some of the goofiness that I've seen in some of the blaster packs of Allen & Ginter this year.