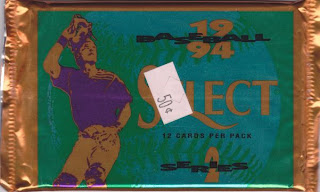 The Score Select line kicked off on a high note in 1993, but I'm not so sure about the sophomore year. I've seen others who have praised this set, and I do appreciate the photography, but something really bothers me about the gold bar with the player's last name in all caps splitting up the card. Anyway, here's a pack of the stuff, series 2 style. 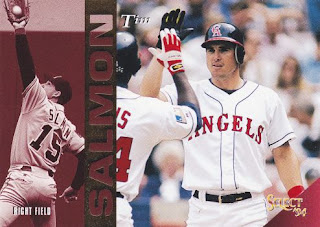 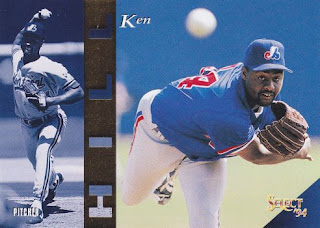 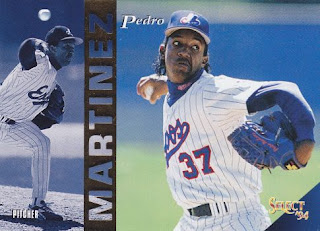 332 - Pedro Martinez (Eventually, the Ex-Expos player is going to become extinct. I'm sure that it's in no danger of happening anytime soon, but we know that Pedro's career can't carry on a whole lot longer despite his recent signing with the Phillies.) 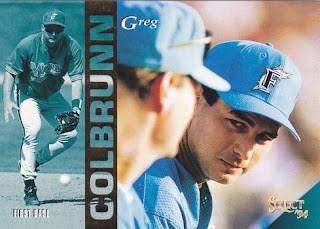 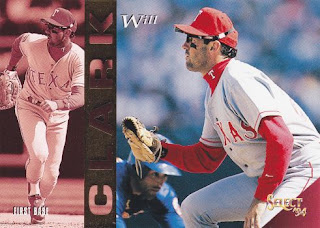 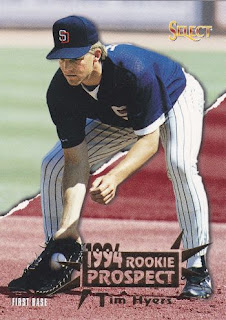 416 - Tim Hyers Rookie Prospect (Am I the only one who liked the two-toned SD cap?) 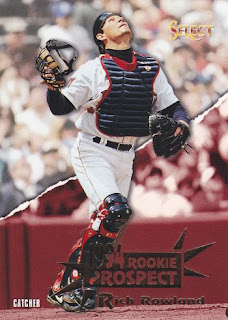 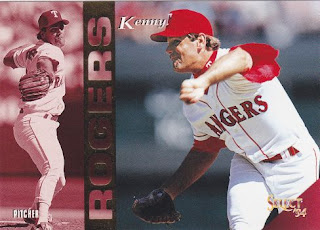 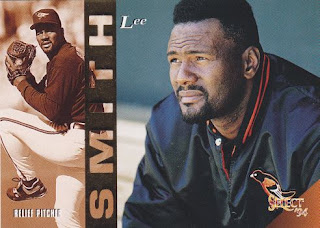 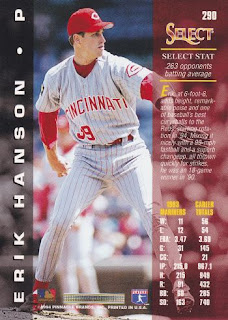 290 - Erik Hanson (I like to show the backs of the cards if they look halfway decent, and these do. I was never fond of the weird Pinnacle stripe thing at the bottom of the cards on their products back then. I think it was supposed to be their anti-counterfeiting version of Upper Deck's hologram logo, but I don't really understand it. Also, counterfeiting cards from this era seems pretty hilarious in retrospect.) 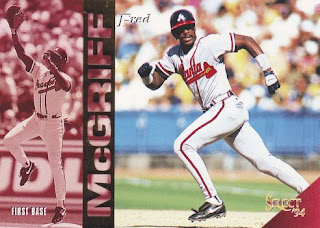 268 - Fred McGriff (I always thought McGriff was an underappreciated legend in the making.) 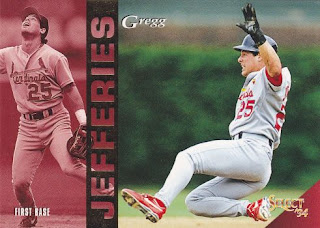 232 - Gregg Jefferies (Great way to end the pack with a Cardinals card.)