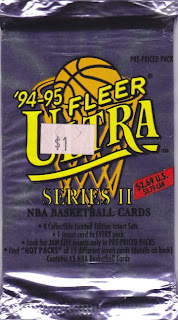 Well, I have to admit that it's tough to post about basketball after last night's excruciating Blazers loss to the Hornets. All I can say is that Andre Miller should not be taking late game jump shots... ever. There are at least 10 players on the Blazers roster that I'd rather see do that, even when Brandon Roy is dressed in a suit and standing around looking awkward. Anyway, I posted a Series 1 pack awhile back from this set and now here's the Series 2 version. I think it loses. 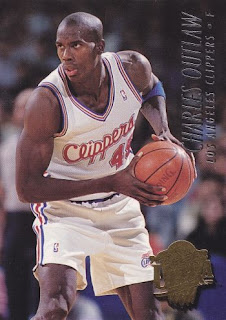 265 - Charles Outlaw (Better known as Bo. The Blazers injured forward Travis Outlaw - no relation - used to be mixed up with Bo Outlaw all the time by major media, despite the fact that Travis is 13 years younger. Stupid east coast bias.) 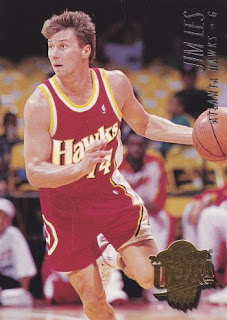 203 - Jim Les (I barely have any recollection of this guy. I think he may have been a three-point specialist, or maybe he just looks like one.) 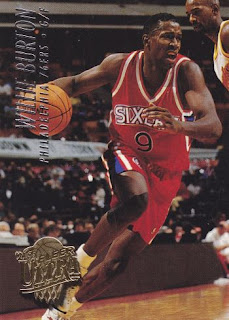 309 - Willie Burton (The Sixers have the worst problems with sticking with jerseys that work.) 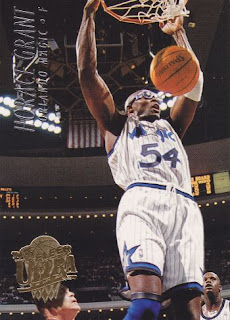 302 - Horace Grant (Where would the world be without Ho Grant goggles?) 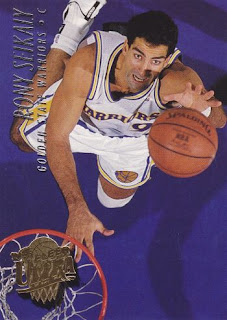 251 - Rony Seikaly (I didn't realize Seikaly had life after the Heat.) 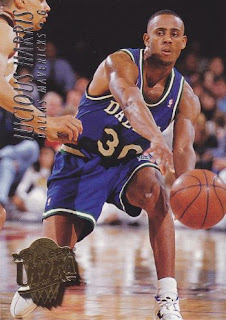 228 - Lucious Harris (Harris was the Nets answer to Lindsey Hunter.) 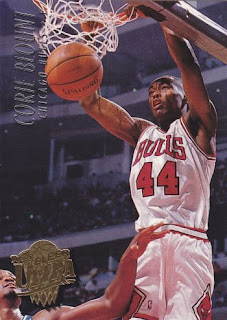 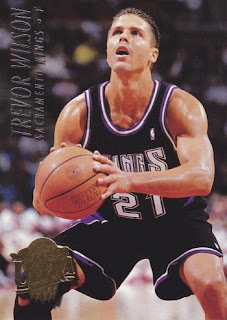 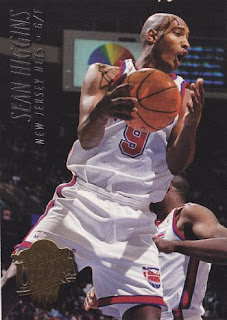 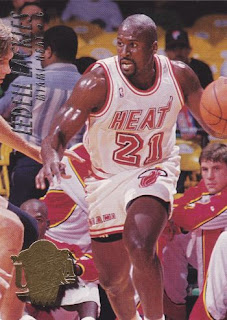 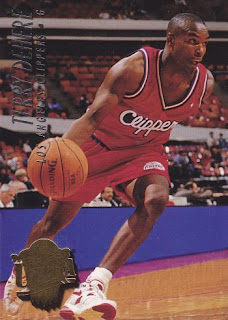 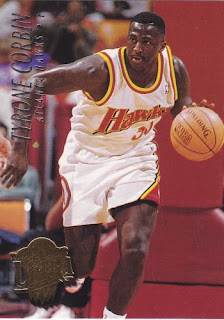 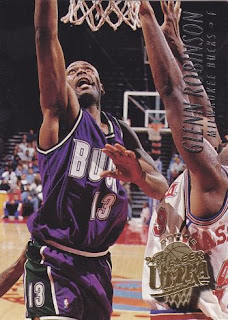 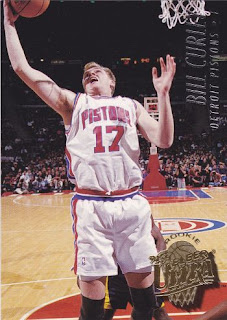 237 - Bill Curley (The Blazers had this guy at some point, but I don't ever remember seeing him on the court.) 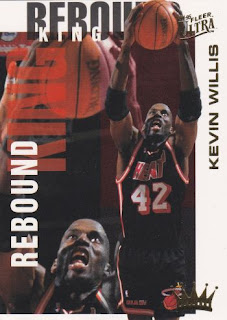 10 of 10 - Kevin Willis Rebound King (Here's the token insert card. I was always a Kevin Willis fan, even after his heyday with the Hawks.)