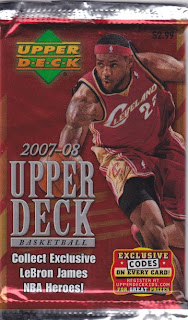 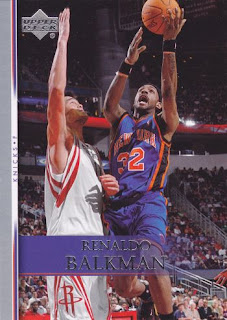 96 - Renaldo Balkman (Not to be confused with Rolando Blackman.) 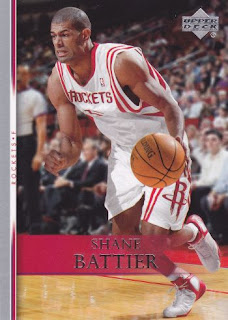 8 - Shane Battier (Ever since I burned the Yao Ming card during last year's playoffs, I seemingly get a Rocket card in almost every pack I open.) 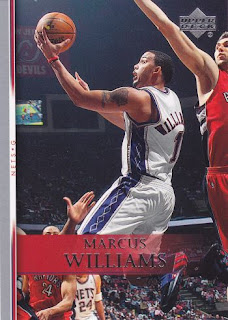 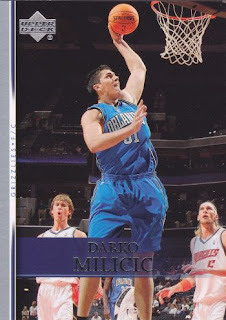 162 - Darko Milicic (I kind of feel bad for this guy. He was drafted #2 overall in 2003 and apparently peaked as an NBA player a few years ago averaging about 8 and 5 with the Magic.) 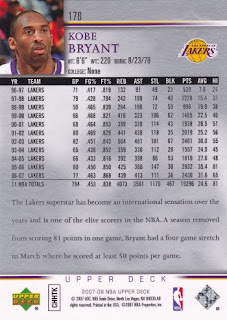 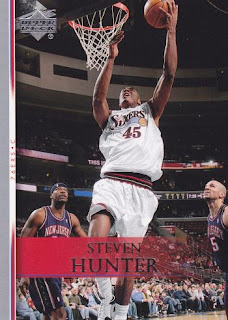 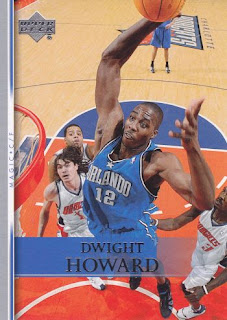 199 - Dwight Howard (I used to like Dwight Howard, admittedly, but he just gets more and more obnoxious by the day.) 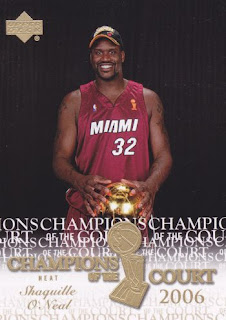 CC-SO - Shaquille O'Neal Champions of the Court 2006 (This didn't turn out to be a bad pack for stars, at least.)

Don't feel bad for Darko, he's not worth it. Signed disgruntled Pistons fan who would've rather had Wade or Bosch.