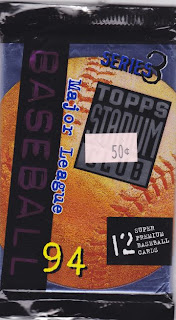 I'm starting to run low on the mid-'90s bargain bin wax, which means a trip to the ol' hobby store should be happening soon. Perhaps I'll make it there this weekend. In the meantime, here's a pack of 1994 Series 3 Stadium Club. I wonder who they saved for last in this set. 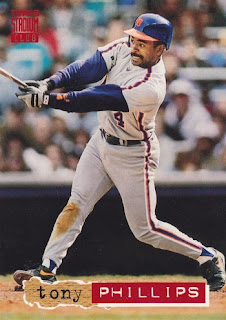 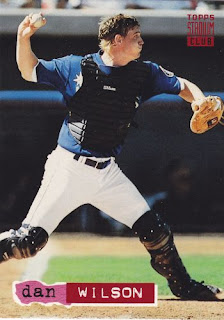 656 - Dan Wilson (At the first major league game I ever attended, at Safeco Field in Seattle, there were some merciless hecklers who couldn't stop yelling Dan Wilson's name. I never really figured out why - I was sitting in right field and he's a catcher.) 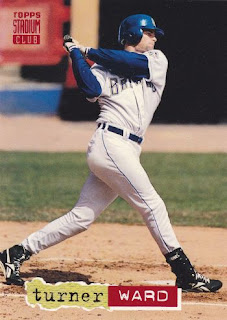 550 - Turner Ward (This era of Brewers jerseys was just bad.) 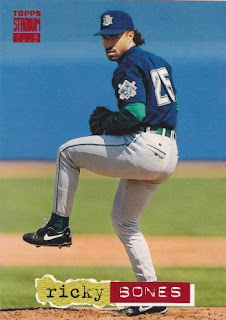 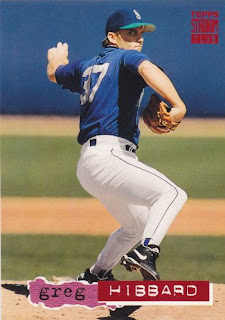 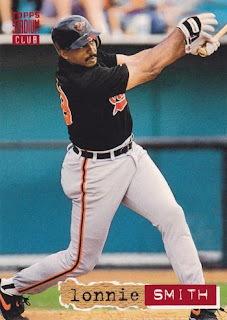 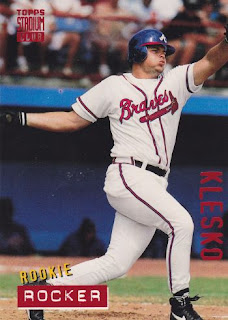 628 - Ryan Klesko Rookie Rocker (I wonder if there are any "Rookie Rocker" cards of John Rocker.) 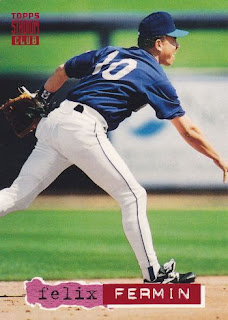 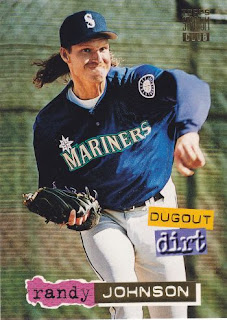 11 of 12 - Randy Johnson Dugout Dirt (These are 1:6 pack inserts according to the back of the pack wrapper. Look at that mullet, flapping in the breeze! Randy just announced his retirement. But wait until you get a load of the back of the card...) 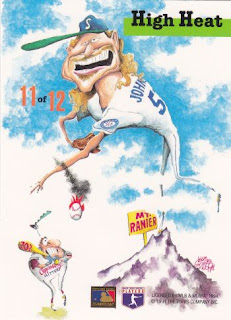 I've actually hiked a little bit on Mt. Ranier and I don't remember a grotesque cartoonish baseball player standing on the top of it for some reason. 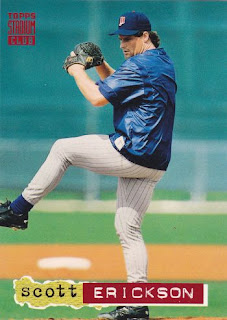 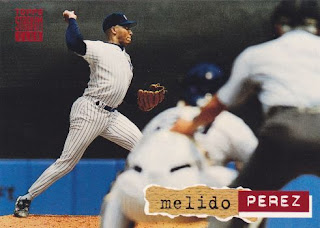 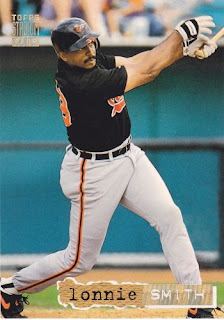 643 - Lonnie Smith Golden Rainbow (Here's the one-per-pack parallel. I'm not entirely sure what a "golden rainbow" is, though.) 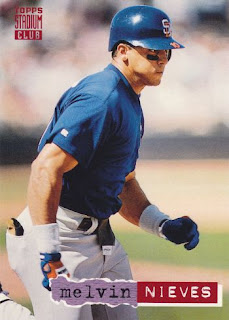 I think Melido Perez is still on the Yankees disabled list.

If the player's name wasn't so lamely done, these would be sweet cards.

I actually think that Melido card looks pretty great - the Yankees had a lot of pitchers with good pickoff moves in the 90s, although I don't really remember his.

I mentioned the disabled list because back in those days, GHI, a health insurance company sponsered the dl report, and he was on it for like a year straight.

Dymo labels, couldn't remember it when I made the original post. Used for the text of the last names. Very lame indeed.

I think a Golden Rainbow is something you can get for an additional 3500 baht in Bangkok...