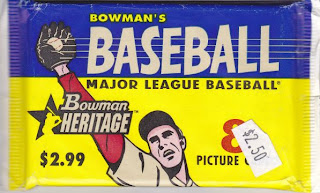 I picked up this little potential gem at a card show recently for the double discounted price of $2.00. This is the "TV set", if I recall. 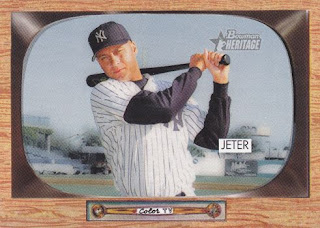 10 - Derek Jeter (I guess there are worse ways to start out a pack.) 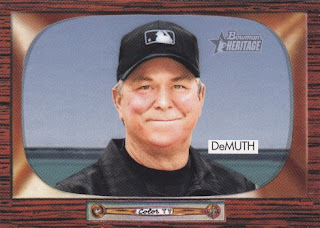 236 - Dana DeMuth (Oh yes, and there were umpires in this set. This probably would have been rather unpopular with the blogs if they were prevalent back then. DeMuth is one of the few MLB umpires whose name I actually recognize, but I have no idea why. It's probably all of those long summer nights watched taped FSN Midwest broadcasts.) 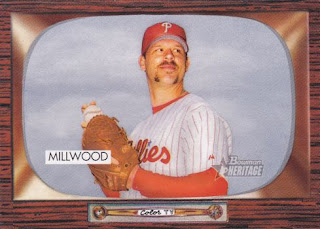 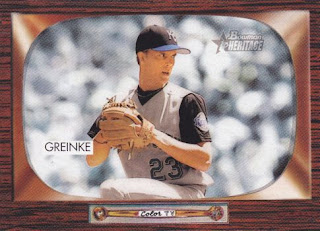 189 - Zack Greinke (Greinke did not make his major league debut until 2004, but he's become an established star pitcher who has the stigma of being a Royal attached to him for now. Bonus? Apparently this is a short print!) 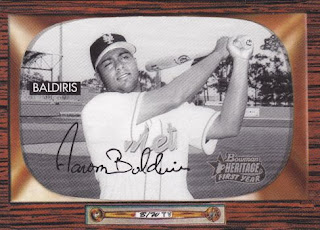 260 - Aarom Baldiris Black & White (This is a one-per-pack thick parallel of some guy whose parents went the rebellious route with his name spelling.) 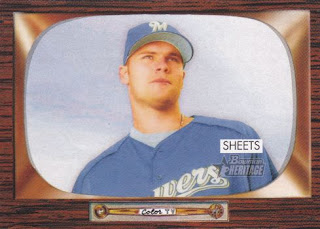 102 - Ben Sheets (Wow... 10 million dollars for a guy who hasn't pitched in a major league game in ages. Good luck with that, Oakland.) 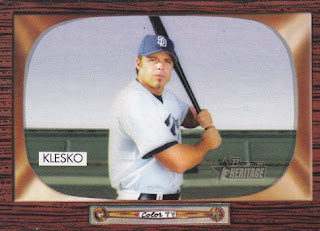 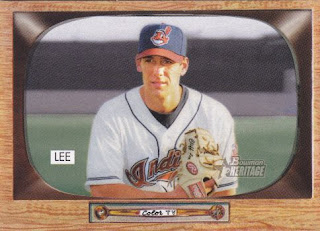 19 - Cliff Lee (It should be an exciting year for Mariners fans. I wouldn't count myself as one of them, but the plus side of the Mariners being competitive is that you actually might get to hear about baseball on occasion where I live for once.)

Millwood had quite the porn-stache.

Bloggers wou;dn't have minded the umpire cards. They would have LOATHED the one per box umpire autographs.