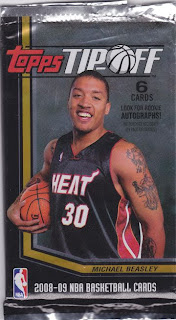 The Blazers lost today. Blah, blah, blah. The explanation for this pack comes at the end of this post. 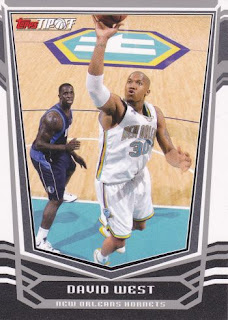 30 - David West (Something tells me that this isn't how they teach you to shoot back in school.) 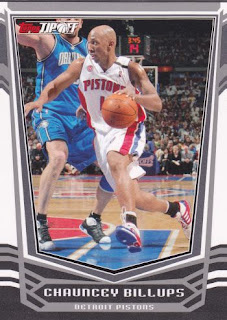 84 - Chauncey Billups (Billups is the best thing that ever happened to Carmelo Anthony, supposedly. I wonder if Billups learned to stop snitchin'.) 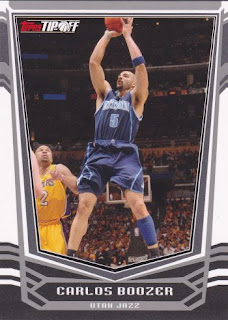 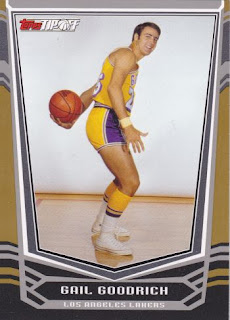 102 - Gail Goodrich Gold 66/99 (Speaking of teams I don't like... but Goodrich is a legend and a Hall of Famer. Plus, this is a somewhat low-numbered card, albeit in a budget set. I wonder if I could find any takers for this.) 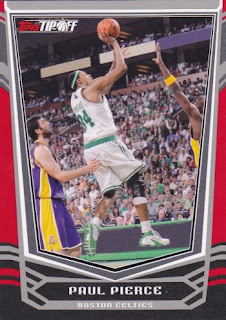 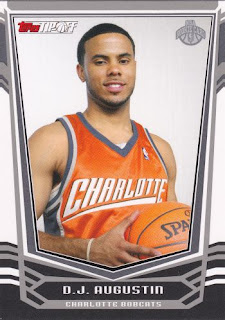 119 - D.J. Augustin (Augustin has seen his minutes drastically reduced this season. I wonder if he's on the block.)
- Greg Oden Topps of the Class card 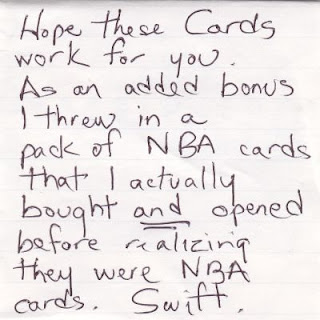 I've hidden the names in this enclosed note to protect someone from public embarrassment, but as you can see this pack was sent to me awhile back in an already opened state. All I can tell you is that this arrived in a package from a certain creature of the night and that, sadly, there were no Blazers involved.

It's rare, but sometimes you can pull a big ticket card out of a low end product. I opened a box of this and pulled a red Kobe Bryant numbered to his jersey number that sold for around $18. I didn't pay much more than that for the box.