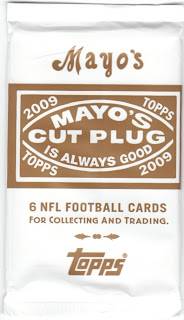 Three bucks, six cards, why not? I gave 2009 Topps Mayo's a try and I liked what I got in my first pack: 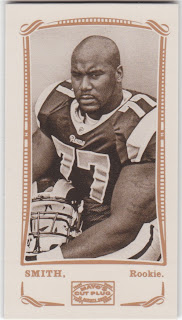 My Mini card was a rookie of Rams Offensive Tackle Jason Smith #301. Too bad it's an OT, but it could have been worse. I love that the mini is in black and white. I'm not sure how to feel about mini cards sometimes, Are they an annoyance, or a nice change of pace? I go back and forth on this issue, but I like this one. 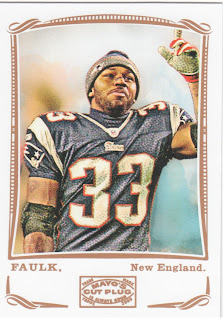 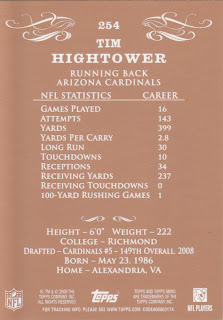 Here's the back of one. Pretty average. 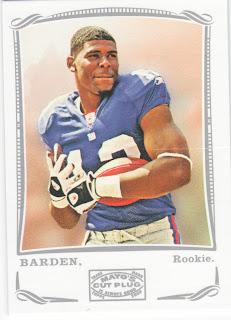 This is my pack thickener, a Ramses Barden silver rookie #216, the back is also silver instead of bronze as shown above. Barden didn't do much this season as the Giants had another rookie receiver, by the name of Hakeen Nicks, who stepped up this year, but it's a nice pull. All in all I loved this pack. I got three rookies out of six cards! That was a big surprise. Two of my rookies were parallels and I like that. I feel like most packs probably have one rookie, but I like the design and quality of these cards and I will think about buying them again.