Written by Jonathan @ RGB Cards at 7:27 AM
So, as is my custom, I bought a jumbo box of the Topps baseball Update Series. My goal, and hope, is to complete the whole set from this box. Last year, I did it with the last card of the last pack. It was a very close-run thing. Let's hope this year is better.

I'm halfway through the box break and I have 180 out of 330 cards. I like my odds but it only takes one pack full of dupes to crush my dreams. Here's pack number 6. I have pulled the auto out of this box already but not either of the relics yet. Let's see what's inside: 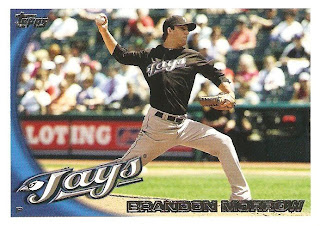 US116 Brandon Morrow
A good sign. Not a card I have already. So at least it won't be all dupes! 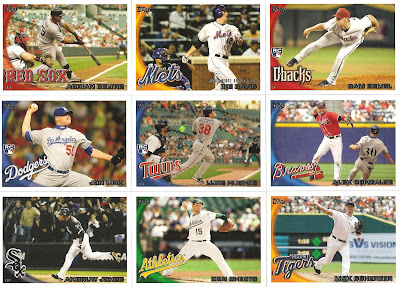 US145 Adrian Beltre
US14 Ike Davis Rookie Debut
US3 Sam Demel
US78 Jon Link
US109 Luke Hughes
US213 Alex Gonzalez
US309 Andruw Jones
US205 Ben Sheets
US13 Max Scherzer
US87 Trevor Plouffe
US209 Bengie Molina
US66 Ronnie Belliard
Anyone else notice how all the horizontal cards seem to fall together in the pack? It must be that they print them all on the same sheet. 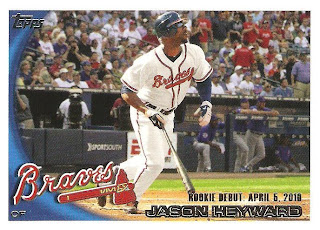 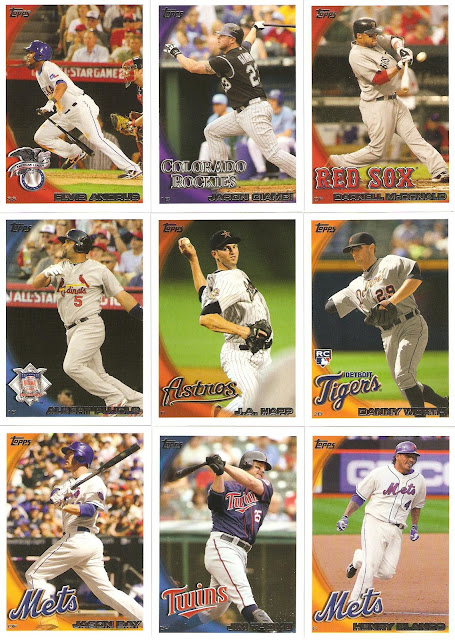 US126 Elvis Andrus All-Star
US71 Jason Giambi
US122 Darnell McDonald
US200 Albert Pujols All-Star
US121 J.A. Happ
US9 Danny Worth
US20 Jason Bay
US252 Jim Thome
US223 Henry Blanco
All duplicates. The Blanco card goes to Joe at the Sandlot - it's the last card he needs to complete his set. 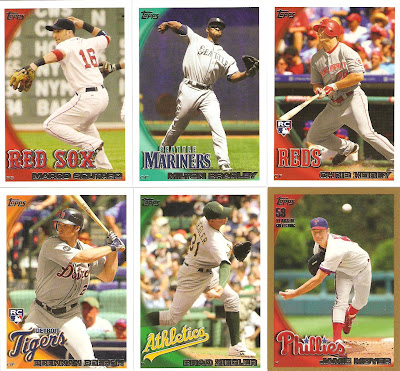 US163 Marco Scutaro
US72 Milton Bradley
US177 Chris Heisey
US120 Brennan Boesch
US113 Brad Ziegler
US95 Jaime Moyer gold parallel
I'm happy to get another card of Heisey, although a duplicate Mike Leake or Travis Wood would have been better. Ziegler is the first of the vertical cards that I didn't already have. The gold parallel of the Ageless One tells me that we've moved on to the insert portion of the jumbo pack. 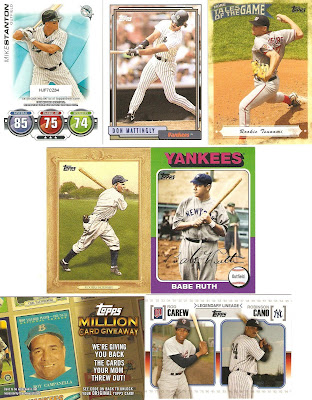 Topps Attax Mike Stanton
TMC-21 Roy Campanella MCG Redemption Card
CMT157 Don Mattingly 1992 Topps CYMTO
MTOG-14 Stephen Strasburg!!!
TR136 Rogers Hornsby Turkey Red
VLC-31 Babe Ruth
LL-64 Rod Carew/Robinson Cano
At least there's one Strasburg in this pack. I collect the Legendary Lineage, so I'm glad to get one of them (not all my jumbo packs have had one). The Campy code has already been redeemed so don't get any ideas. 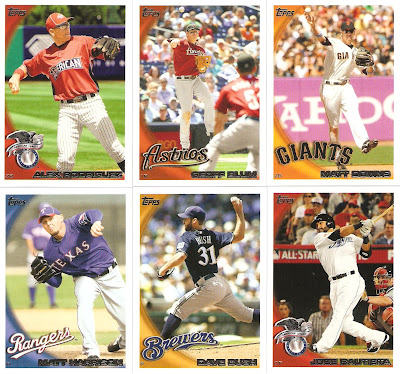 US280 Alex Rodriguez All-Star
US48 Geoff Blum
US234 Matt Downs
US248 Matt Harrison
US269 Dave Bush
US118 Jose Bautista All-Star
I was a bit worried when I pulled the A-Rod, because I knew I had that card already. But then I got four cards I didn't have until the Bautista. I'm pretty sure I have all the All-Star cards by now. 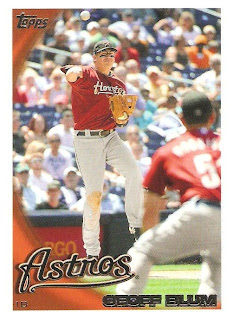 US48 Geoff Blum
No, I didn't have an aneurysm and mistype that. I got two Geoff Blums within five cards of each other. Anybody need one? 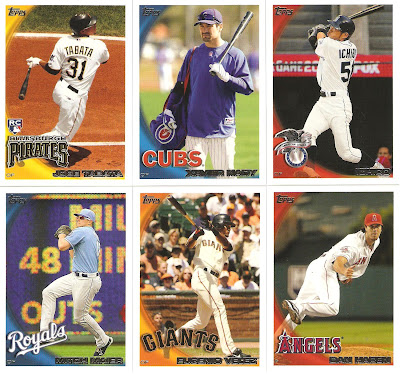 US235 Jose Tabata
US299 Xavier Nady
US130 Ichiro All-Star
US313 Mitch Maier
US267 Eugenio Velez
US306 Dan Haren
More dupes, but at least the Ichiro card can go in my Ichiro PC folder. 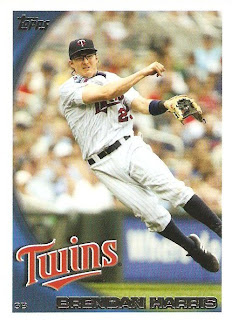 US233 Brendan Harris
Yep, the last card is a duplicate, too. Way to finish up strong, Topps.

In the end, I got 14 cards that I didn't have before, bringing my total to 194 out of 330. I still think I can complete the set, but I'm going to have to hustle to do it. The next four packs will need to be a bit more productive.