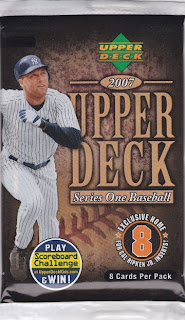 Thanks to the wildly popular demand of last year's 2007 Upper Deck pack, I figured I'd give it another shot. This time, it's all about Series 1. Let's see if we can do better than last year's Series 2 effort. 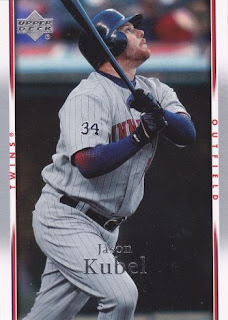 155 - Jason Kubel (I couldn't pick Kubel out of a police lineup consisting of AL Central players, but he had that one good year that prompted me to add him to my fantasy league teams again last year.) 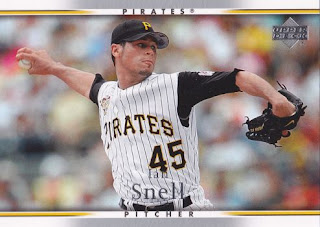 409 - Ian Snell (Another victim of the Pirates Prospect Curse.) 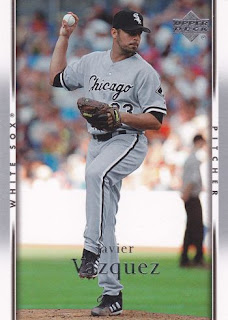 92 - Javier Vazquez (Vazquez has been well-traveled of late.) 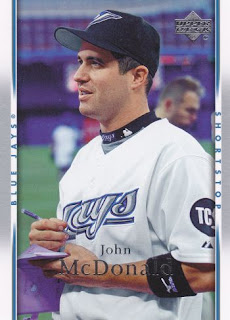 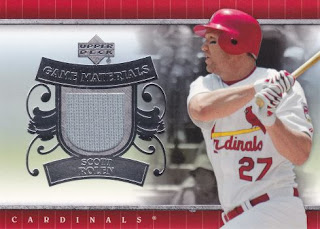 UD-SR - Scott Rolen Game Materials Jersey (Success! This pack came from a repack box, folks, and it contained a relic... a Cardinals one at that! That's my team!) 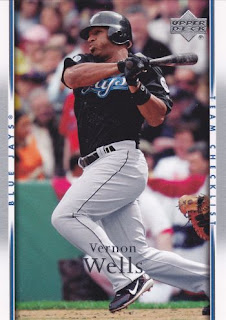 484 - Vernon Wells Team Checklist (Wells admirably tried to make up for his dismal performance to contract ratio last year by gaining his first All-Star appearance since 2006.) Great pull! And it's not bland white, either. Congrats!

On a more selfish note, please set aside the McDonald card for me. I have some cards for you that I'll send after Christmas.

I love repack boxes...I've pulled some nice GU/Autos/Inserts from them. My last great pulled was an Ichiro Insert /35 from a $9.99 box.

Nice pull. Rolen is a brand name too. My best repack pull was a Derek Lowe jersey card.

McDonald is the back up shortstop for the Jays. He is a very good glove but not an amazing hitter. He did not get much playing time when Gaston was managing