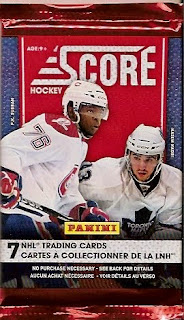 Panini makes it hockey cards debut bringing back Score brand. With the Score brand they brought back 1990-91 design which still holds up to this day. As for the cards 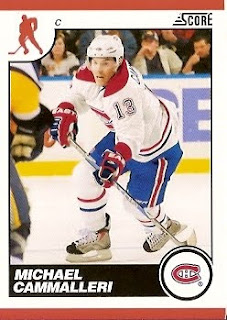 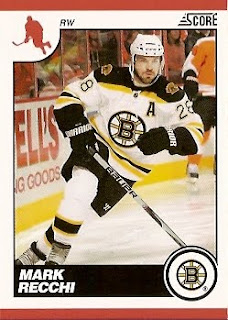 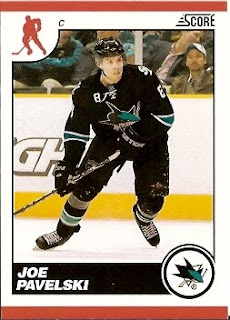 397 - Joe Pavelski - one of members of 2010 US hockey team and provides offensive spark to the team. 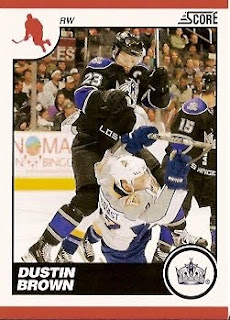 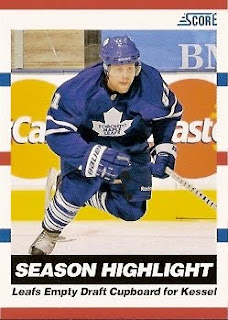 4 - Season Highlight: Leafs trade for Kessel - a season highlight card of the Maple Leafs sending high draft picks (2010 and 2011 first rounder and 2010 second rounder) to the Bruins for Phil Kessel. Kessel currently has 10 goals this season. 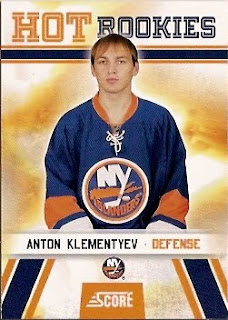 524 - Anton Klementyev - Still in Bridgeport as of this moment 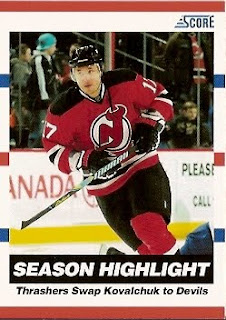 So far not off to a good start.

Any card that highlights the idiocy of the Maple Leafs is a win in my book.