Written by Punchy Sam at 9:32 PM
Today we have a pack of 2001 Upper Deck Minor League Centennial! 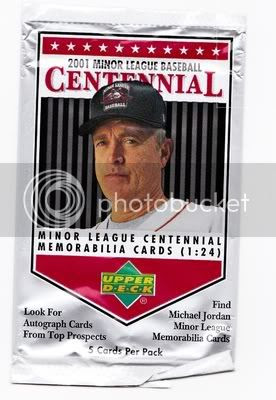 This is an interesting set... seems similar to Tristar's current offerings, a mix of MILB players and MILB "legends" (usually big league legends in their minor league uniforms).

Buying an older Minor League pack/box is a double edged sword. You have a chance of hitting guys who became great players, but pretty much anyone who hasn't made it yet isn't going to. 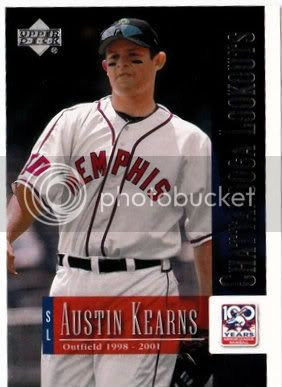 First, we have Austin Kearns. He has been bouncing around the bigs since 2002, and gained a tiny amount of notoriety for his 2011 DUI arrest. 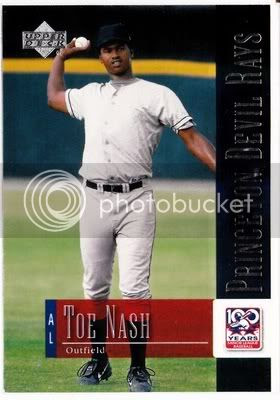 Next up... Toe Nash! Looks like this is the all-justice-system pack. Toe spent a year in the minors and was, for a while, highly praised and considered to be the next big thing. He was later arrested numerous times and is now a registered sex offender. 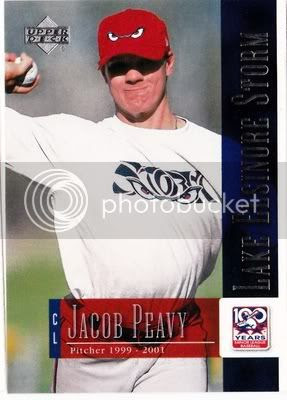 Third is Jacob Peavy! Before he was Jake. We all know he went on to be a star pitcher for the Padres (and is seeing something of a resurgence now)... but how stupid is that cap? 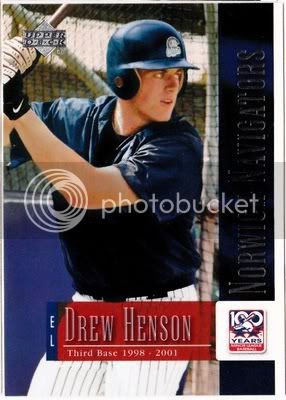 Here we have Drew Henson. Drew played a year for the Yankees and a few years in the NFL, not seeing any outstanding successes at a professional level for either sport. 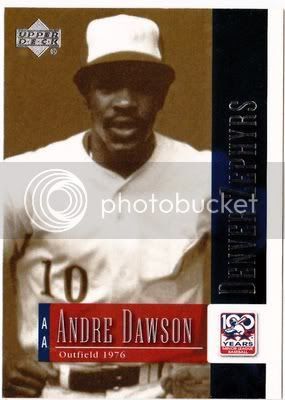 And finally, Andre Dawson! The "Hawk" is one of my favorite all-time players, and a nice way to round out the pack.

If nothing else, this pack was interesting.