Written by Jafronius at 7:54 PM
Greetings!

Hope everyone's enjoying the start of the baseball season.  Looks like the Cubs will be winning a third of their games this year, putting their best effort out there on the final game of the series when the opponent is resting some of their starters.  Oh well, rebuilding ain't easy.

A quick one for today.  Here's the bonus patch card that came with a 2010 Topps Series 2 blaster box I picked up a while back.  It counts as a pack, I guess. 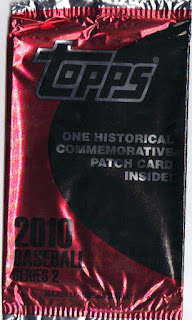 We can't play guess the player with the card because the player's name is listed at the top of the patch.  So, here's the patch itself: 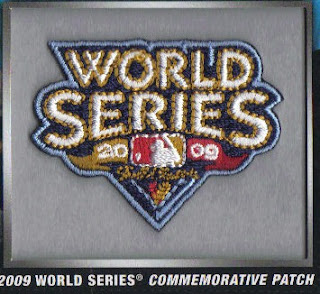 The Yankees and Phillies squared off in the 2009 World Series.  New York won in 6.  Hideki Matsui was the MVP.  It's not a patch card of Godzilla, is it? 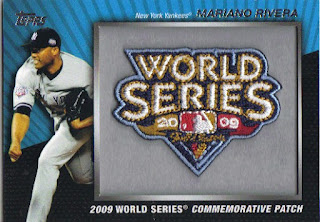 According to Wikipedia, Rivera finished the Series with 11 career saves in the World Series, so it's not a bad choice to have him on the card.  Here's the back: