Written by Jafronius at 7:11 PM
Greetings!

Hope everyone's doing well.  Not a whole lot of energy this evening, so here's another quick one.  Here's the bonus patch card that came with a 2010 Topps Update blaster box I picked up a while back. 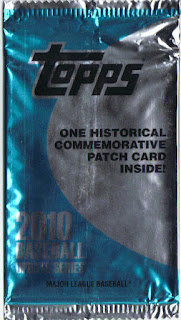 Just like with the Series 2 patch card, the player's name is along the top of the card, so here's the patch: 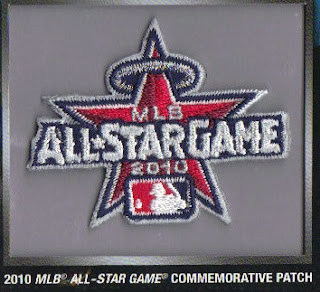 Well, this could be one of the what, 100 players who were chosen to participate in the Mid-Summer Classic?  For the record, the National League won the game and Brian McCann was the MVP.  Got your guesses in?  Let's pull back and see who it is: 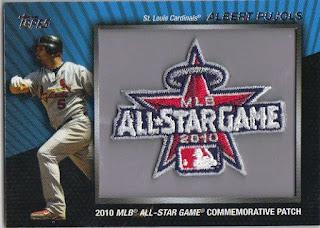 It's the circle of life!  How often do you get a card of a player who would eventually play for the team who hosted the All-Star Game, commemorated with the manupatch on that card?  Not often, I think.  Here's the back: 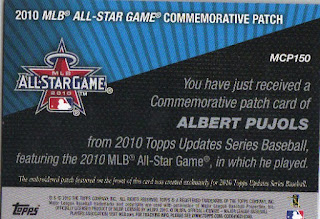 I'll have a much longer post next time.  Thanks for reading!