Written by Punchy Sam at 7:54 PM
First off, as this is my first post I should introduce myself! I'm Sam and I write the blog Wax Pack Geek. I'm pumped to be posting here on APTBNL. 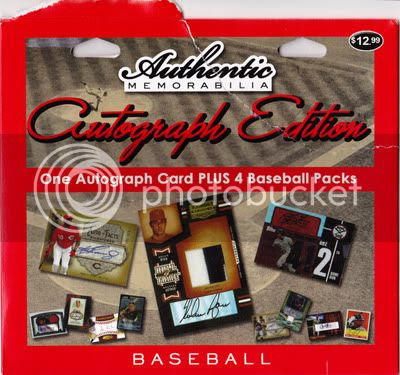 So if you have been to Target you have probably seen these. They are packaged by the Fairfield Company (they package a lot of the grab-bag and assorted retail pack boxes). The package guarantees one autograph and 4 assorted MLB packs. On the package we see a bunch of awesome autographs, none of which anyone ever pulls, most likely... including Griffey, Nolan Ryan, A-Rod, Longo, Han-Ram.

I busted two of these. They both had the same offerings for the packs: 2010 Upper Deck, 2011 Opening Day, 2008 UD First Edition Update, and 2007 Fleer Ultra. Each also features two little white envelopes with the autographs. I won't list every base card I pulled but I will hit the highlights (and low-lights).

First, I'll bust the 2010 Upper Deck. This set is somewhat infamous for the fact that it had no MLB team licenses leading to a lawsuit (Upper Deck decided to display team uniforms without removing any logos.) Here is a Ryan Franklin base card. Nothing too special. 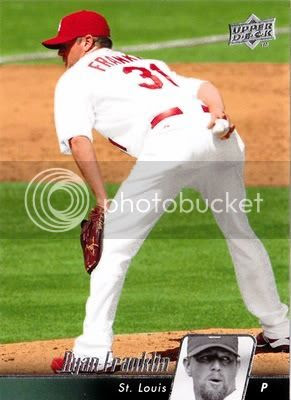 The Upper Deck "Supreme" inserts are somewhat similar to the previous "Starquest" offerings (we will see some of those with the 08 UD Break later). 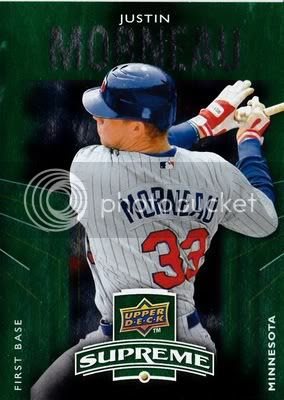 This is one of the more hilarious cards I pulled... I'm actually thinking of sending it for a TTM Auto... its Supreme Court Justice Sonia Sotomayor! 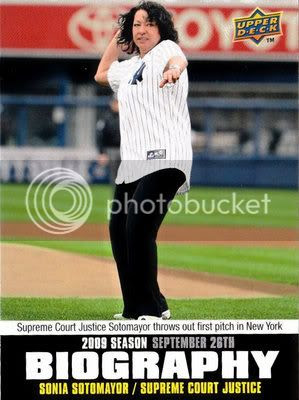 Next, we'll break the 2008 Upper Deck First Edition Update. Each pack boasts a "Starquest" insert. I've been noticing with these first Edition Packs a pattern... every single one I've opened is a "common"... with other UD products I have seen a wider variety, which leads me to believe that all (or almost all) of the First Edition packs feature the common inserts. Honestly, this is not a product I would buy on its own. 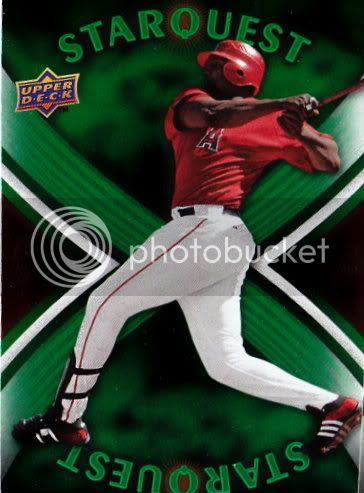 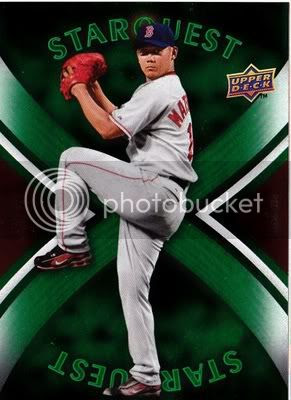 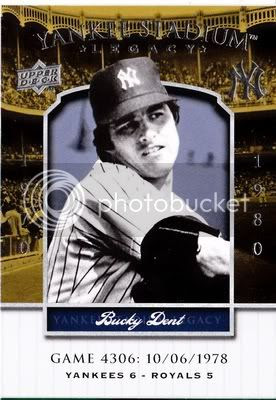 Next we have the 07 Fleer Ultra. They must have made a LOT of these packs because, honestly, I still see them in just about every Target and Wal-Mart I go to.

These are a couple parallels from the set. The only difference is the gold (looks like blue on the scan) printing. I pulled no other inserts in these. 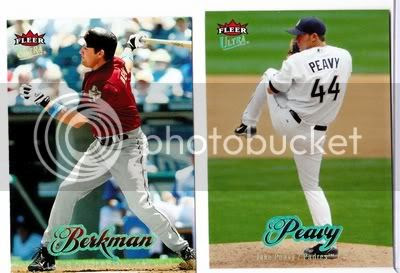 Finally, we have 2011 Opening Day. Opening Day, much like UD First Edition, is a lower end set with very little in the way of AU/GU inserts. The cards look like the regular base set but cheaper... almost as if someone scanned the base design and then printed it with a household printer.

Here is a Richard Nixon insert (should I try this one for TTM too? oh wait...) a base card, and a Cliff Lee/Rangers Insert.

So, finally, the two autos: 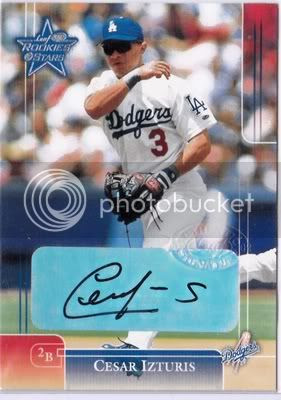 First, a Cesar Izturis auto. 2002 Leaf Rookies. He is a one-time all-star and gold glove, so I guess that makes it better than average. 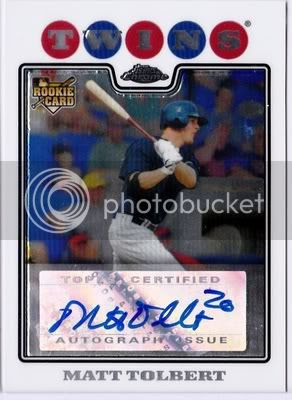 ..and next, a Matt Tolbert 08 Topps Chrome RC Auto. I actually like this set a lot. They are smooth looking... especially the blue refractors.

So there's my first post here! Hope you liked it. I have an assortment of hobby packs coming in the mail I plan to break in the next couple weeks including some we haven't done yet.

Nice job on the first post. I've always wondered what were in those target packs.

If you are really unlucky you might end up with some 1988 Donruss but usually its similar fare to this post.

2007 Fleer Ultra is unfortunately accompanied by the poorly-thought-out 2008 Documentary set, I have noticed.