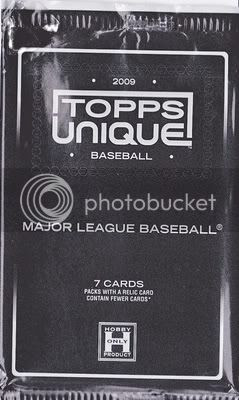 I had so much fun with my first post I thought I'd come back for some more!

I decided to bust a hobby pack of 2009 Topps Unique Baseball. I don't honestly know a whole lot about 2009 Topps Unique. In fact, I was rather curious what was so "unique" about this set that it warranted being called that. With an auto and relic per box and a 200 card base set, it doesn't really sound all that unique. Anyhow, I busted the pack. And here is what I got (yes, this is every card). 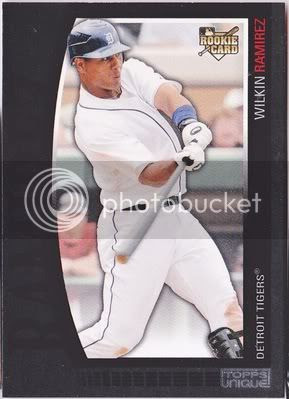 First, a Wilkin Ramirez RC. This card is serial numbered to 2699, as with all of the RC's. As you can see, there is nothing strikingly "Unique" about this design.

Next, the only other card in the pack: 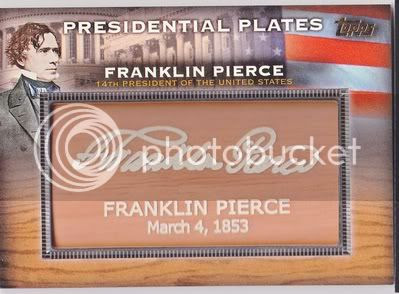 What the heck is this? Its basically a manufactured bat relic... except with a President on it instead of a player?!?

I don't even know what to think about this hit. I hit a $40 BV relic in a $3 pack so obviously that's a success. But seriously, whose idea was this? "Oh hey, I know what card collectors want, manufactured relics that look like a bat barrel but instead feature an obscure president. Yes, yes they will like that a lot. Lets make some logoman patches and replace the caps with tophats for Honest Abe too! No? No, you don't like that idea? Ok, just the president bat barrels then."

I'll admit. They weren't lying. This is "Unique".

oh Topps Unique...they remind me of a nice hair salon in the bad part of town.

hahaha... that pizza place that has the great crust but you can't go without witnessing a mugging

What would you want for it? Trade only, or cash or what? Thanks!

I'd trade for it. Shoot me an email at utz.samuel@gmail.com