Written by cynicalbuddha at 1:34 AM 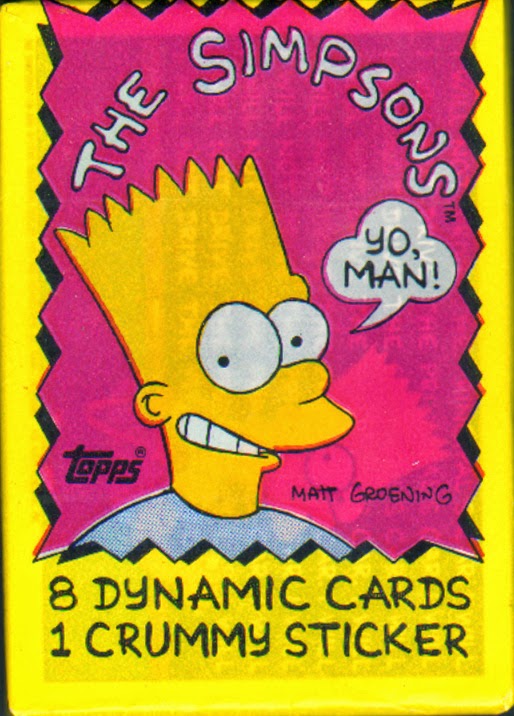 Probably one of my favorite shows of all time.  It's hard to imagine that this show would last over 25 years.  If you don't know the Simpson's history it was created as an animated short for the Tracy Ullman  Show on the fledgling new network Fox.  And really the Simpson's were the only reason to watch the Tracy Ullman show, if I remember right it was pretty terrible.  Anyways they were given their own show in 1989 and the rest is history.  And of course the show was a huge success inspiring a dance and a album of songs and with any success like that you get your own trading card set.  This set was probably a little early only having one season and all those shorts to draw on and the animation was still pretty rough that first season.

There have been quite a few Simpson themed sets released, but I don't think there has ever been one that really encompassed the whole show.  Someone might want to look into that. 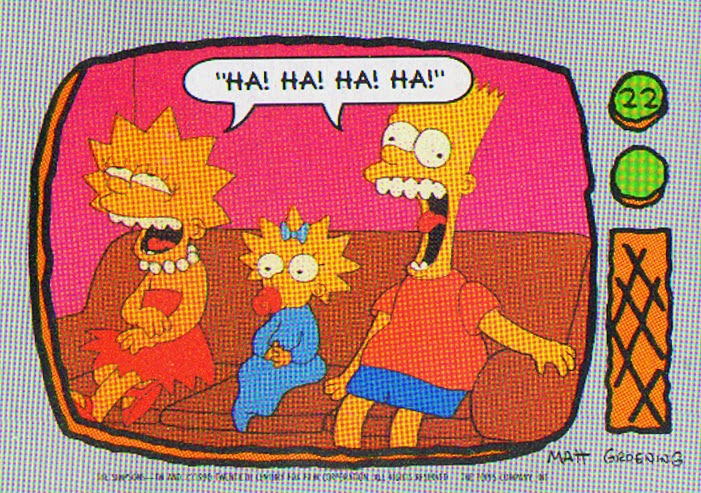 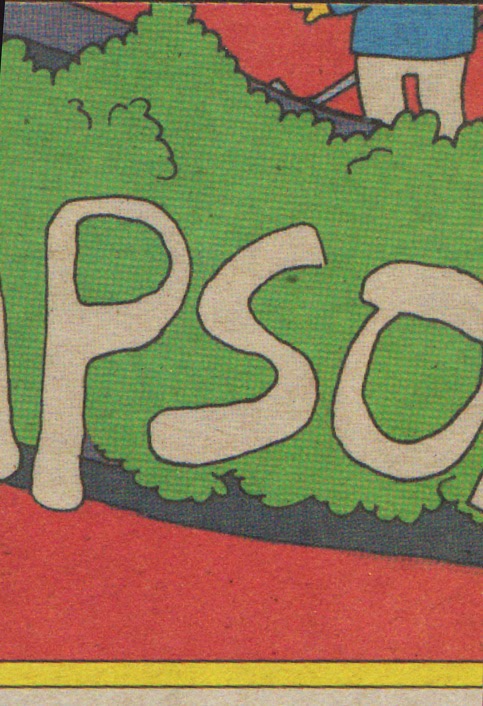 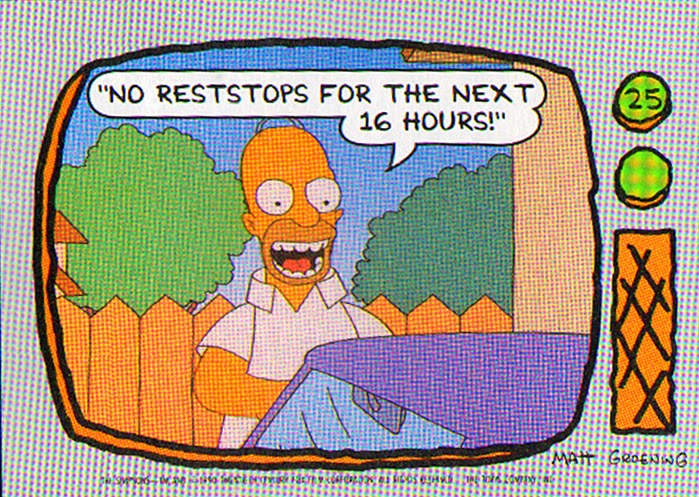 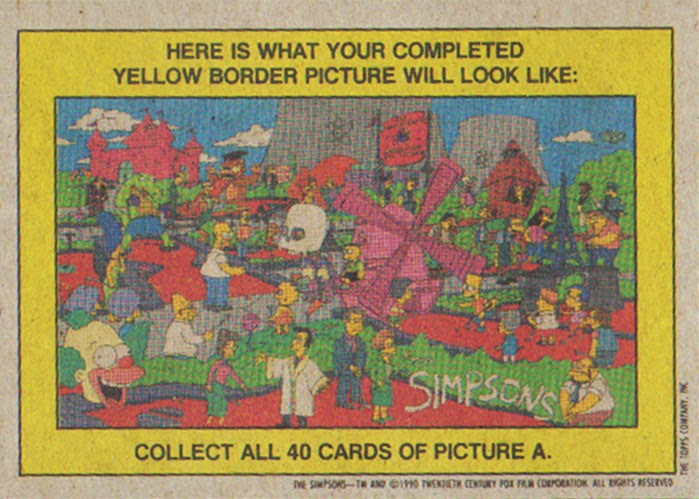 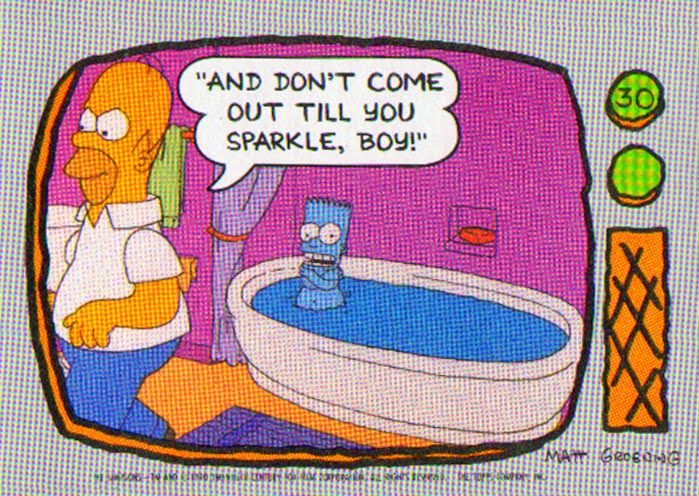 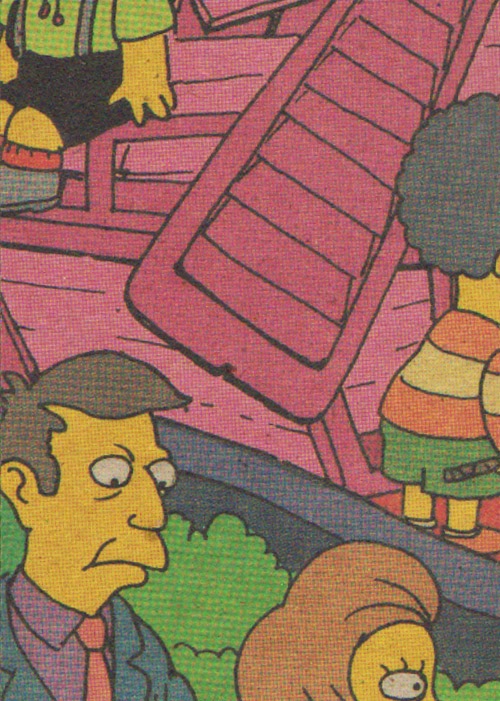 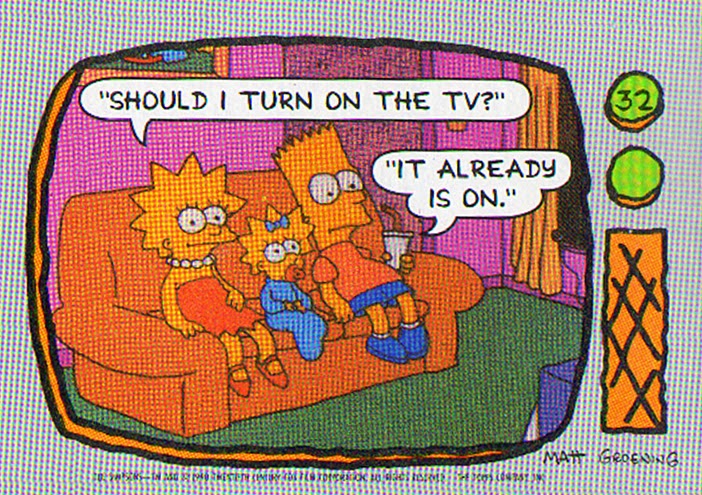 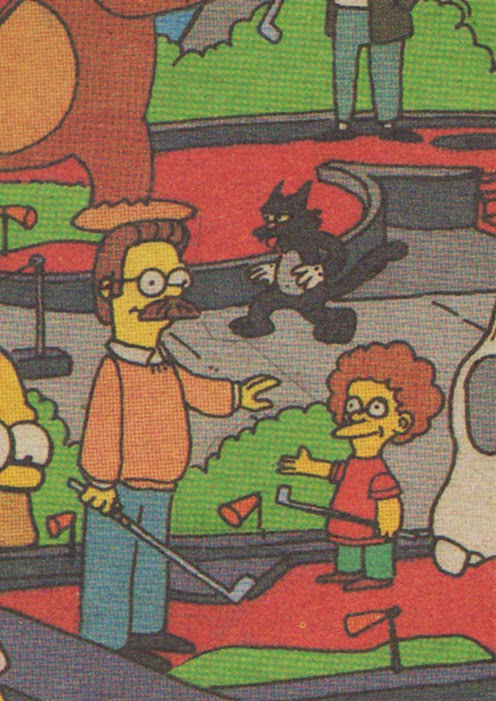 This was the only card in the pack that the back wasn't a puzzle piece. 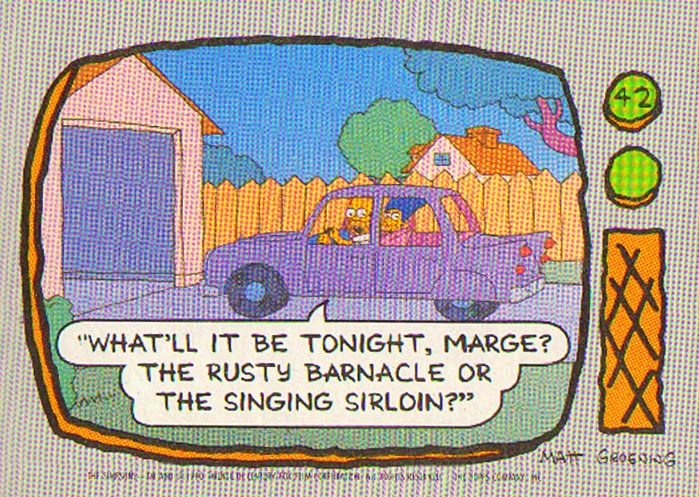 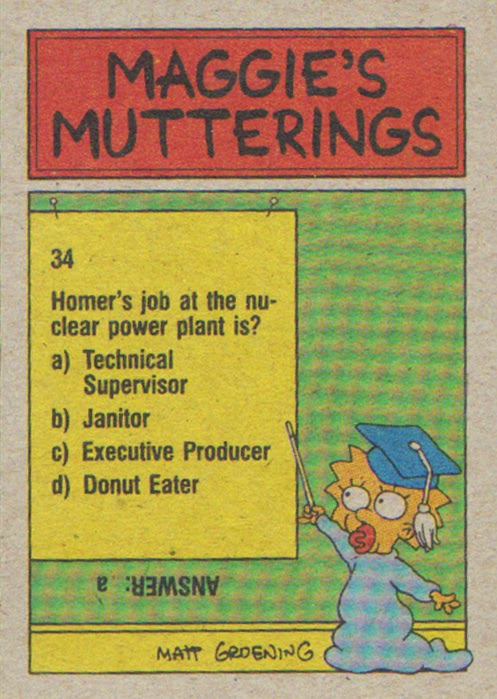 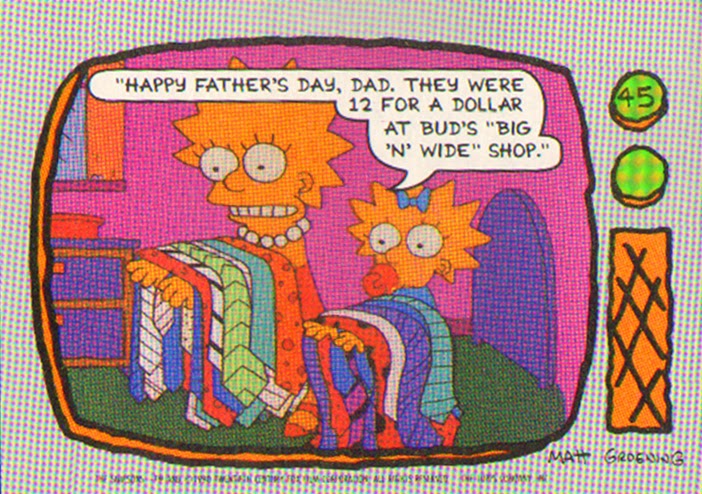 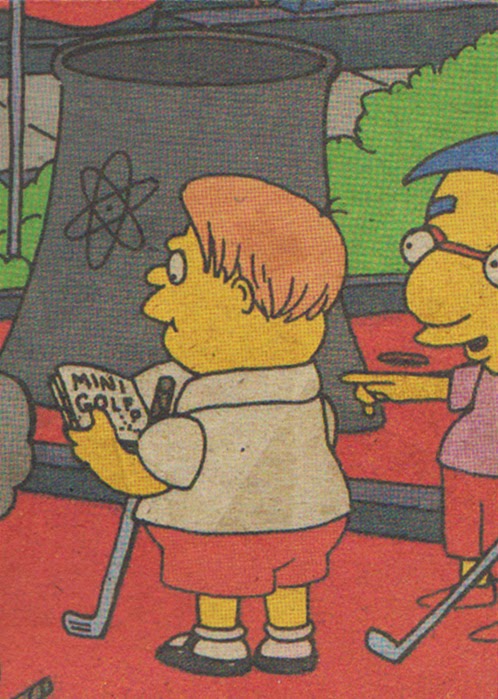 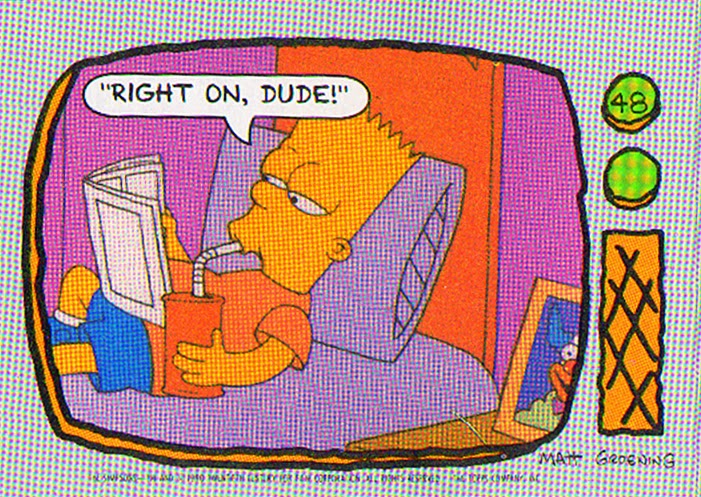 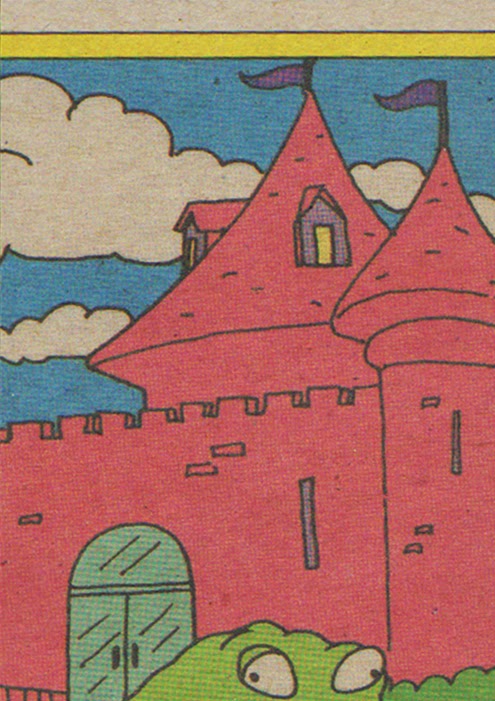 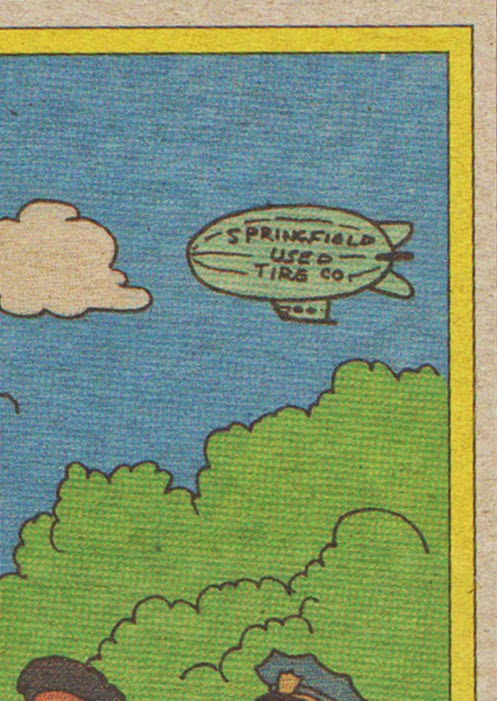 And of course with any Topps set like this from the time you have a sticker set. 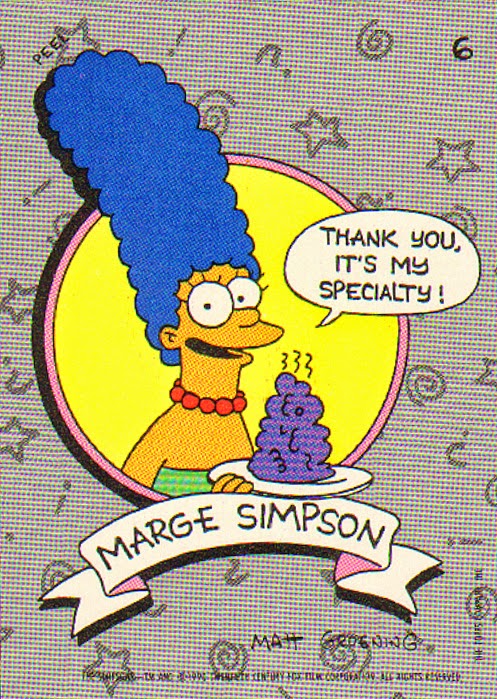 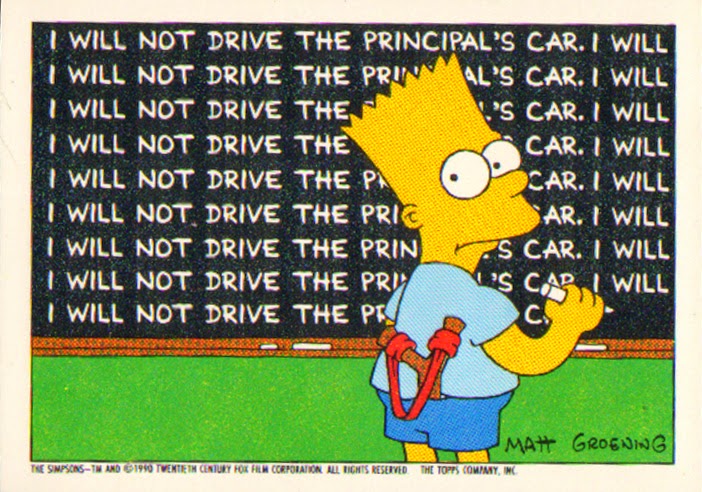 Email ThisBlogThis!Share to TwitterShare to FacebookShare to Pinterest
Labels: 1990 Topps The Simpsons