Written by JediJeff at 7:29 PM
The randomizer has finally made this pack appear on APTBNL. Why do I say that? The images fopr this card have a date od 11/9/12. Interestingly - EXACTLY 2 years ago. I have avoided posting this pack for 2 years. I can't give a good reason why, but the randomizer feels its time has come. 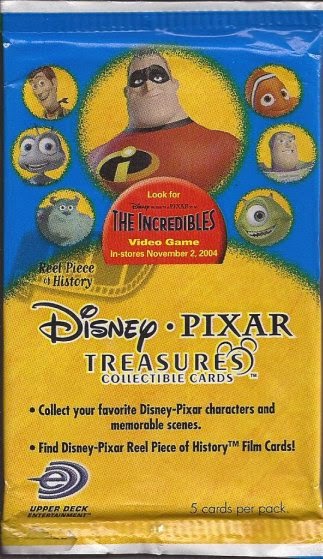 This was a Target 99 cent special - that I remember. Otherwise, seeing these cards again will be as new to me as to you. The hit in this pack was a card with a piece of film cell within it. Look close at that red ad in the middle. It talks about The Incredibles video game being released in Nov 2004. I believe the cards were released just before the movie came out. Five cards in the pack. 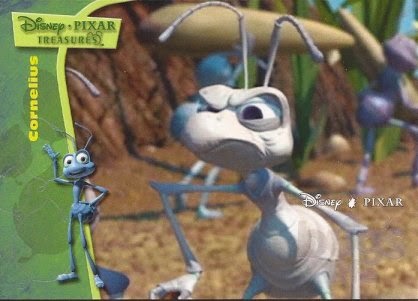 Basically, it's an image from the movie. If you look lower right, under the Disney/Pixar wordmark, you see a splotch. It's foilish picture of the movie logo. Shows up much better if you tilt the card. You'll see the frames change slightly, but they all see conform enough to have the set match up. 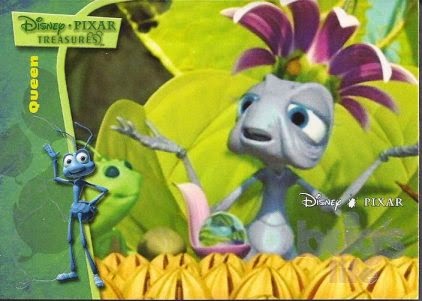 Another Bug's Life card, with the Queen, voiced by Phyllis Diller. 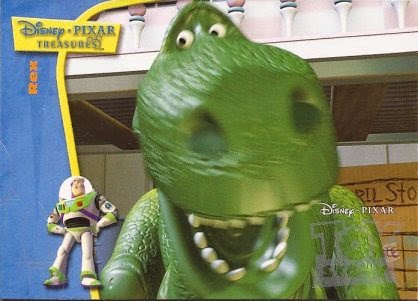 Original Toy Story, with favorite Rex. Interesting shot, being that his head is moving. You can really see the care in the animation to add the blur to the character to help with the feel of the movie. 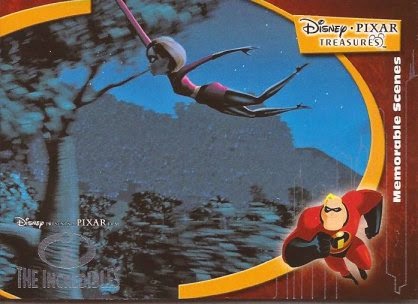 Not all the cards are characters. I don't recall how many are labeled with this Memorable Scenes. The internet says it's cards 100-150, and they are all from The Incredibles. Also, you can see the movie logo really well at the lower left. 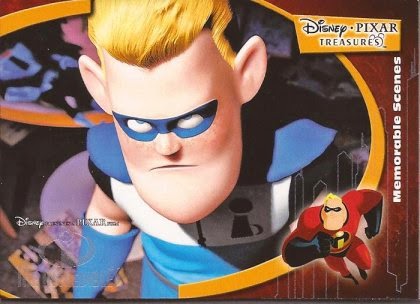 My name is Earl. Uhhh.....Buddy. It's a tough call, because there is a lot to love across their releases, but The Incredibles is my fav Pixar release. Turning them over. 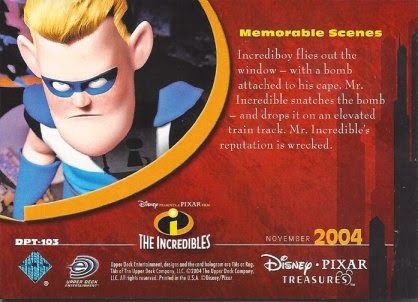 Little write-up about the image on the front. Shocking image recycle by Upper Deck. The whole set is 170 cards - last 20 are short printed.

That actually looks like a non-sport set that I could get into. I love Pixar movies.