Written by cynicalbuddha at 11:30 AM 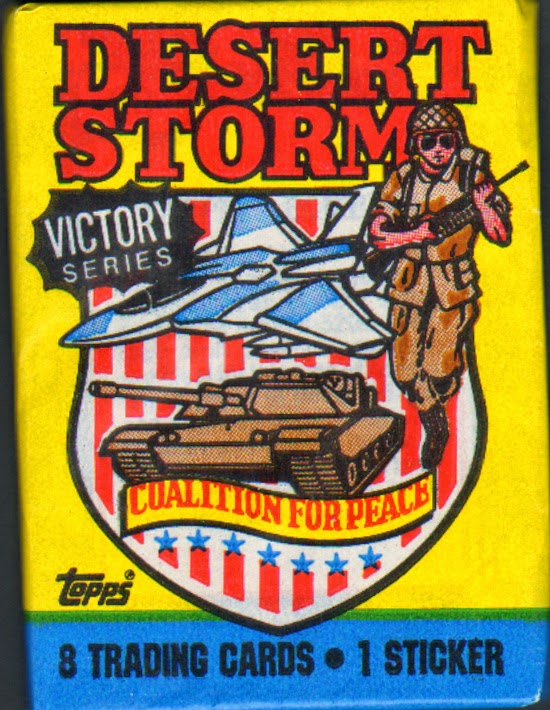 In 1991 I was a junior in high school in Berlin, Germany.  My father was in the army and stationed at Berlin Base.  It was a great time in life to be living in Germany. I got there just after the wall fell and was there for reunification.  I remember when Iraq invaded Kuwait  and of course the whole Desert Storm/Desert Shield conflict.  I remember coming to school to see the driveways barricaded with trucks and armed soldiers at the door.  I also remember the flood of Desert Storm and military sets that flooded the market around the same time.

Regardless I was able to pick a box of each of the 3 series for ten cents a pack from Don's big sale a while back and as a collector who loves history couldn't resist cheap militaria cards.  Let's see what I got. 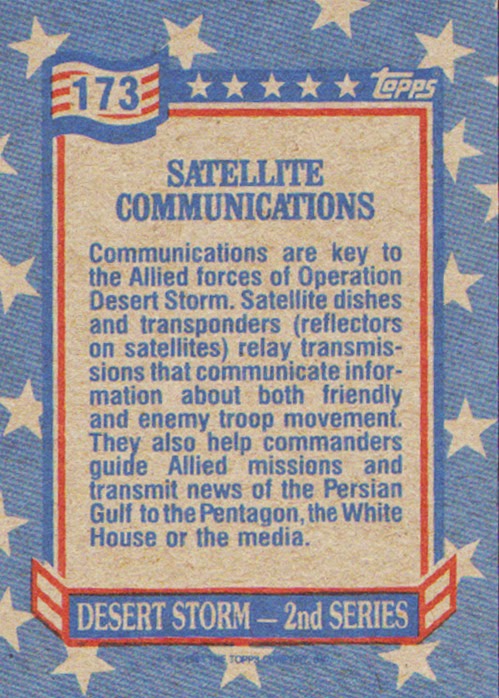 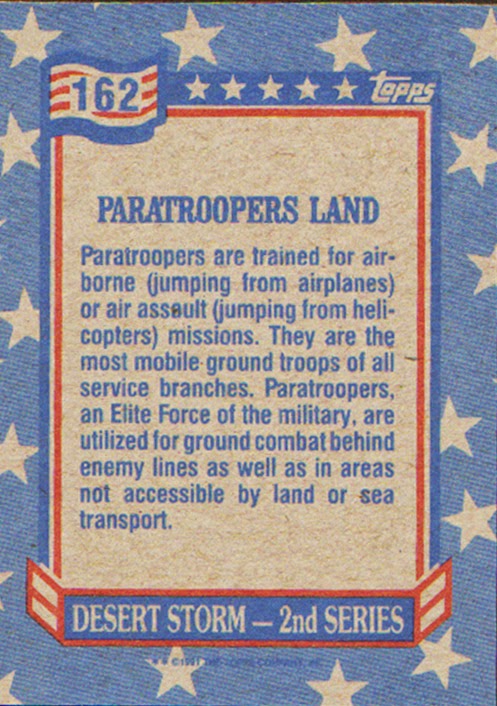 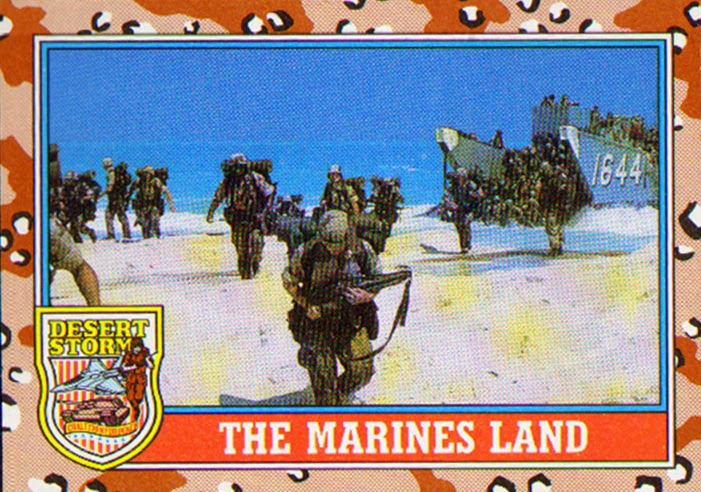 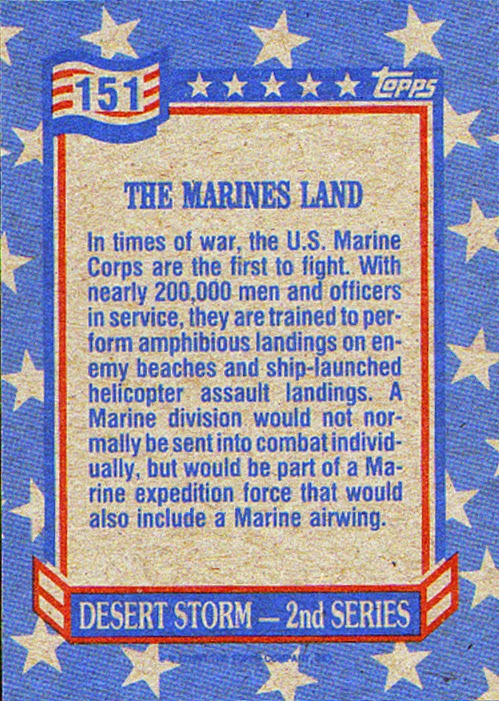 I really like all the plane and tank cards in this set. 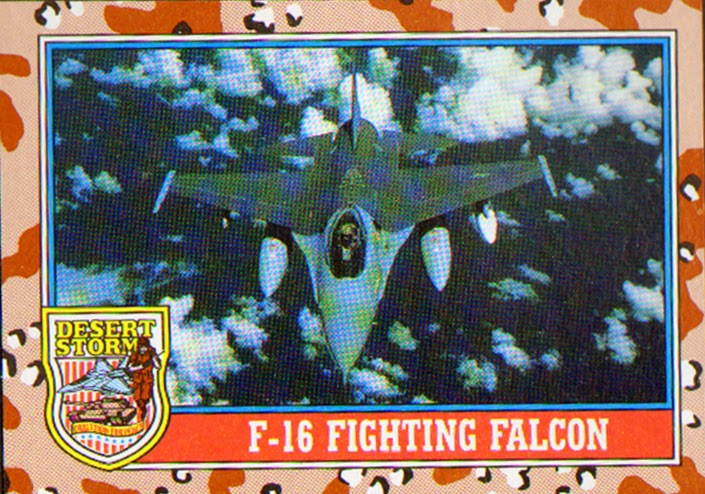 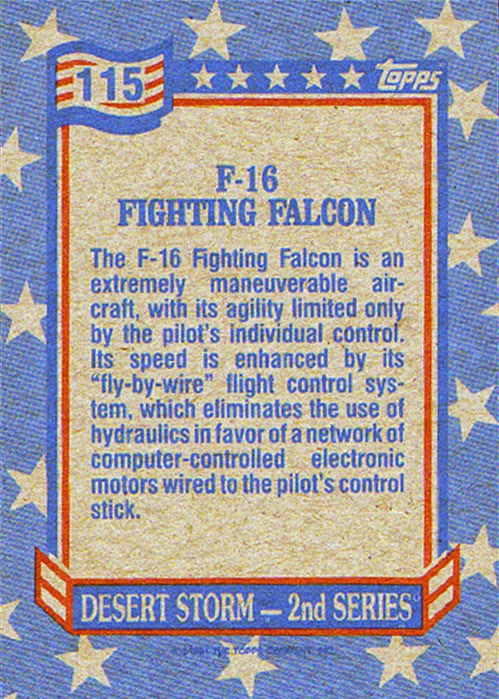 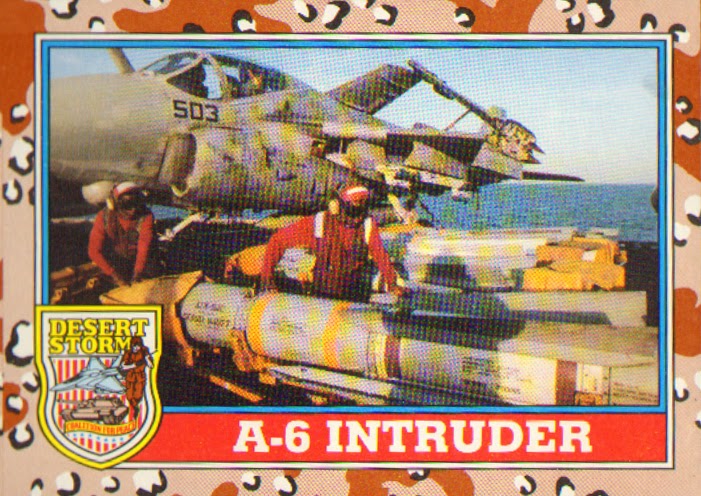 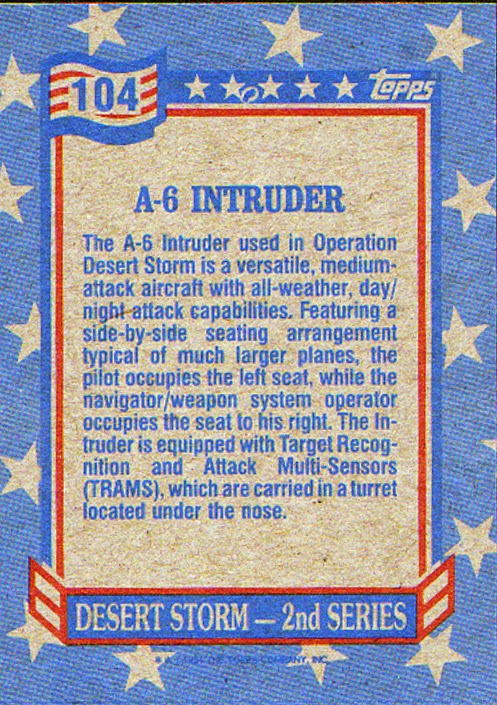 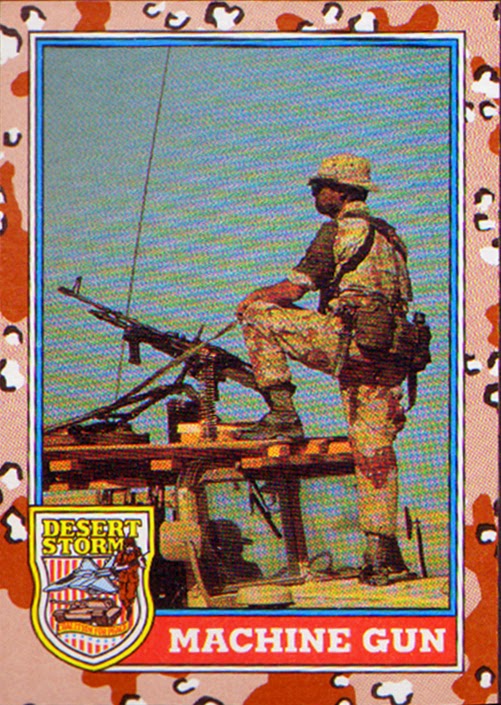 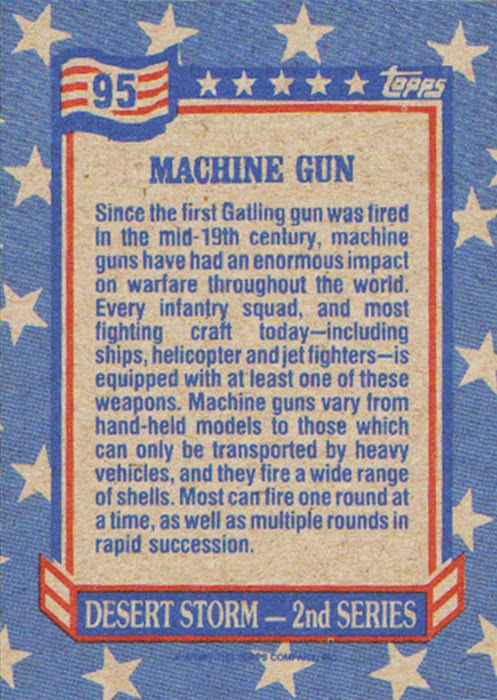 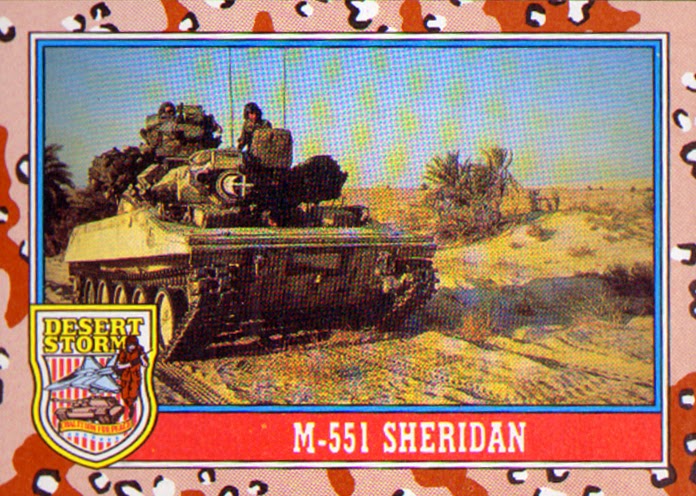 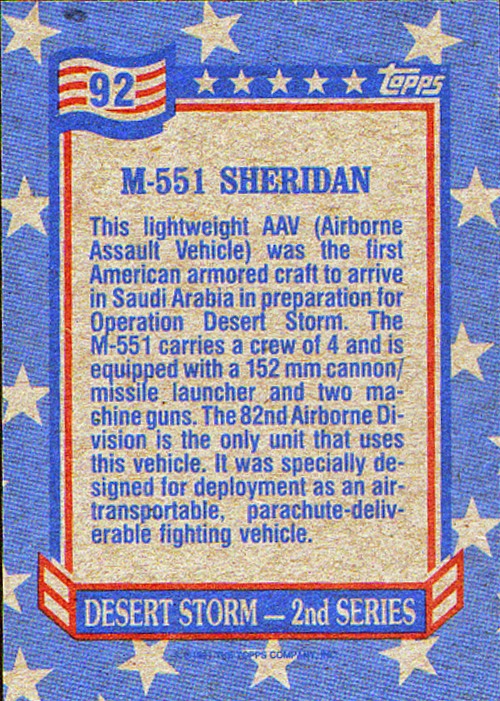 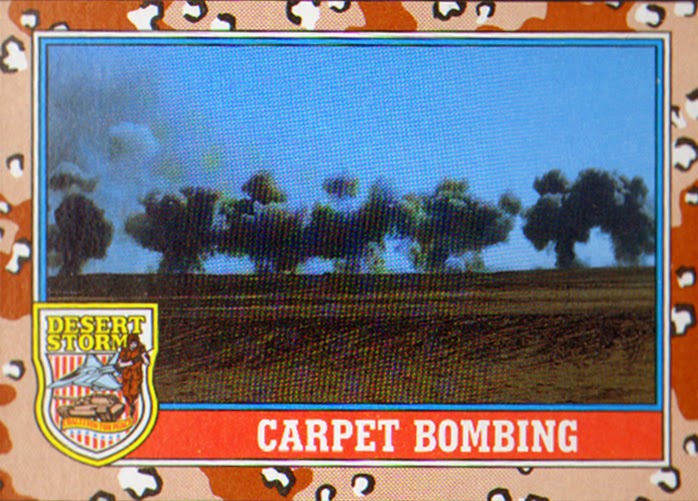 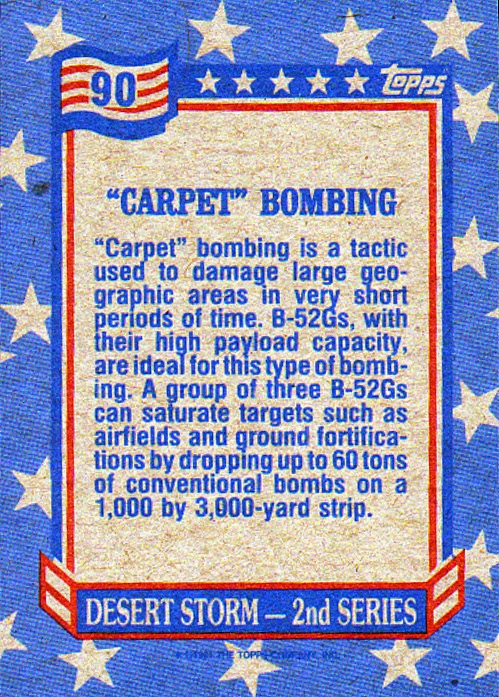 All the stickers in this set feature flags of countries involved in the conflict and most of those are allies flags.  I got Saudi Arabia. 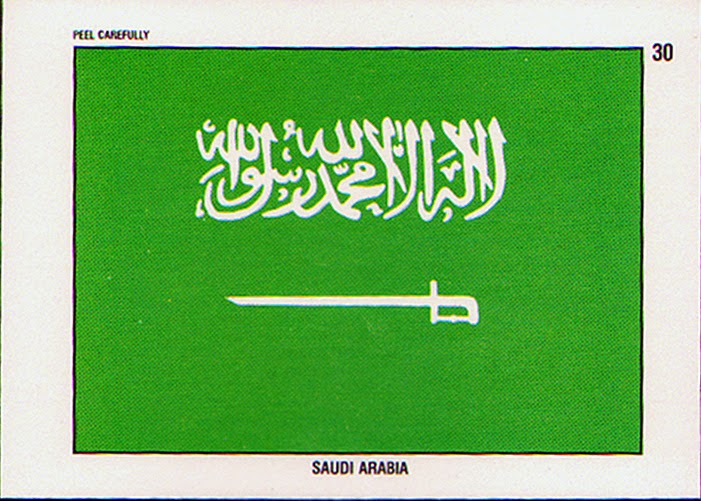 One great thing about this pack, no gum.  And the sticker was on the bottom, so no wax backs to the cards.  I'm not sure why Topps didn't figure something like this out on it's sports issues back in the 50's.