Written by JediJeff at 12:07 PM
Heading back into the scan folder, here is a pack I scored off of Listia strictly for APTBNL. With all the cards released in the junk wax area, manufacturers were putting out anything and everything. So why not WW2? 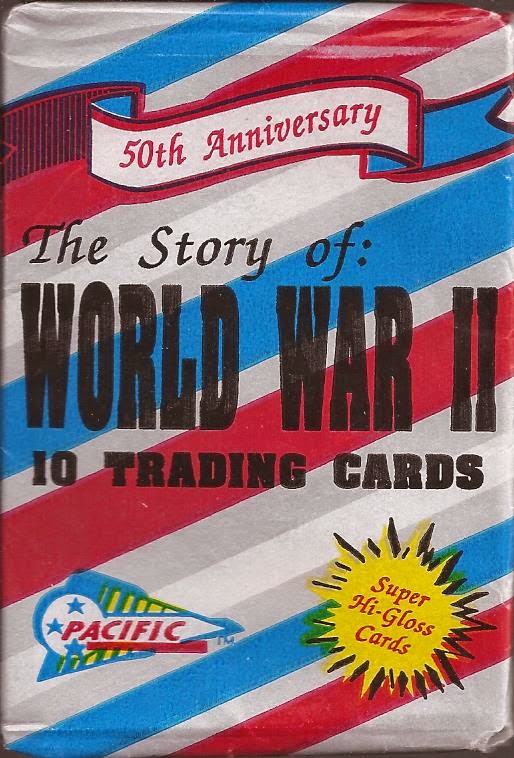 Cello pack. I'm not sure the whole 50th anniversary thing. Unless I am doing the math wrong, 1942 was the early years after the US entered the war. The general consensus is the the Great War started when Germany invaded Poland in September of 1939. UK was fighting the Third Reich in '39 and '40. US entered the war in '41 after the attack on Pearl Harbor. Again....it could be my math. Maybe one of you math teachers/bloggers could correct me?

Anyway, back to the cards. Bland pack. Standard Windows fonts on the pack, and we are getting "super hi-gloss cards"! 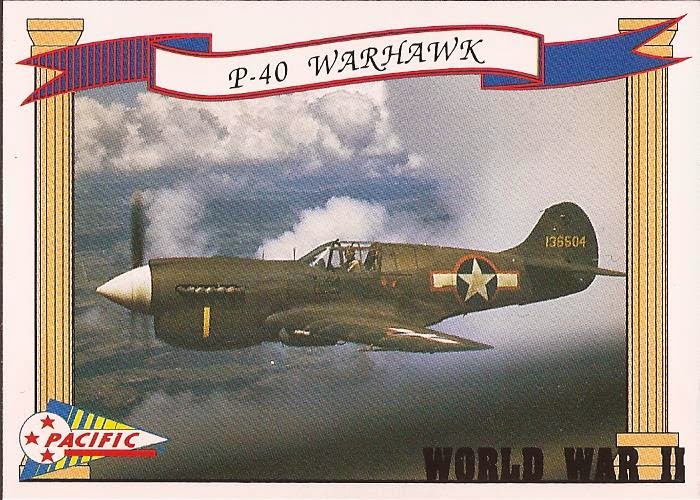 Clip art design. Get anything out fast was the mantra of the card suppliers back then. Decent photo. but this design screams MS Publisher. 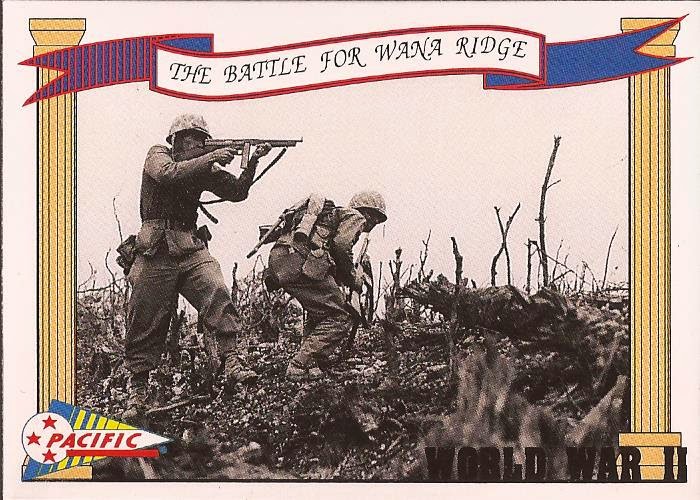 I'm sure all of the images used were from the public domain. 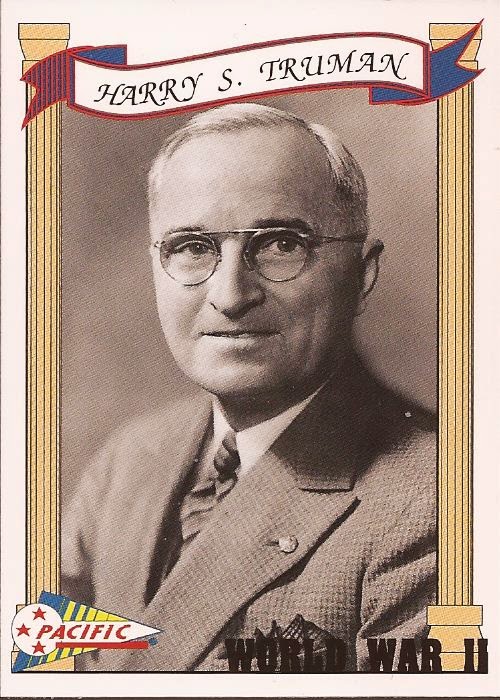 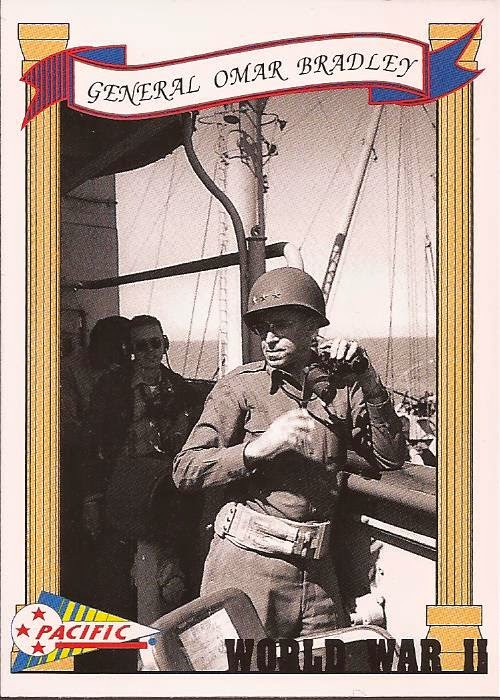 Bradley with his usual scowl. 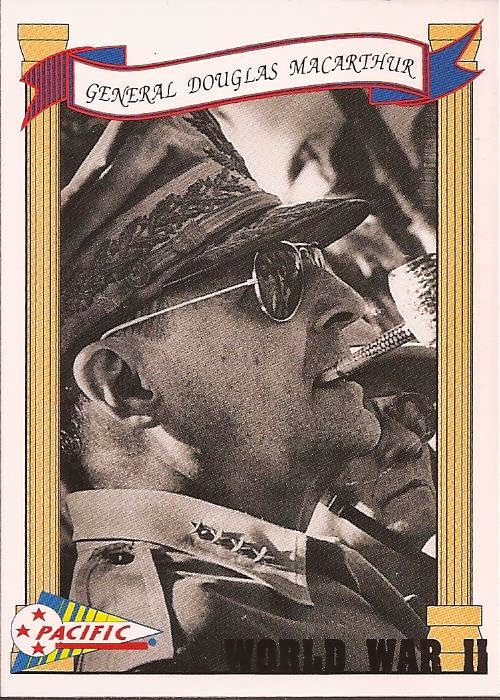 I shall return.....in some cheap, knock-off trading card set. 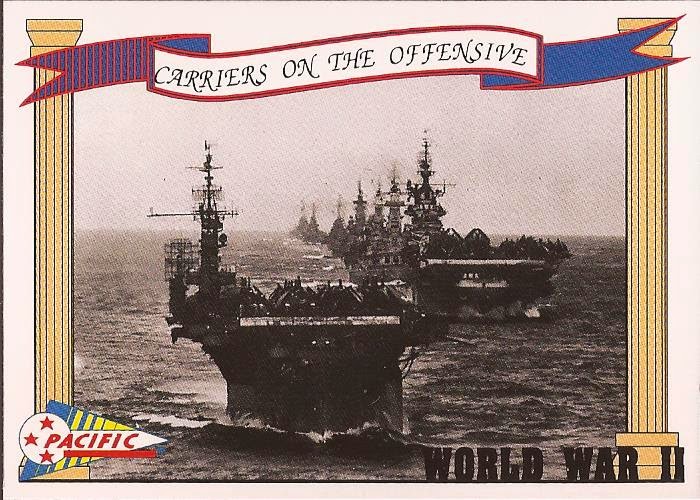 This is a set where the horizontal cards are a thousand times better than the vertical. 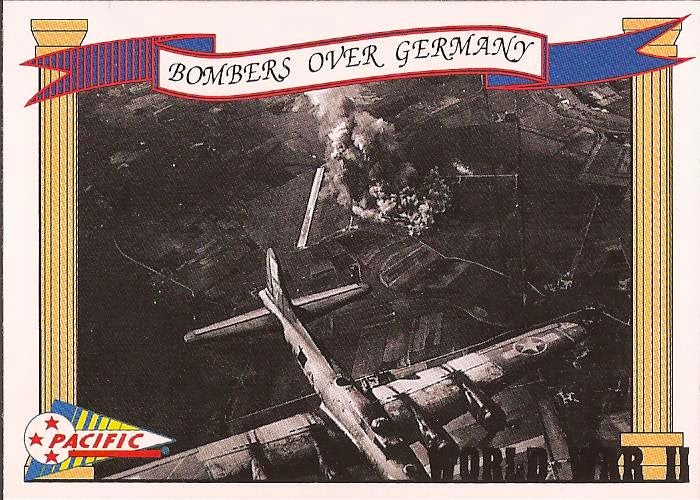 As opposed to those over Baghdad. 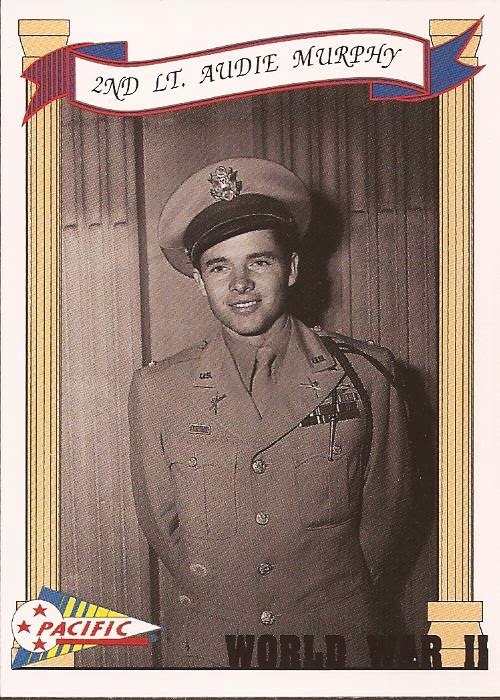 The most decorated soldier, and later actor, from WW2. I'm not even going to try and say anything. Head over to Wikipedia and read his story yourself. 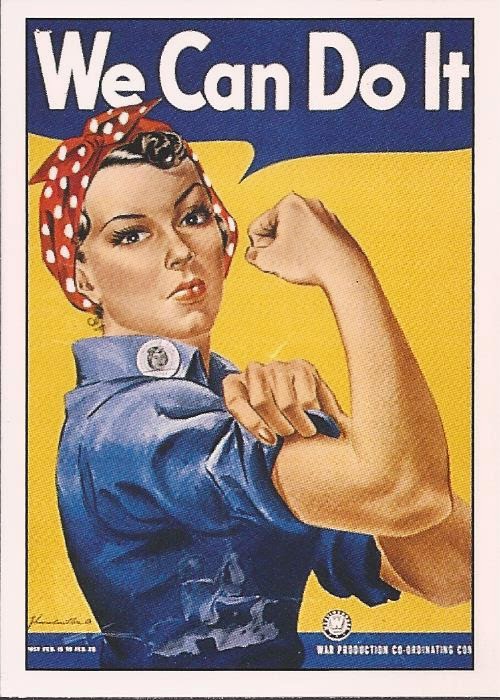 Final card in the pack, based on a raid to hit Japan shortly after Dec 7th. 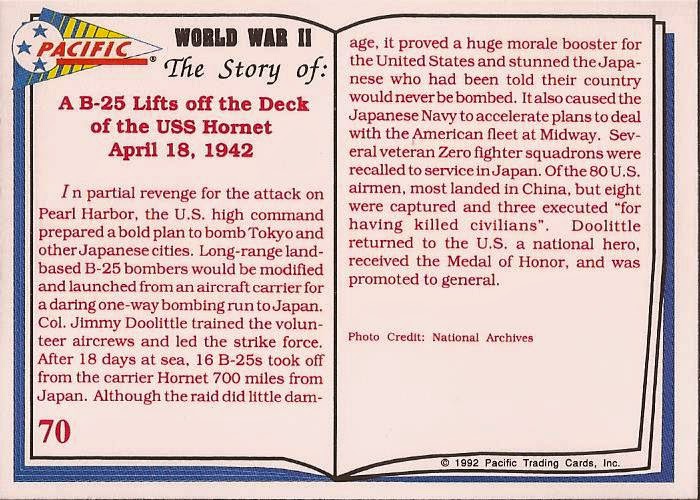 The card backs are as clip art-y as the face design. Each has a write up based on the front image. Each pack had this "bonus" card to order a copy of a war documentary. This one offers Capra's "Battle of Britain", on VHS I assume. You can see the rest at the bottom. I'll save you the $9.49 and give you a link to it here or on YouTube here.

I guess the design is cheesey but I still like them.