Written by JediJeff at 3:33 PM
It's week 11 in the NFL. Shockingly, the Bears suck. Which is to say they have really won more games than they deserve. But enough bashing - let's rip some wax plasticy foil. Here is Panini's Score release for the current NFL season. 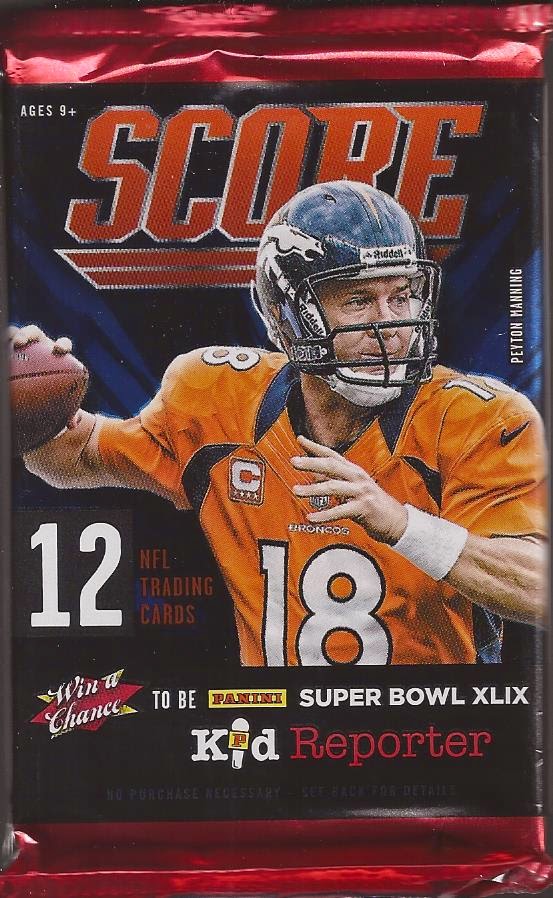 It's obvious whomever was is charge of Score was fired from Panini because they put Manning on the cover and not Manziel. I hope he/she finds another job soon. Straight forward pack with 12 cards, and an ad for a contest for kids. 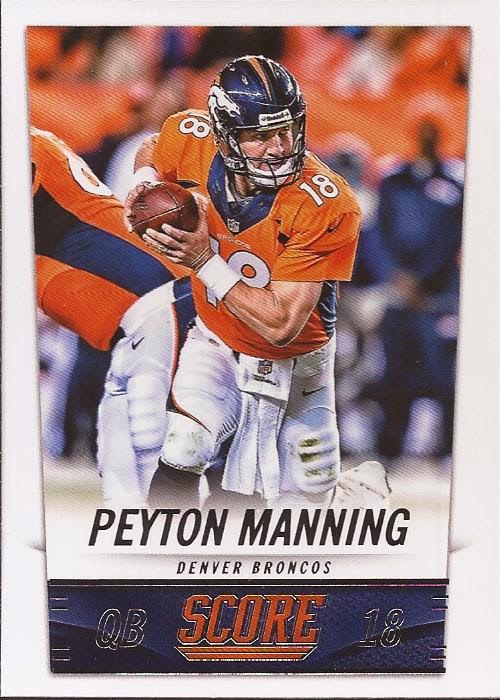 Hey look! It's the cover boy first out of the pack. Simple design, and that is a very good thing. Maybe too much foil, and the name is foil as is the number, position and the outline of the Score logo. But the foil doesn't ruin the layout. A clean picture on a simple card design. Well done Panini. 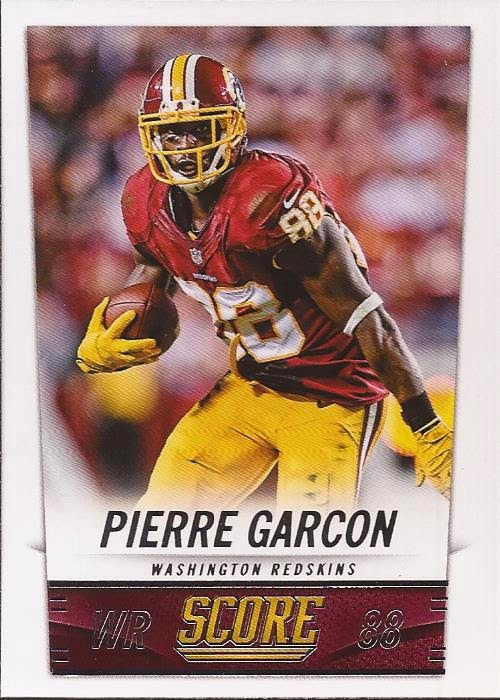 Note the badging changes to match the team colors. And to think they fired the person because of the lack of Manziel. Well, ok - that's speculation on my part. Maybe the card was designed by a different person and still works there. Hopefully they do. 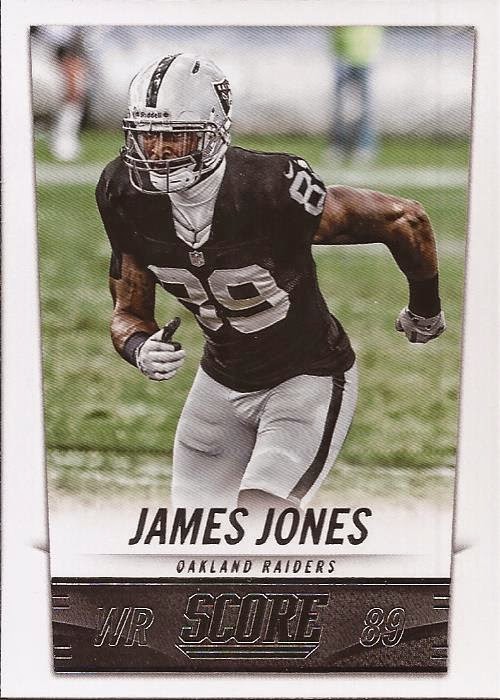 Some team colors aren't so great in the badge, but that's not the designs fault. Let's blow through the rest of the pack. 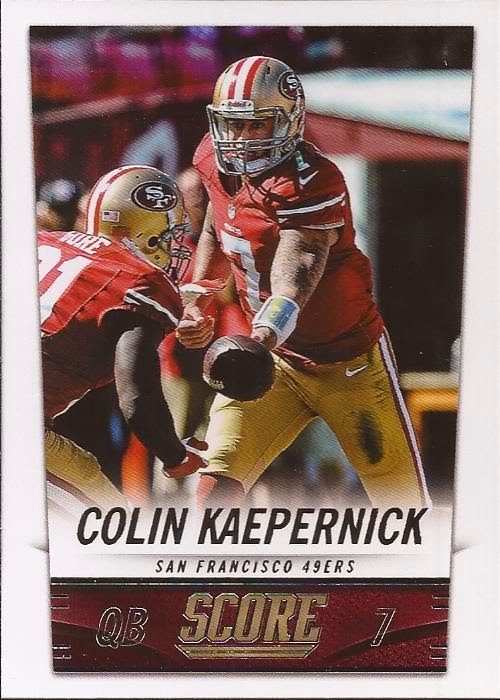 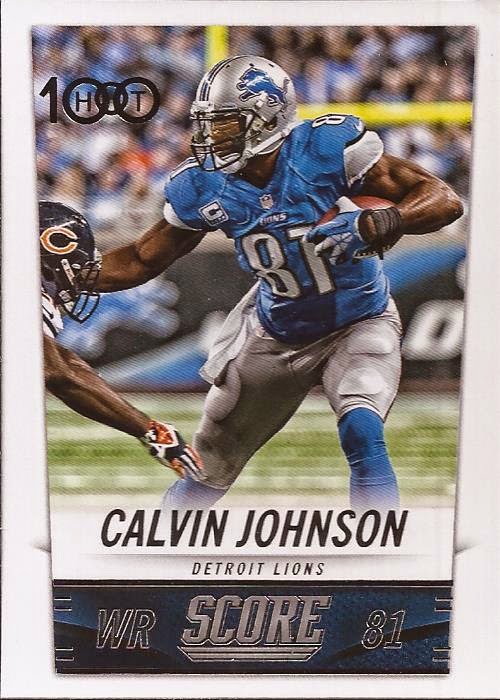 Megatron. Dig the Hot 100 foil logo in the upper left. This is just basically cards numbered 231 to 330. I don't believe they are short printed. 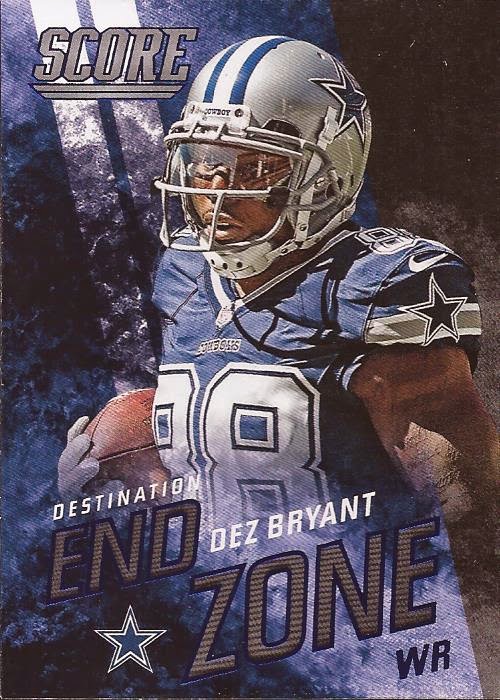 Destination End Zone insert. The design works. It really does. 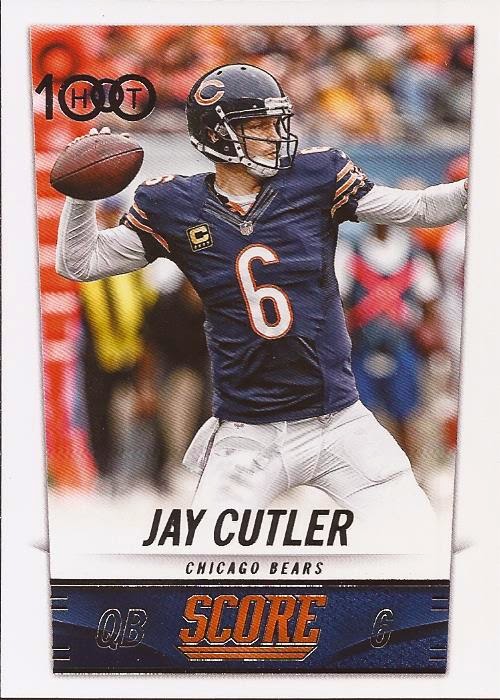 If want to to know what a Super Bowl caliber quarterback looks like, you find someone that DOESN'T look like this loser. Thank goodness the Bears dropped all that cash on him. 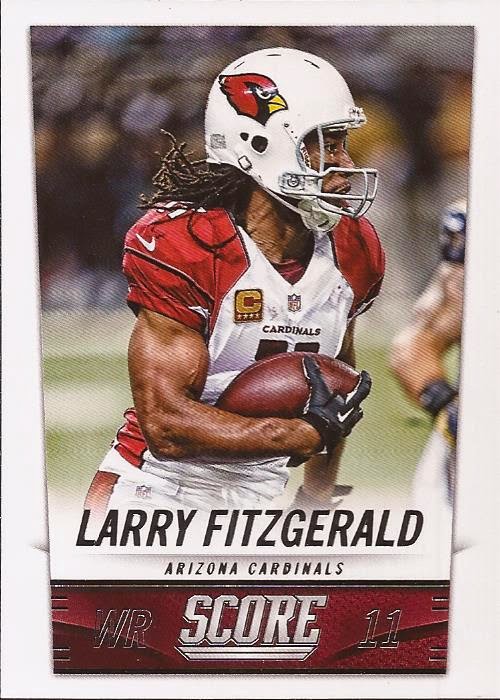 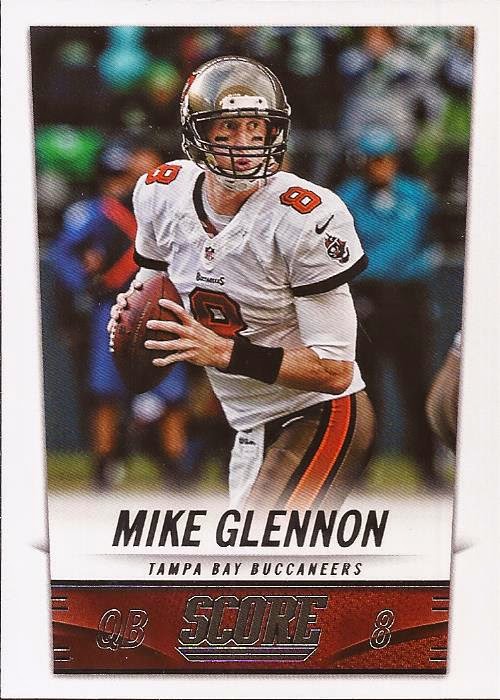 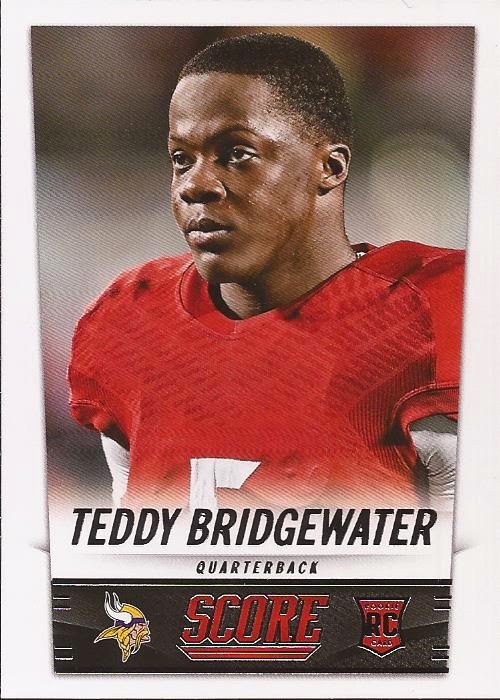 Cards 331-440 are the rookies. Appears to be a college uniform shop job. 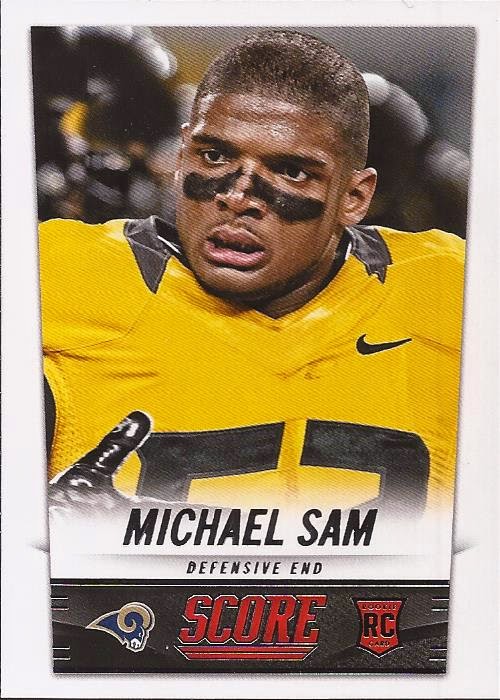 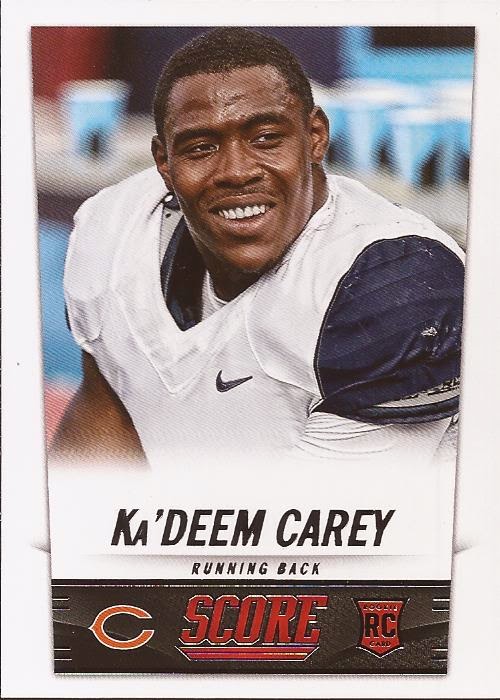 And we end here. I am voting for a black and white back with the team logo, a few years of stats and a small player bio on the back. Survey says..... 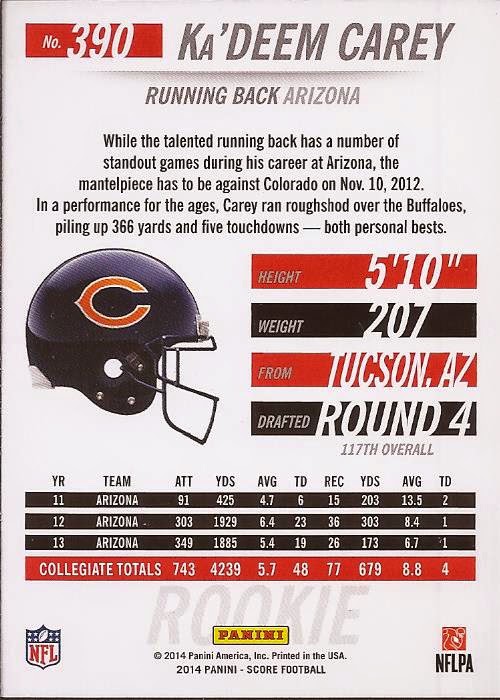 DANG! So close. Nice to see some color on the back. The helmet is a nice touch. This is the same look on the backs of the current NFL player cards - 3 years of stats with a career total.