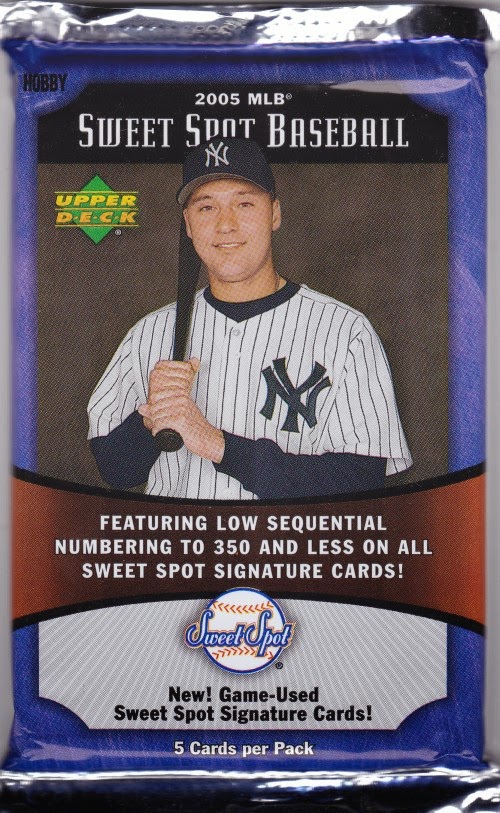 High end cards become a weird thing when you're picking them up out of a bucket on the floor, but that's what exactly here. I might be challenging the label of "high end" here a bit, but I believe that Sweet Spot was historically a premium brand name and that these packs use to go for more than a dollar and weren't always tossed in with early '00s WNBA packs and some sort of Pro Set stuff. Here's one of the five packs that I bought. I probably should've bought them all. 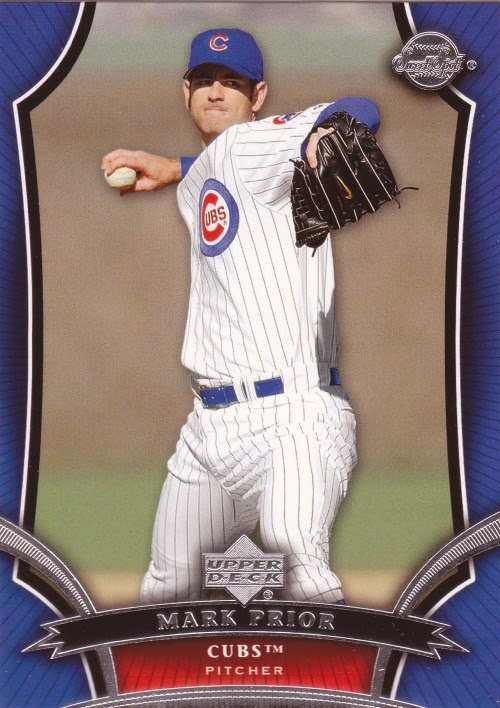 23 - Mark Prior - It's an inauspicious start. Prior was already showing signs of fallibility at this point. 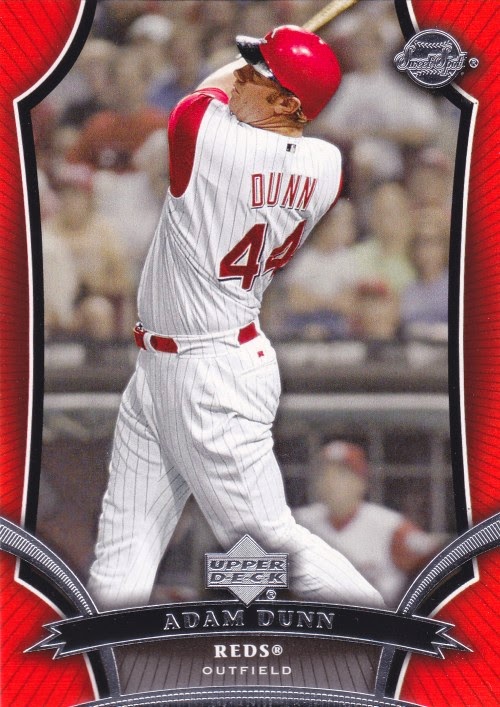 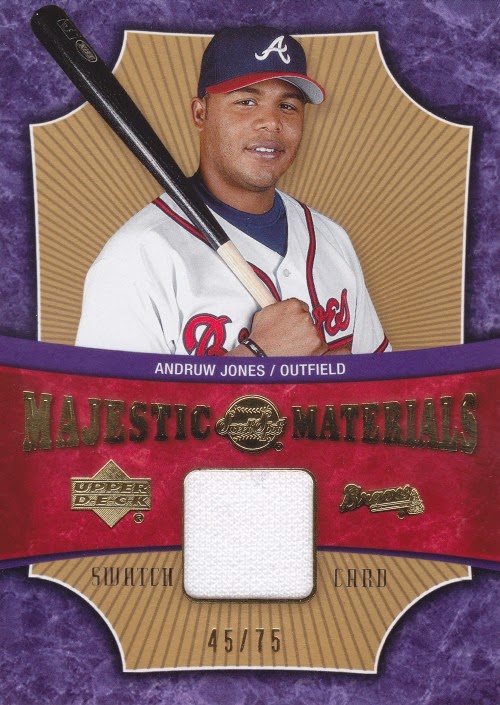 MM-AJ - Andruw Jones Majestic Materials (45/75) - That first $1 pack of Sweet Spot revealed a fairly low numbered jersey card of a guy who rode high for Atlanta for a bit. I know this card doesn't bring the big bucks at the local card show anymore, but I'd expect that many Braves fans wouldn't kick this out of their binders/top loaders.

84 - Richie Sexson - After seeing Sexson's card, however, you can't help but think he's dated and from a different era. Sure, Sexson's name wasn't necessarily thrown in with the steroid monsters a la Bonds, Sosa, Palmeiro and McGwire, but he's a guy who wasn't really productive after those other names were out of baseball. And he hit a lot of HRs for a spell.

Here's the obligatory peek at the reverse.

Wow not bad for a buck.
Where the heck did you find this for a buck a pack?