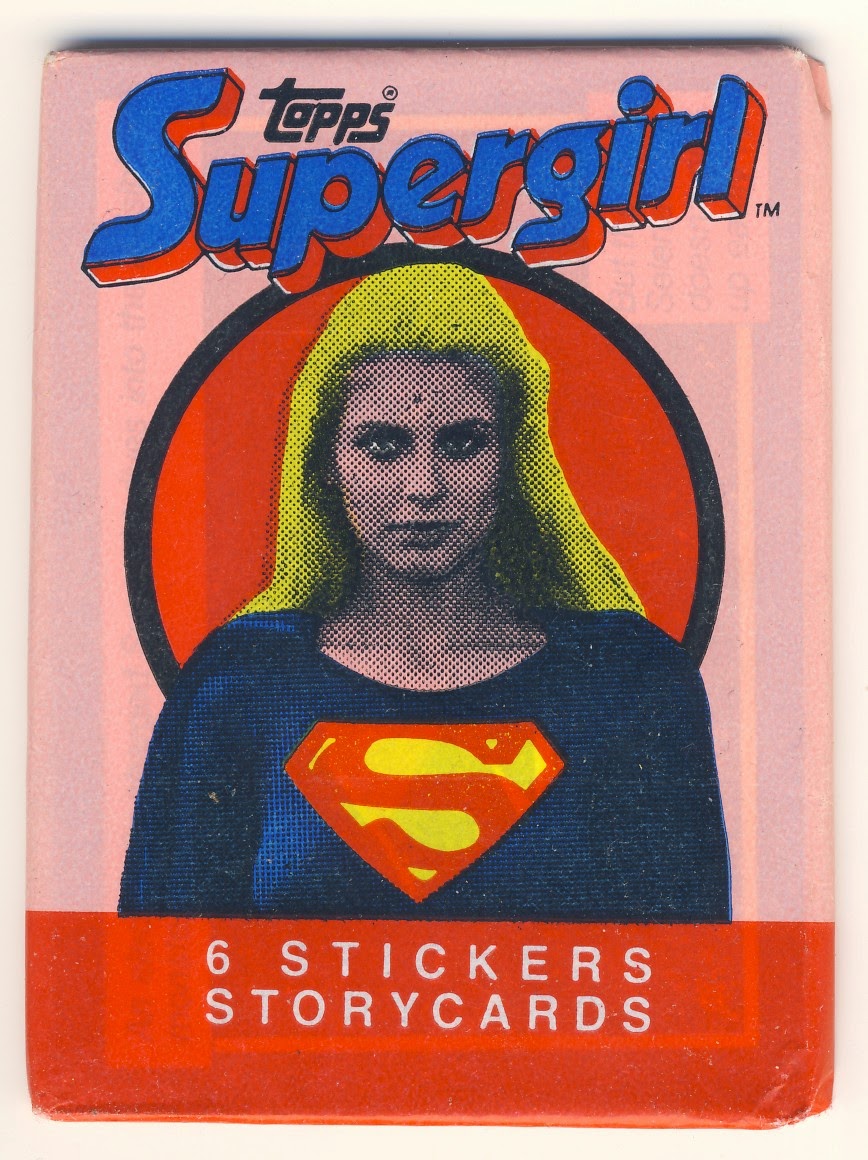 CBS recently announced that they are working on a Supergirl TV show and although it's a successful comic book you might not remember the 1984 Supergirl movie staring Faye Dunaway and Peter O'Toole no less. If you don't have time or an interest to watch the whole film let me recommend watching the episode of Best of the Worst that tackles Supergirl along with two other inferior super hero movies Captain America from 1990 and the Fantastic Four directed by Roger Corman.

Overall, you receive six stickers per pack with story cards on the reverse of each card. 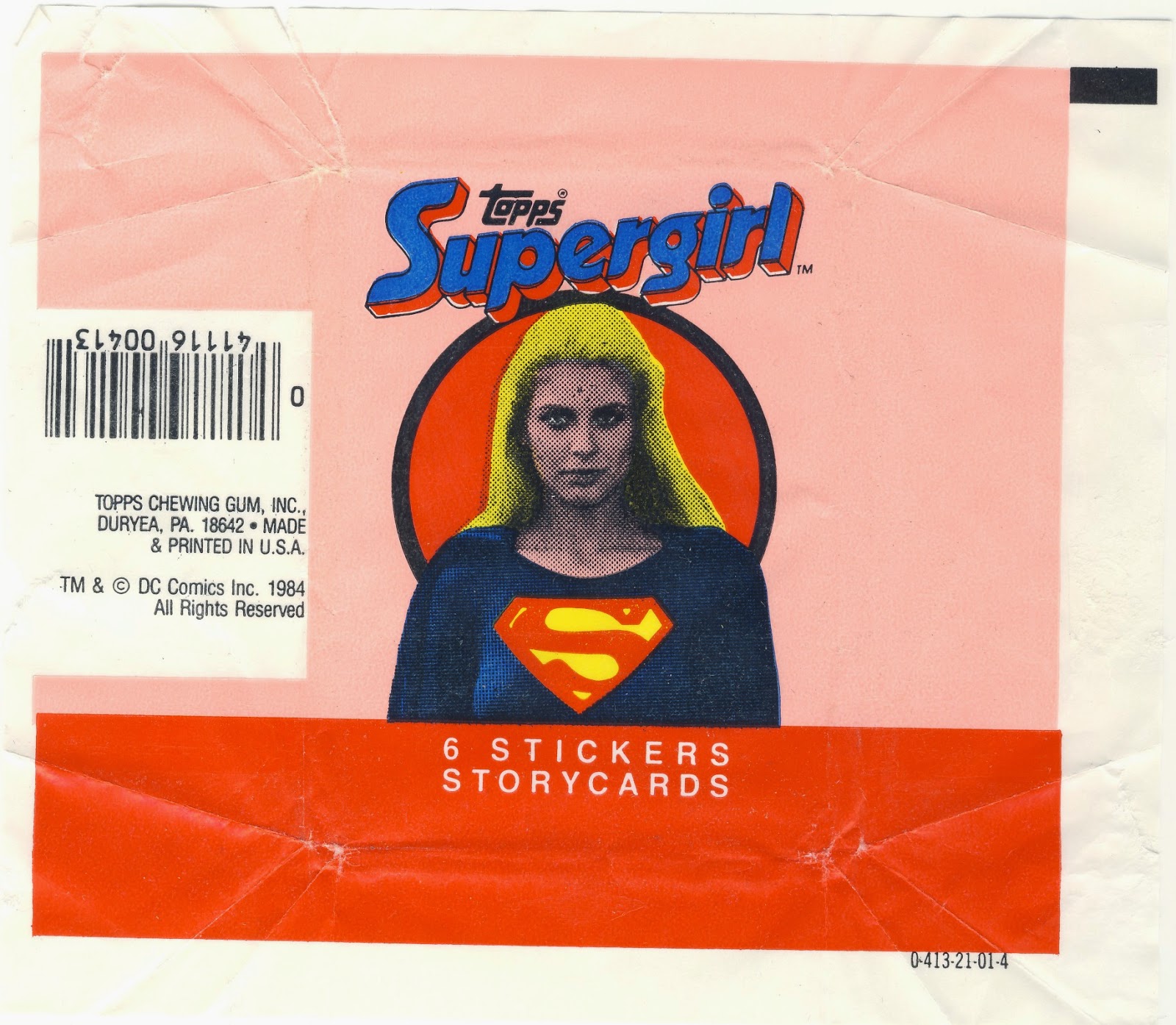 I picked up this pack for a quarter in the junk wax bin from a card show a few months ago.


Here's an example of what the story cards look like. They have a comic book layout with air quotes to help explain the action.

Supergirl's love interest in the film is Ethan played by Hart Bochner who you might recognize from his role in Die Hard as the sleazy ass hat  Ellis.

This one would make a good inspirational poster.

Admit it you want a Faye Dunaway sticker!

If you are interested in taking a look at the whole set head over to the Trading Card Database for scans of every card front and back!


If you an enterprising collector with a complete Supergirl set may I suggest you send them to COMC.com. In their vast library of card for sale I cannot currently find one card in the system. Overall the fact that the cards are stickers helps my opinion of them and it gives you a chance to get Dunaway and O'Toole cards from a set that isn't devoted to celebrities like Panini Americana.

I remember this movie and being so disappointed. But I also remember having a huge crush on Helen Slater after watching it.

Helen Slater made America better. Glad she showed up a few years later in the first City Slickers as well.