Written by JediJeff at 1:30 PM
I am not a high end box buyer. Heck, I rarely buy full boxes (something I plan to change this year). However, my wife has mad bingo skills, and won a round of BCK bingo a few months back at one of my LCSs pack wars. The winnings - your choice of boxes. So it was hard to pass on a high end offering like Panini Prime. 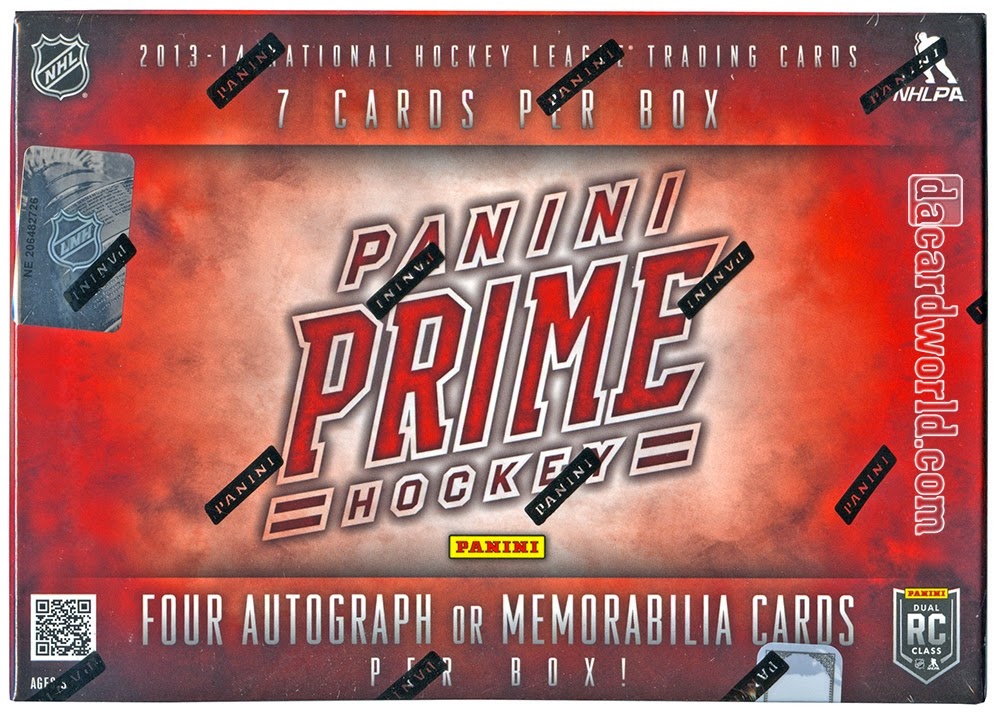 I threw away the box before I scanned it, so thanks Dave and Adam's for the screen cap. The pack within was a plain silver pack, so not worth showing. Seven cards in the box, four of them being hits. This is not a "did I get something" but "what did I pull". So let's have at it. 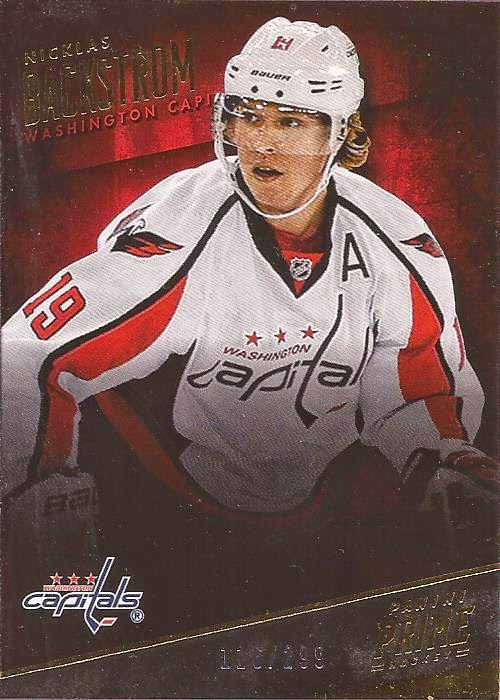 Do the math - 7 cards with 4 hits means you get three base. Here's what they look like. Decent layout, though really dark. Everything you can barely see is foil. 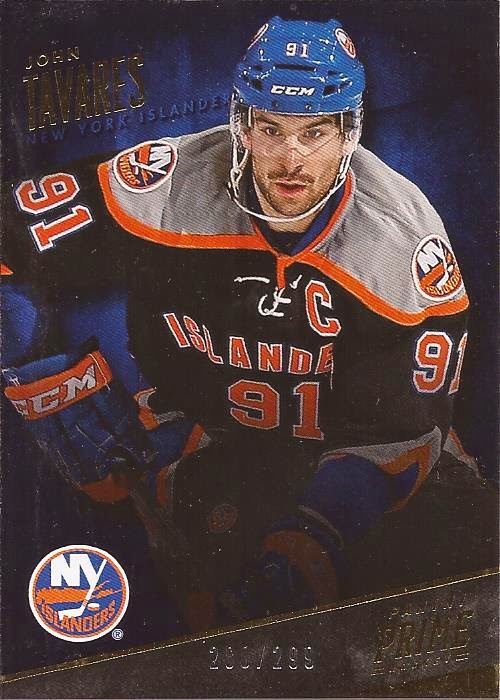 Thankfully, the Islanders got their sweaters right just before they move to Brooklyn. 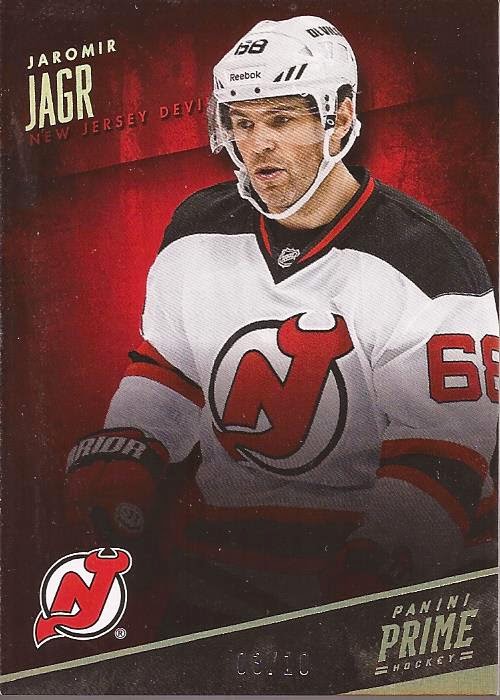 This one scans better as it was a rainbow foil numbered to 10. On to the hits. 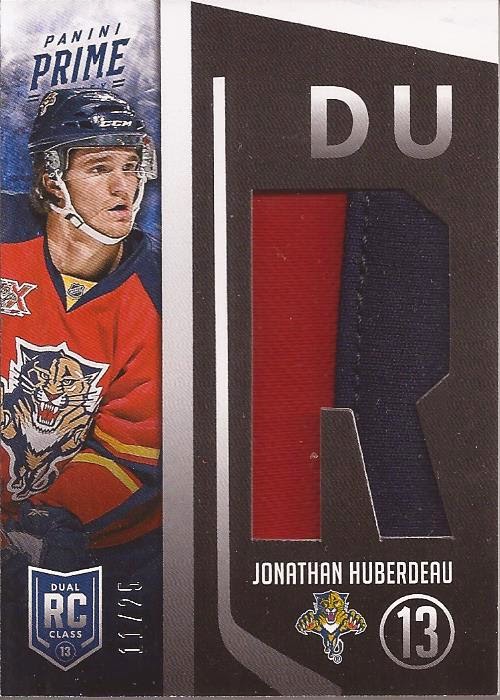 Nice two color swatch with a seem on this card of Nuberdeau. The design needs some work, though. That huge, out of place "DU" is because this is for the duel rookie class. 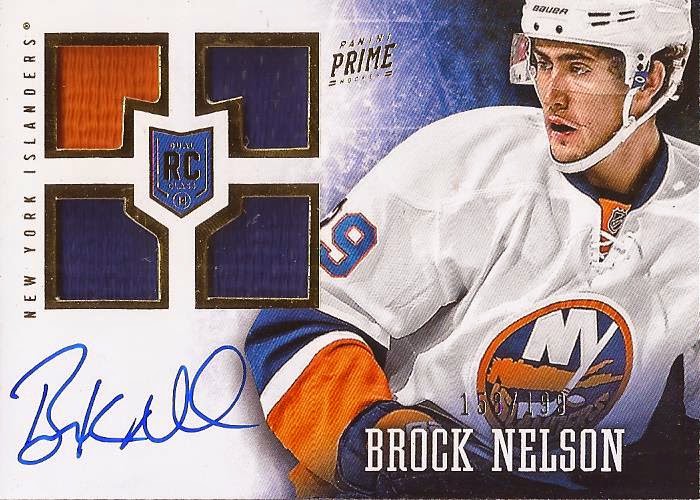 Quad swatch and on card auto of current Islander Brock Nelson. One swatch of orange with the 3 blues. 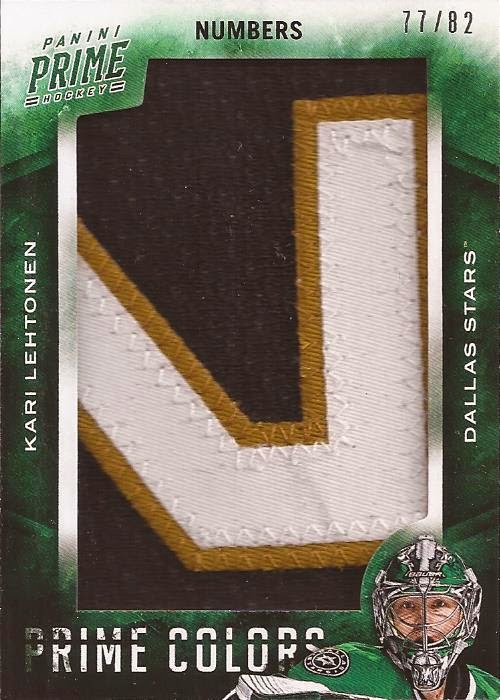 Not a Stars fan, but love this Prime Colors swatch of Kari Lehtonen. It's part of the number 2 from the sleeve that came off the old sweaters that were retired after the 2013 season. 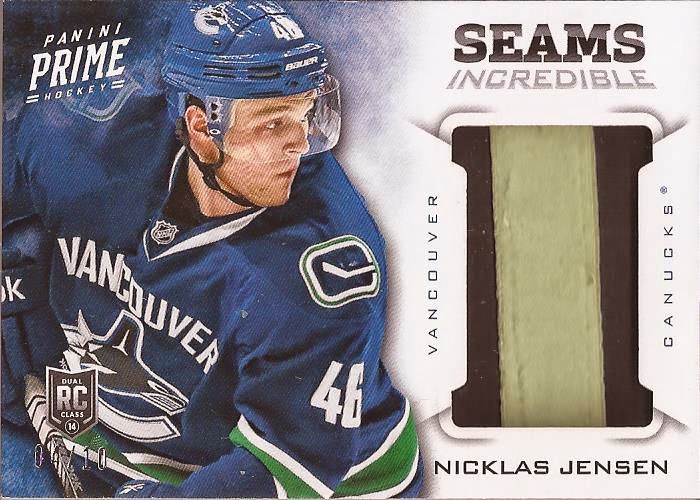 This is an interesting set. It's the inside seam from the uniform, and these tend to be popular on ebay. Though, Jensen is not so great a pull as he only has 19 NHL games under his belt and is currently laboring in the AHL. 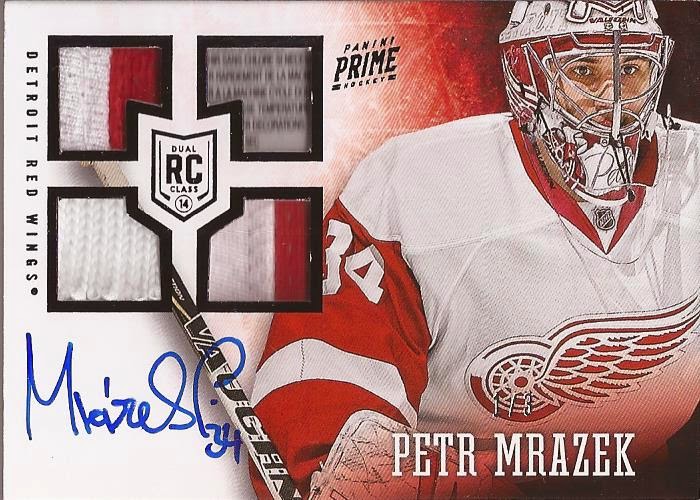 Here's the big hit of the box. Numbered to 3, it's a quad auto with a laundry tag in the upper right window. This was a meh pull, until the Dead Wings lost their top two goaltenders and Mrazek finally got his chance in net. He's doing well, currently with a 9-3 record in 13 appearances.

Awesome box! I loved Prime the last couple years & got some AMZING hits from it. If that Lehtonen's tradeable, let me know.

Love the Stars hits. Nice going on the bingo win.

Is the Jensen for trade? If so, please email me at caitlinjennings64@yahoo.ca

The cards are too dark or is it just my eyes?

The base are that dark.