Written by JediJeff at 6:36 PM
I have 39 scan folders for this site. Today, the randomizer picked the last folder in the directory - MVP hockey. Here's a set that has been around a few years (I can't find the exact number online), and is basically the Collector's Choice of Upper Deck. Especially since Upper Deck renamed Collector's Choice to MVP. 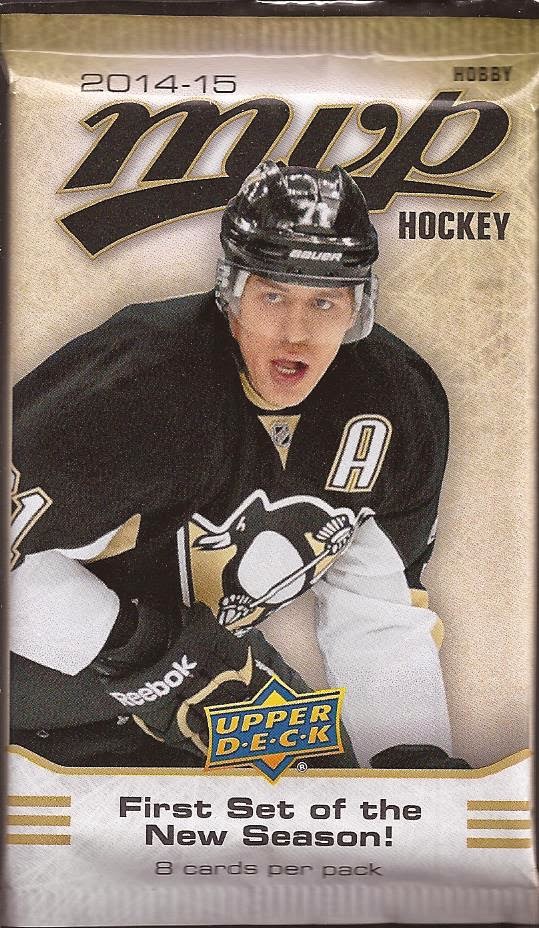 No Sid, Ovech, N-H, Hall or any or the standard that have been on packs. Post boy honors go to Evgeni Malkin. Pack looks nice with the colors matching the Pens sweaters. That won't last when we look at the cards, but let's just soak it in right now. Eight cards in the pack. 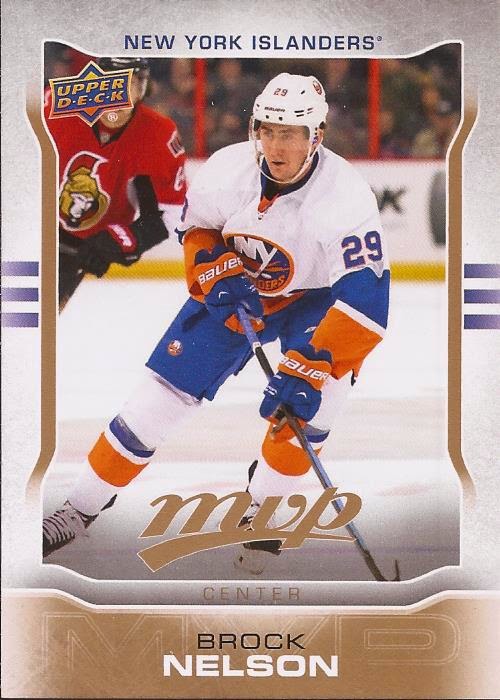 Oooaf!!! This is a set that needs to be retired. The designs are poor with far too large of frames around the images. And is that a Donruss racing stripe running through the middle? 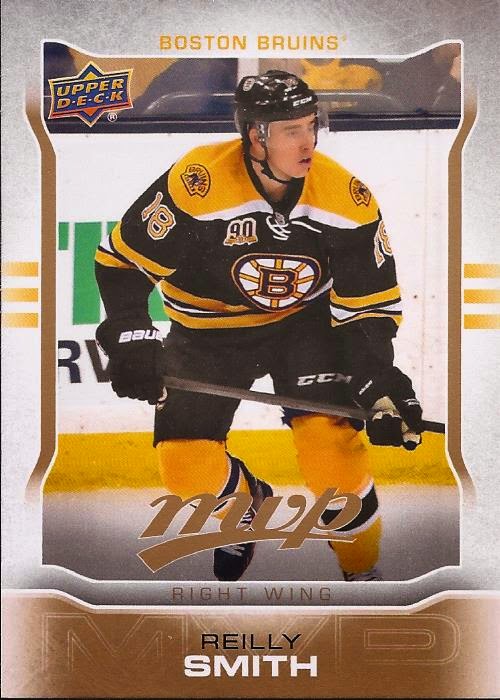 As you see the racing stripe changes with the club. Works for the most part when the team has some yellow in their palate. 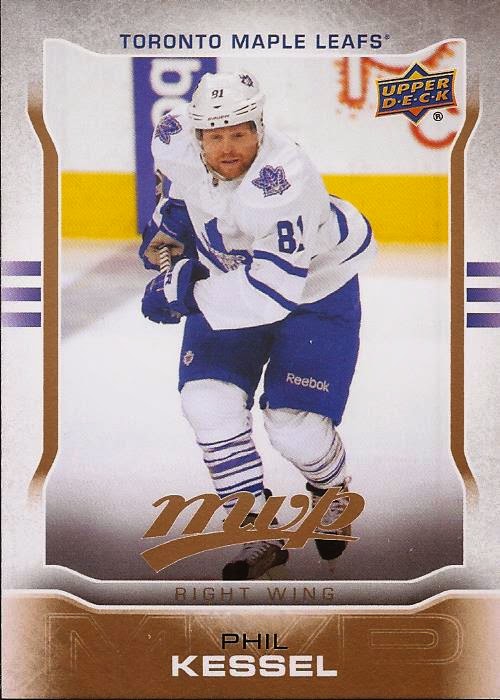 Not so much with blue. 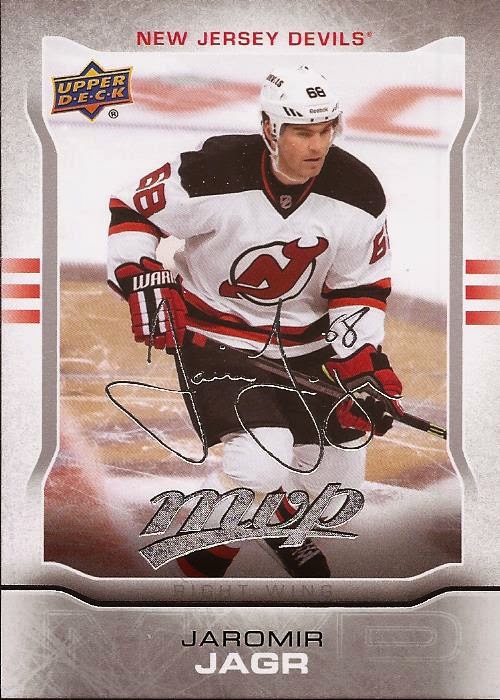 Or red. This also is a silver signature parallel, which fall one per pack if I recall. 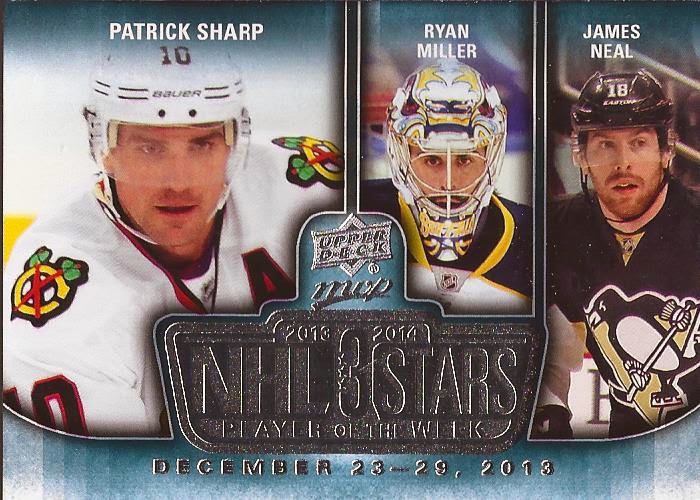 Nice idea for a subset, with the 3 stars for the week. The badge, though - yeeeesh!!! Make it smaller! 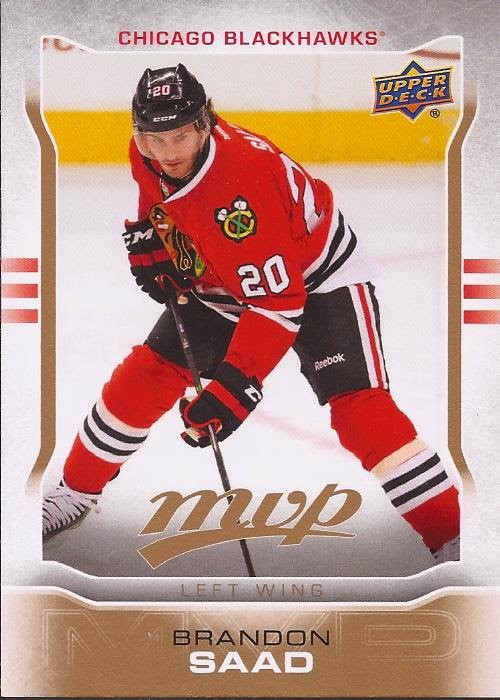 Yes, it's a Blackhawk. Even they can't make the base set work. 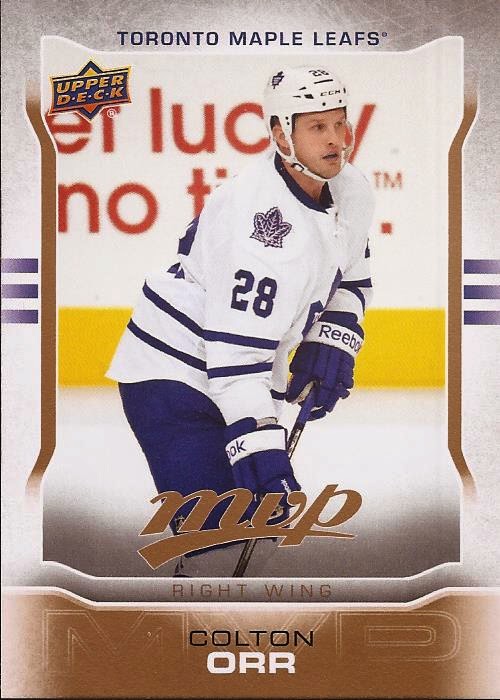 One last card to endure. 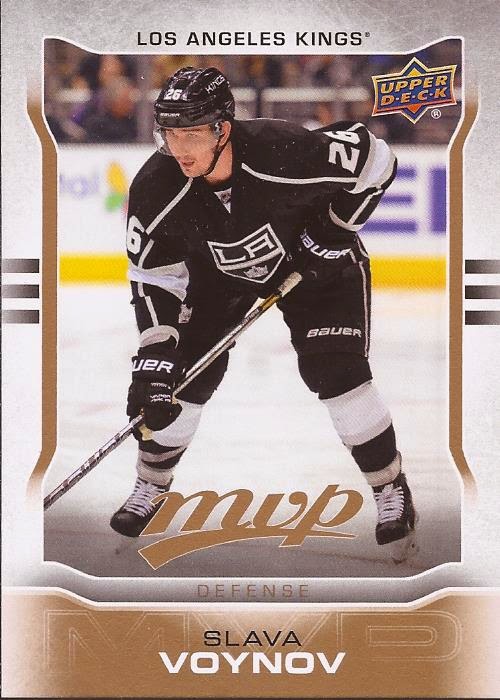 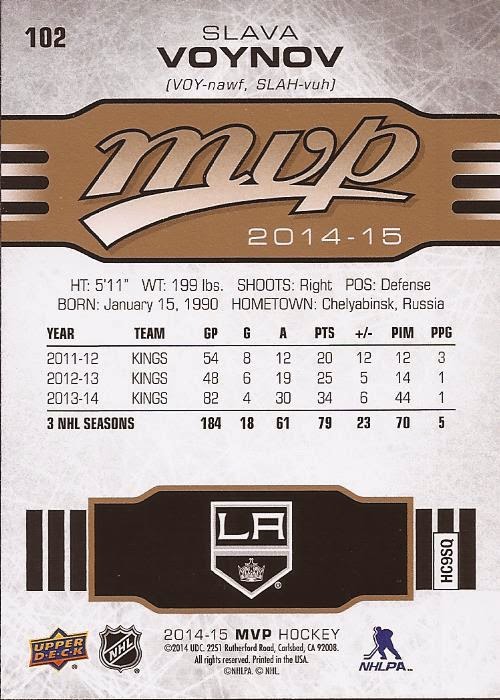 I like the pronunciation guide under the player's name. Major points for that. Logos for the product and the team are too damn big. You will get more years of stats with more seasons in the league. Not sure if it's full career stats. None of my players have that much NHL experience.

Eh - it's a pack of cards. Nothing great.

Come to think of it I can't think of a single MVP set that I actually like. This year's no different. Thanks for posting and saving me a few bucks!

The pronunciation guides would be better if Upper Deck actually researched things. A few years back they had Byfuglien listed as something like bigh-FEWG-lee-ehn when it's BUFF-lin. Asking someone instead of assuming is always better.