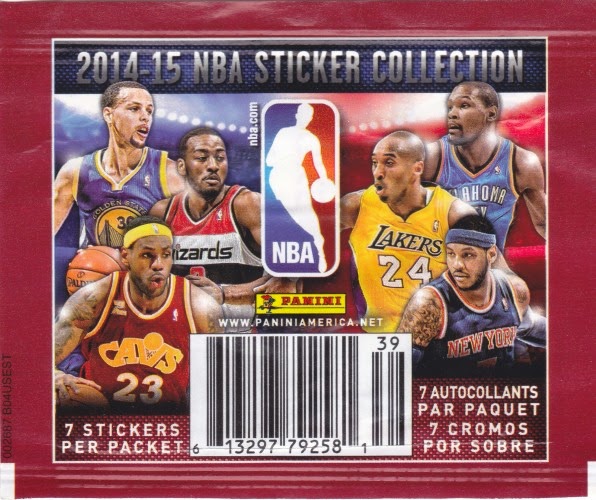 Stickers are what Panini has always done best, or at least done... Anyway, these still exist. I like stickers and I like sticker albums, but I don't quite like the NBA enough to put together an album. I am still working on a 1990 Panini MLB sticker album like a fool, but that's another story. I just buy these to look at a few of them and put the Blazers away in a binder for safekeeping. 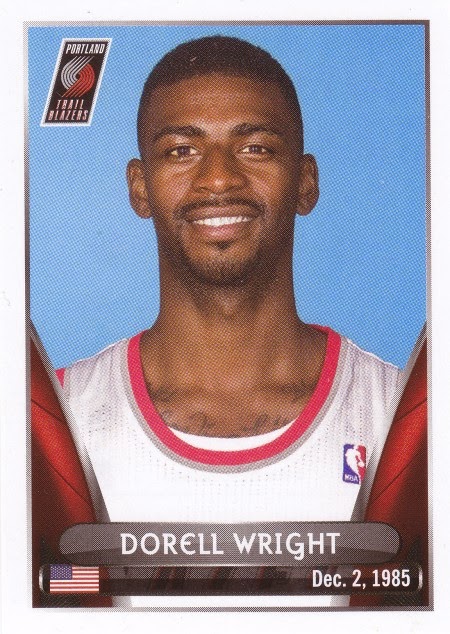 308 - Dorell Wright - It's no coincidence that a Blazer is the first card out of the pack, and that's because I'm a PACK SEARCHER and you can see right through these things. I snagged the pack with the Blazers 10th Man (or 5th guy off the bench, essentially) who has been rather disappointing in his time with the team so far. He's a 3 point specialist on a team full of 3 point shooters and hasn't really distinguished himself as of yet. I surely sent some kid home crying to his mama because I stole the best pack in the box. 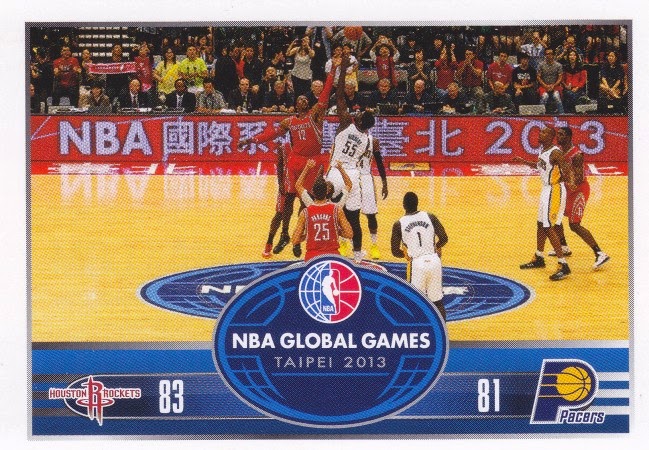 408 - Rockets vs. Pacers NBA Global Games Taipei 2013 - This is apparently a thing that happened once and Panini decided to commemorate it on a sticker. There must be a ton of stickers in this set, because NBA rosters are half the size of MLB rosters and this card is numbered higher than any Topps baseball set since the '90s. 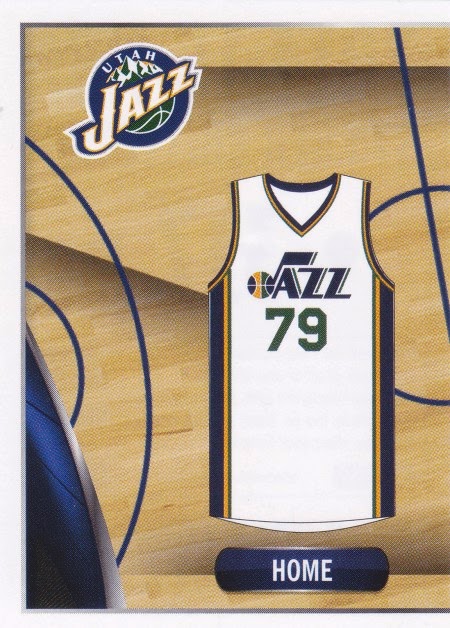 219 - Houston Rockets Logo (Foil) - Every good sticker album set has its foil cards, and these certainly have a look to them. I'm not sure what to say about it just yet. 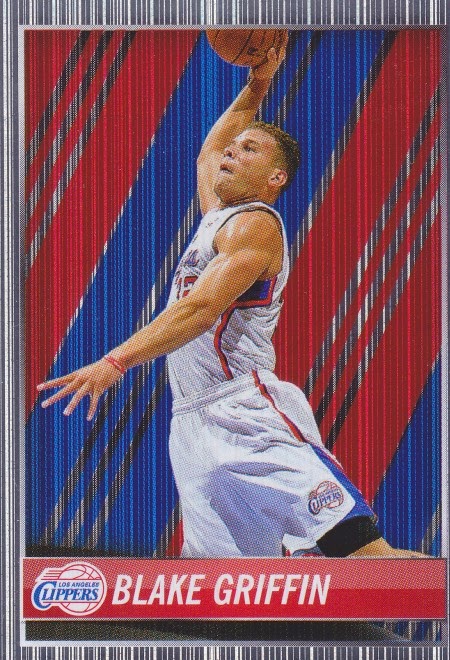 342 - Blake Griffin (Foil) - Not pictured, the Kia that he must have jumped over. And the basket. And everything else. (Can a large basketball player actually fit in a Kia? No! Of course not!) 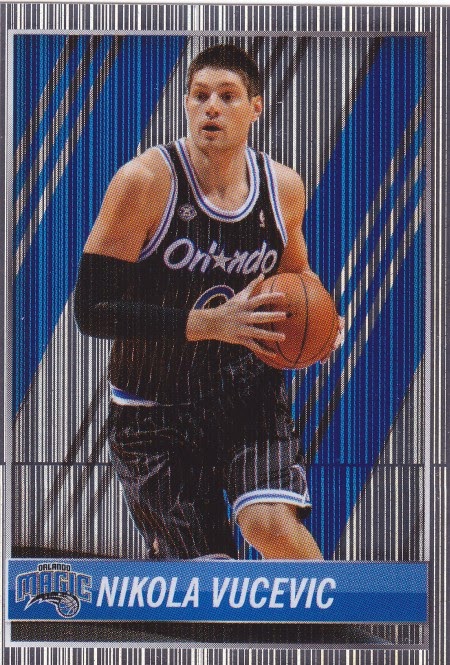 172 - Nikola Vucevic - For a few years, Nikola was the best Nikola in the NBA, but he now has a scrappy young Nikola Mirotic to contend with. 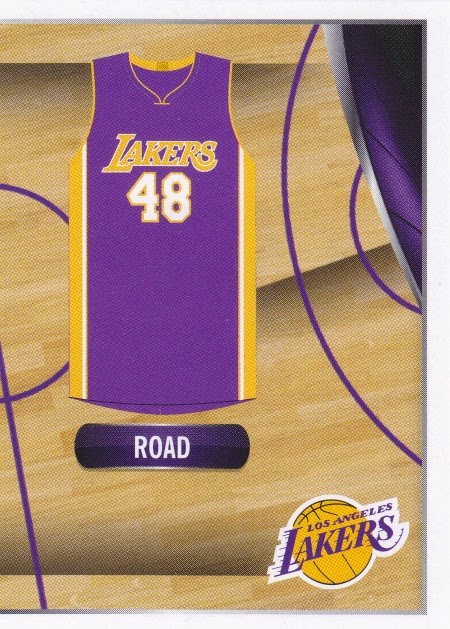 357 - Los Angeles Lakers Road Jersey - Gross! Normally I turn Lakers cards around so you aren't blinded by their awfulness, but the back of a Panini sticker is really nothing to look at. Still, I regret this tremendously.